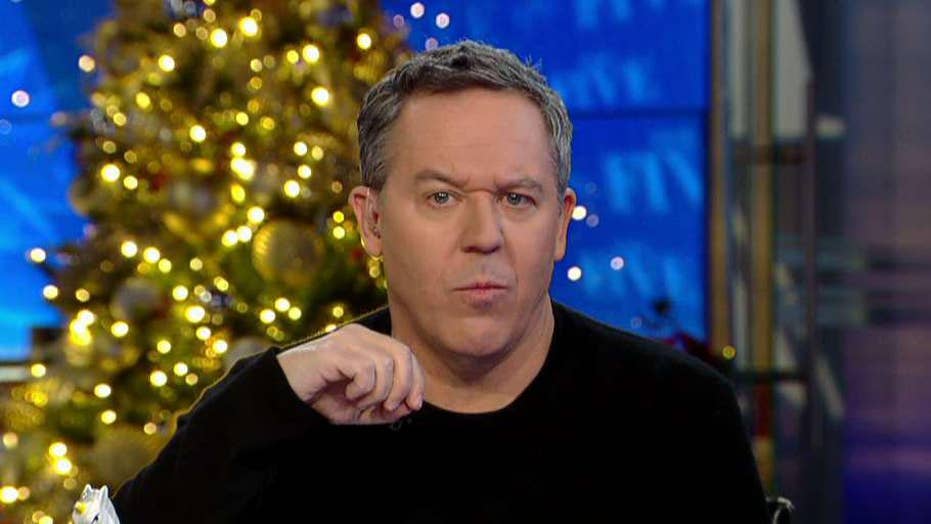 Gutfeld on swing states turning away from impeachment

Media attacks on President Trump come off as deeply emotional hatred of the voters themselves.

If you live in the swamp, you die by the swamp.

That's why it's good once to peek your head above the gators in the media to see what’s really happening on dry land in places like Saginaw, Michigan, a swing state that voted for Trump in 2016.

Axios held a focus group of voters who once voted for Obama but who now support Trump. It's a small sample, but it's still a window into the real world that most media prefer to board up.

STEVE HILTON: DEMOCRATS KNOW TRUMP IMPEACHMENT IS A BUST — BUT THEY SHOULD PAY A PRICE FOR WHAT THEY'VE DONE

The gist? These voters see impeachment as a bust — a distraction that wastes time and money, and worse: a ploy to regain political power.

In sum, they see what CNN would rather keep secret from you.

What drives these beliefs? It’s a profound distrust in the media's Trump obsession, including the drooling impeachment coverage. They're like sullen teens at a Comic Con, battling an imaginary villain and thinking it's all true.

The more they attack Trump, the better he looks — and the crazier they look, because the attacks come off as deeply emotional hatred of the voters themselves. Those are the people who put Trump in office, and they still don’t regret it.

So, why take advice from thin-skinned, half-educated trolls who mock you behind your back while denying that Trump's done anything good?

With impeachment, the media are full of kids at the wheel, unable to navigate the twists and turns of reality, skidding into the idiotic premise that this will all work out.

So, every day, they crawl through their own wreckage, believing they have everything under control — even while they fly head-first through reality.