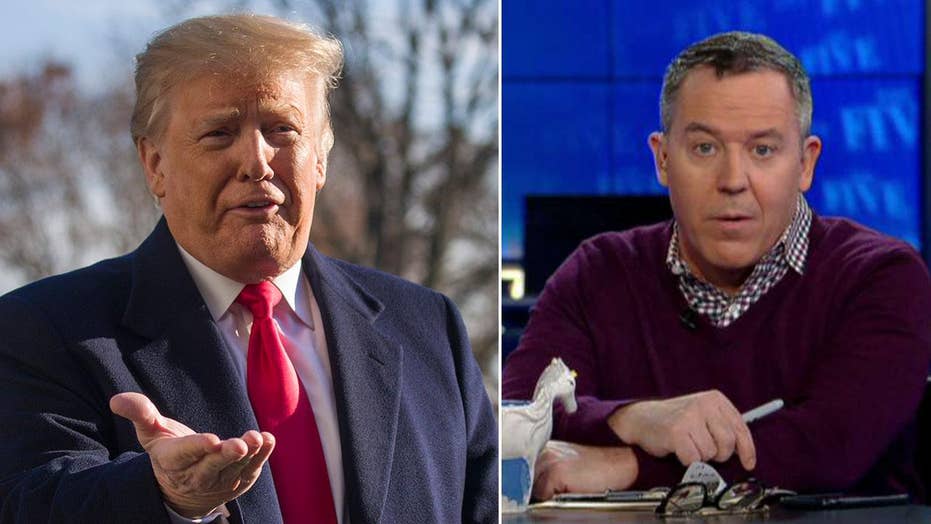 President Trump to address border crisis during nationally televised speech from the Oval Office; reaction and analysis from 'The Five.'

If you're in New York today, you may be wondering why every journalist is walking around breathing into a paper sack.

It’s because Donald Trump is giving a major televised address about the border. Whatever he says, you know it'll all be fact-checked by liberal journalists who, under Obama, were mysteriously AWOL.

But none of it matters to Nancy and Chuck, who've made the political, personal.

After all, if you had agreed to what Trump wants many times before, why are you rejecting it now? The border's only gotten worse since Democrats said this:

Hillary Clinton in 2015: “I voted numerous times, when I was a senator, to spend money to build a barrier.”

But now, their story has changed. Why? Has the situation improved? Hardly.

But they recalculated: They can agree with Trump … or decide that that is worse than human trafficking and drug smuggling.

In 2016 more than 20,000 unaccompanied children were stopped at the Mexican border, a 102 percent jump from the previous year. We don't know how many got past the Border Patrol and ICE.

But that won't matter to Chuck and Nancy, because human trafficking may be bad, but not as bad as cooperating with someone they hate.

But this inaction, isn’t new.

In 2014, Obama was criticized when in one month, more than 10,000 unaccompanied kids were stopped and released at the border, a doubling from the previous year. The Dems were criticized for ignoring the warnings, just as they should be criticized now.

The Dems did nothing.

Now Trump's actually trying to do something, and they're just standing in the way. Why? They hate him. They can’t let him win, even if it saves lives of women and children.

Which is why the only wall you’re going to see is Chuck and Nancy.