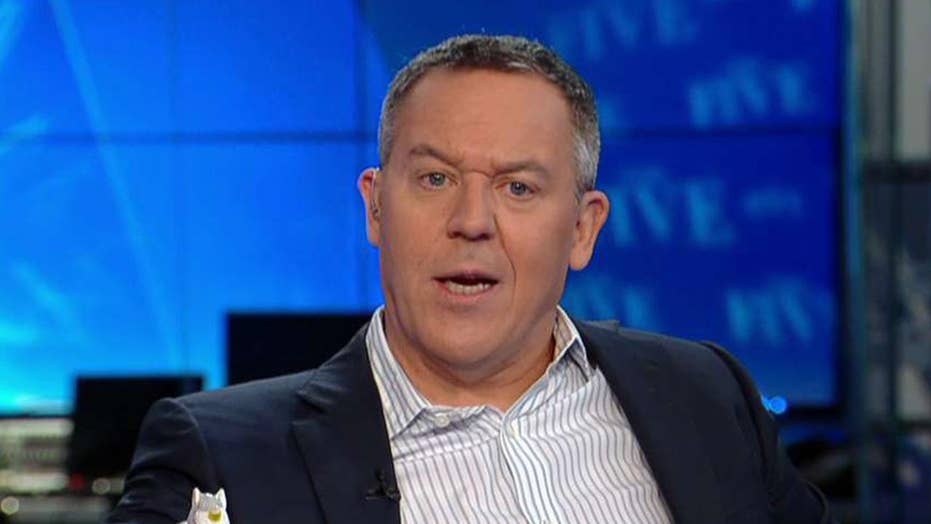 Gutfeld on Trump's reaction to the Ukrainian witch hunt

President Trump unleashes on Democrats and the media amid impeachment hysteria.

Kick a guy for three years, and he's bound to kick back.

Yeah, President Trump is pissed. Why the hell not? The media spent 36 months creating a hurricane of hysteria. Now, they rush to their fainting couches when he comes out fighting. Sorry, his reaction is real. Media outrage is not.

If you're still looking for proof of how the media manipulates you, NewsBusters revealed that the networks devoted seven hours to the whistleblower's complaint while giving 46 minutes to Hunter Biden's sweetheart deal.

Two allegations: one treated like Watergate, the other, water under the bridge. You'd think Hunter would become the "huntee" after making $50,000 a month for having the right dad.

Nope. The media's brave firemen put that story out as soon as they saw smoke.

Of course, the media will say you can't compare what Hunter and Trump did. They're right. Corruption is actually worse than talking about it.

And you just know the press is already working overtime to dismiss this huge story about House Intelligence Committee Chairman Adam Schiff, D-Calif., getting the whistleblower's claim first!

How will they preserve their feverish fantasy? Maybe Adam can write it for them.

So now you got an angry president, happily cultivated by a small group of semi-literates working in one marginal pseudo-profession, all hoping to throw a country into crisis in an era where everyone has jobs and peaceful times.

Why? They hate the guy. But it's also their business model. Without division, there are no dividends.

How can you face your friends at the Hamptons if you're not demonizing Trump? Better to be cool than to be correct, country be damned.