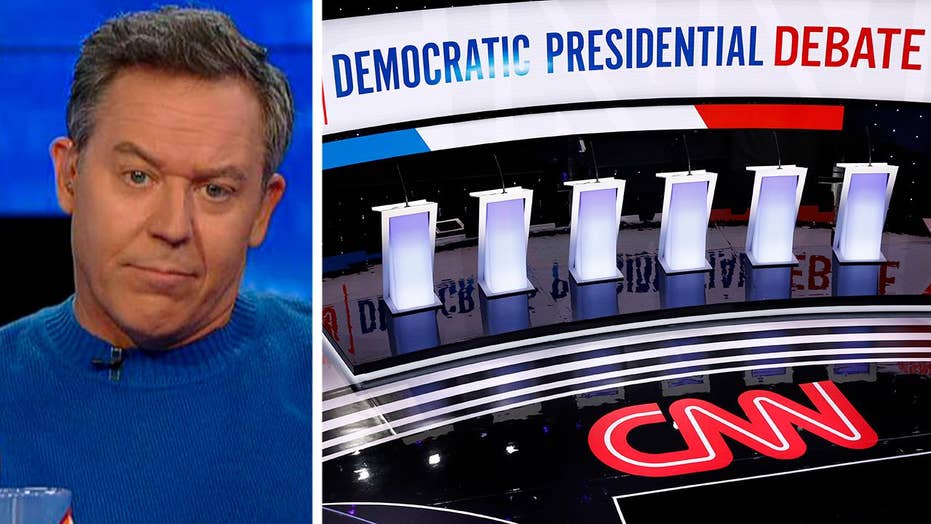 Gutfeld on the worst debate ever

Without original thinkers like Andrew Yang or Tulsi Gabbard, those on stage for the Democratic presidential debate seemed bored by their own words.

If you had watched any of the Democratic debate, you'd think someone drugged your food. You'd find more signs of life on the moon.

The story was no longer about the forgettable candidates. It was about a network that once again inserted its own biases into the event.

NEWT GINGRICH: AFTER IOWA DEMOCRATIC DEBATE, PARTY COULD GET ITS NIGHTMARE: TRUMP'S REELECTION

Phillip: Senator Sanders, I do want to be clear here. You're saying that you never told Senator Warren that a woman could not win the election.

Sanders: That is correct.

Was that a question, or an Abbott and Costello routine? It might have been be the funniest debate moment ever.

Once again, CNN interceded on behalf of a candidate. Remember when Candy Crowley shielded Barack Obama from Mitt Romney? Or when Hillary Clinton got debate questions before facing Sanders?

Now, I ain't no "Bernie bro." He's a socialist, and he spent his adult life on the wrong side of history.

The Democrats should be worried. Without original thinkers like Andrew Yang or Rep. Tulsi Gabbard, D-Hawaii, those on stage seemed bored by their own words.

Former Vice President Joe Biden disappeared into the podium as Tom Steyer stared at you like a glazed stalker on the subway. It seemed like a group unprepared to face President Trump.

In fact, if you were a space alien and you saw two screens, one with the debate and the other with the Trump rally, you'd think these events were beamed from two different planets. One populated by meek, insignificant creatures, and the other ruled by fierce monsters with unusual hair.

If I were that alien, I'd know which planet I'd happily invade, and which one I'd steer clear of.

The fact is, your party's in trouble when the most memorable moment comes from a moderator.

I'd say CNN should be embarrassed, but that would be impossible.