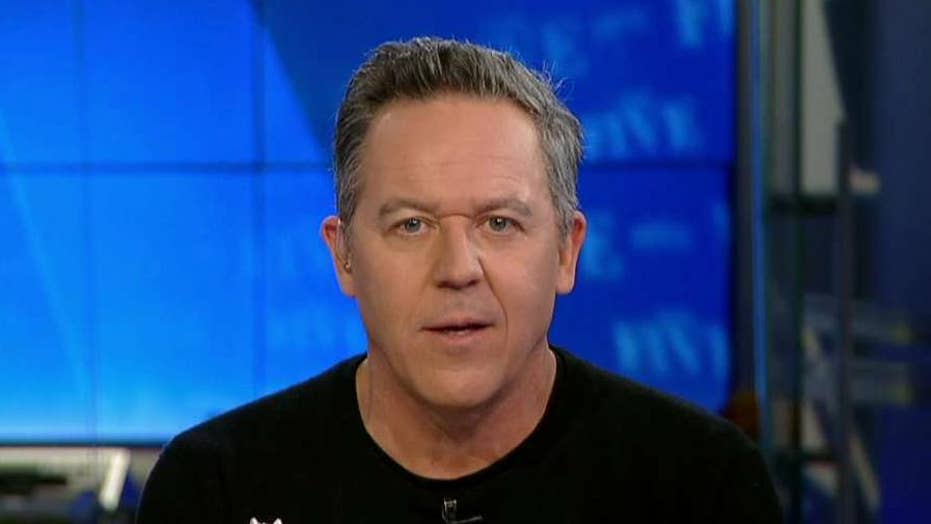 Gutfeld on the media and Democratic response to Iran

As the post-game analysis of "Operation Desert Burp" continues, we realize that for President Trump's critics, peace means defeat.

If you listen to the media right now, it's like we killed Lady Diana or Elvis.

"When Princess Diana died, for example, there was a huge emotional outpouring," Chris Matthews said on MSNBC. "Elvis Presley, in our culture, he added. "It turns out this general he killed was a beloved hero of the Iranian people to the point -- look at the people ... look at the crowds coming out. There's no American emotion in this case, but there's a hell of a lot of emotion on the other side."

I'm almost impressed by his stupidity. Chris, you've been around. Iran can form a crowd over a sneeze. And they'll shout "Death to America" over anything, including when HBO canceled "Sex and the City."

And that idea that killing bad guys makes them martyrs? We better not kill any more bad guys. By that logic, we should've stayed out of World War II, and left Usama bin Laden and Abu Bakr al-Baghdadi alone.

But, in the media's world, Trump is Hitler, and a terrorist is Martin Luther King Jr. "What you’re describing feels like the kind of unified national outpouring that is reserved for a small handful of figures in any country, I mean, a beloved president, a civil rights leader like Martin Luther King in the United States," New York Times podcast host Michael Barbaro said.

But Trump once again has driven critics to defend the indefensible.

Remember when they bashed Trump for being mean to MS-13?

Now he's got the "The View" applauding white racists! The show's audience applauded news that a white supremacist tweeted his opposition to Trump.

As the idiots squawk, Trump rolls on, handing out great ideas like gift baskets. We don't deserve him.

Meanwhile, former Mayor Pete Buttigieg tweets that maybe we should share the blame for that downed plane -- even though Iran did the shooting.

And he's running for president.

So Trump once again foils his critics, not just by being right, but by letting them be so wrong.

"They made a serious mistake ... by taking this terrorist action against Commander Soleimani," Masoumeh Ebtekar told CNN. Does she sound familiar to you?

Maybe that's because, when ABC News asked her many years ago whether she could envision killing Iran's American hostages, she responded, "Yes. When I've seen an American gun being lifted up and killing my brothers and sisters in the streets, of course."

I'm thinking, CNN: maybe don't get an opinion on America from someone who threatened to kill American hostages.

But I guess the network has to find one person outside their own newsroom who's mad Gen. Qassem Soleimani is dead.

That's hard, because that one person -- Soleimani -- is dead.