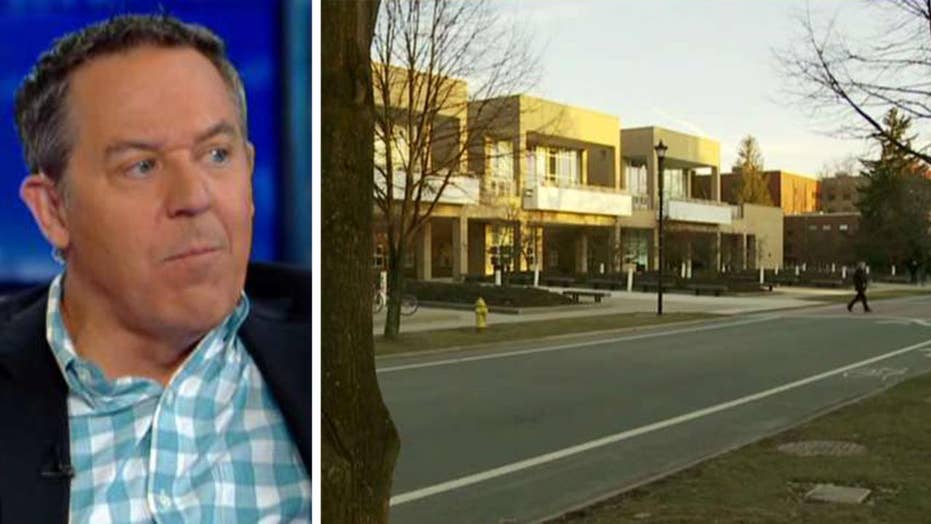 Gutfeld on Oberlin College losing $11 million to a bakery

When a story about racism falls apart, the activist media slink away without addressing their own role in magnifying the lies.

It’s the old two-step. The activist media run big with a story about a racist act. Then when the story falls apart, the media slink away, without addressing their own role in magnifying the lies.

Finally, the public's catching on. Smollett, Covington and Kavanaugh. Now add the Oberlin case to this education on fakery.

A jury nailed Oberlin College and the college’s vice president and dean of students, Meredith Raimondo, with an $11 million penalty for siding with three black students who claimed they were racially profiled at a bakery in 2016. The case got press and there were massive protests targeting the bakery – and not just by students, either.

The dean distributed a flyer, claiming the bakery had a history of racism. And he encouraged a boycott. The bakery went through hell, for obvious reasons.

But finally, truth won out. The students pleaded guilty to attempted theft, admitting they weren't profiled.

So, once again, what the media first promoted turned out false. And we should be glad, that – again – the demand for racist stories exceeds the supply.

America's better than the media think, which is why, to most people, the media mean nothing.

But I doubt such hoaxes will stop until the media and academia admit their roles, which won't be soon. Oberlin just blasted the verdict.

But other schools must be quaking, as Oberlin learns a hard truth: Don't believe in the vigilante media without evidence, just because the accusation fits your ideology.

That education cost them millions. Unlike their diplomas, it’s worth every penny.