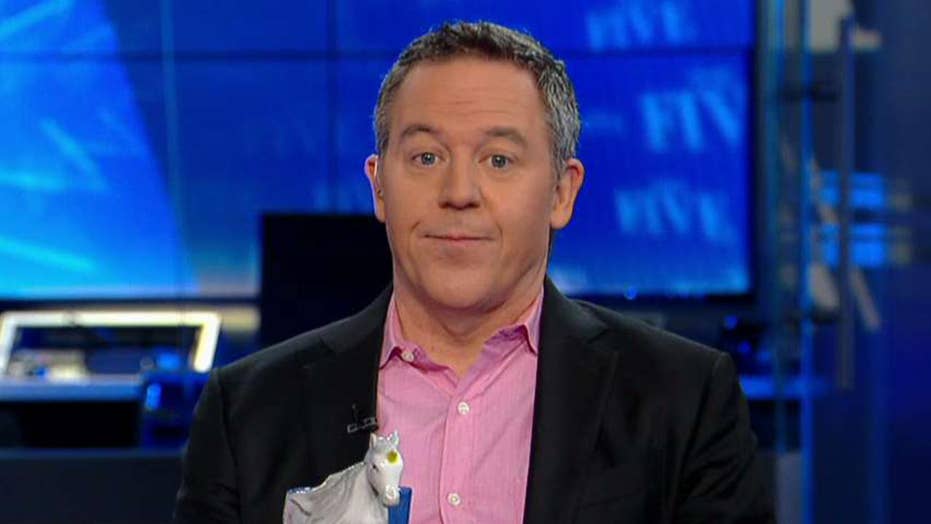 Gutfeld on Democrats pandering for votes

Democratic 2020 hopefuls are bending over backwards to impress voters.

It’s hard to run for president. Every day is a test on how far you'll bend for approval. It's a limbo bar for your character – no matter how low others go, you got to go lower. Here's how the 2020 race is shaping up for the Dems:

First, there’s Democratic Sen. Kamala Harris of California, getting low about getting high.

Asked if she had ever smoked marijuana, Harris said she did while in college: “I have. And I inhaled. I did inhale,” she said. “Listen, I think gives a lot of people joy and we need more joy.”

KAMALA HARRIS SAYS SHE LISTENED TO SNOOP DOGG, TUPAC WHILE SMOKING WEED IN COLLEGE YEARS BEFORE THEY MADE MUSIC

Asked what music she listened to when she was high, Harris responded: “Oh my goodness. Oh yeah, definitely Snoop. Tupac, for sure. For sure.”

Now, you can say she lied: she was in school before Snoop or Tupac made records. But when you're high it's possible she thought she was listening to them.

But Kamal was just playing character limbo – trying to convince the left that she was rolling doobies, not drug dealers. That’s the pander: a prosecutor pretending that she never prosecuted.

“I think it would be malpractice (not to seek a woman running mate, but) I'm not going to make any specific commitments,” Booker said. “But we clearly should have – I believe there should be a woman president right now and I worked very hard to get one – but we have such a great field of leaders, I think that you will rarely see a Democratic ticket anymore without gender diversity, race diversity. I think it's something that we should have. So I'm not going to box myself in, but … you know I'll be looking to women first."

A perfect gentleman doing the limbo. He knows a man should open the door for a woman. Figuratively, not literally. That would sexist!

Then there’s former Starbucks CEO Howard Schultz, who is considering running for president as an independent. He claims he wants to pay more in taxes.

Schultz recently said: “I should be paying more taxes, and people who make this kind of revenue, and are of means, should pay more taxes."

Of course, rich people who say they want to pay more taxes are just rolling under the limbo pole.

Here’s a tip, Howie: write a check to the U.S. government, sign it and leave it blank. The IRS will do the rest.

The queen of pandering? Liz Warren, Democratic senator from Massachusetts, showing up at a Native American conference. She can’t stop. Because she's a politician, and politicians will do anything for approval.

Which is why President Trump is so refreshing.

At different times, President Trump has said these things:

?       “You do love your dogs don't you? I wouldn't mind having one, honestly, but I don't have any time, I don't have. How would I look walking a dog on the White House lawn? Feels a little phony – phony to me.”

That’s the opposite of pandering. While everyone else is buying a focus-grouped breed of cockapoodle, he says nope, not for me.

I guess he likes his animals well done.