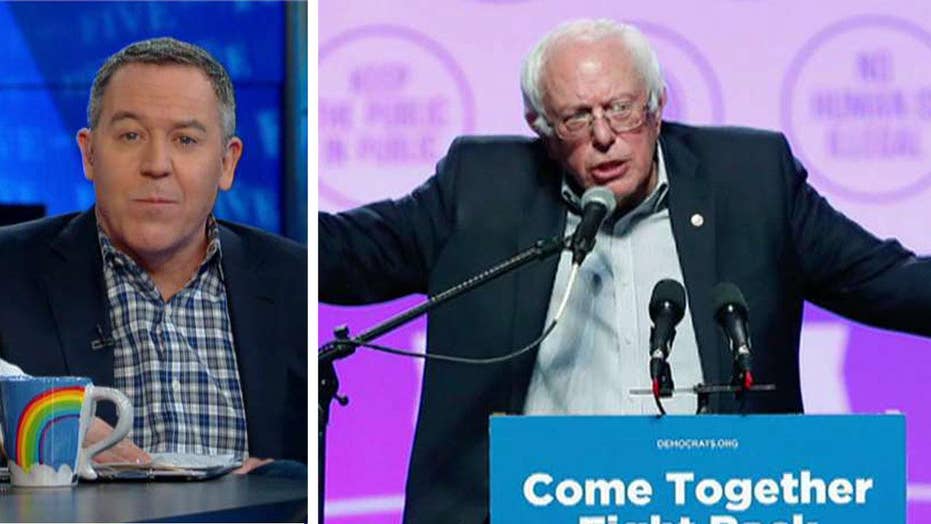 It's the golden rule of socialism: When asked how it works, focus on the ends and skip the means.

On CNN, Sen. Bernie Sanders of Vermont, a self-described Democratic socialist seeking the Democratic nomination for president, was asked by Wolf Blitzer if America would ever become a socialist country.

Sanders said: “I am elected president, we will have a nation in which all people have health care as a right, whether Trump likes it or not. We are going to make public colleges and universities tuition-free. We are going to raise the minimum wage to a living wage of at least 15 bucks an hour. And whether Trump likes it or not, when I talk about human rights, you know what that also means? It means that our kids and grandchildren have the human right to grow up in a planet that is healthy and habitable.”

It's the golden rule of socialism – when asked about how it works, focus on the ends and skip the means. Because in the end, we all want free stuff: health care, school, cheeseburgers – free  anything is awsome. Especially if you believe that "free anything" exists

It doesn't. Take the "tuition-free" joke. More than 8 million student borrowers have defaulted on their federal loans for higher ed. Why?

Thanks to all that free and easy money from the loans, there's no incentive for colleges to cut costs and no reason not to go. Education costs tripled, debt exploded. Now the streets are paved with English majors. College administrations ballooned because the loans inflated the tuition.

It looked like "free," but now you're broke. Which means you can't buy cars, goods or homes. Because you're busy paying off Uncle Sam. That’s how you kill industries. That's socialism. It’s a drag on the economy. And on you.

Still, so many think voting socialist means all your debts are forgiven. If students are debt-free, colleges must be cost-free. Free buildings, free books, free beer! Free you! Free me!

Socialism's talent is getting people like Sanders to lie about "free." Because who doesn't want a free life? Capitalism is such a drag. Like gravity – it's a downer.

But if America's slow death is boring, let’s skip to the finish line. To Venezuela, where disputed president Nicolas Maduro detained a reporter for showing a video of people eating from a garbage truck. Free food! In a socialist paradise, that's what you call a “Bernie burger.”