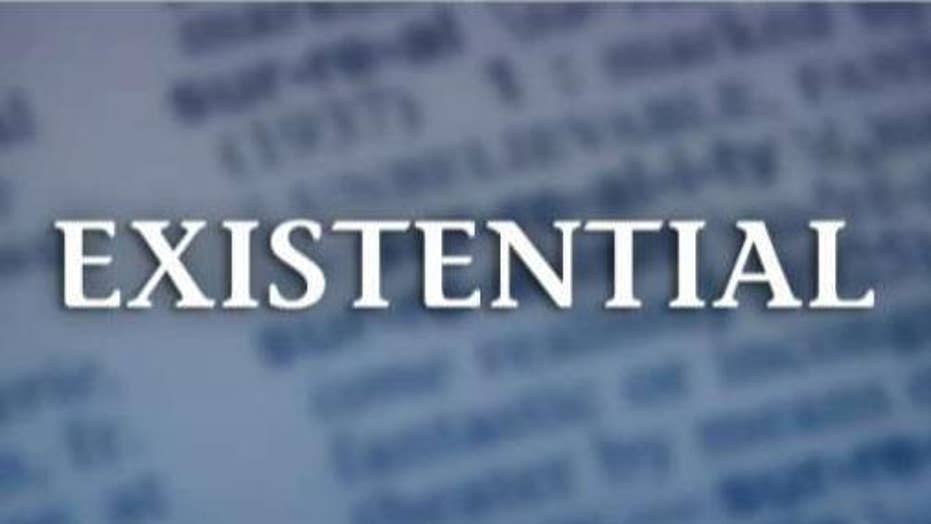 Gutfeld on 'existential' being word of the year

Dictionaries used to be awesome. Now they're just like every other medium: Full of anxious social climbers, straining for relevance.

Dictionary.com has named "existential" its word of the year.

Why? Not because you used it, or because anyone in real life has used it since college. If you said ever said "existential" in college, it meant you weren't a business major hoping for a real life. By which I mean a grown-up life with taxes, bills and brats.

That word was picked because desk-dwelling media types beat it to death.

When they’re faced with good news, they just call Trump an existential threat. In the absence of a physical threat, they push a psychological one.

Just look at the measurable stuff, such as the economy, jobs and terrorism. You see all of the numbers trending positively. That leaves the media with just one option: push things that can't be measured in order to predict gloom and doom.

Remember, none of these smarty pants saw the internet as an existential threat to dictionaries. Or even bothered to look up the word “existential” in a dictionary. Yet., here they are, desperately competing for attention while the whole planet ignores them.

Which is why Oxford Dictionaries picked “climate emergency” as its word of the year, even though it's two. Oxford said its use reflects the “ethos, mood, or preoccupations of the passing year."

Translation: it's what rich, elite liberals parrot as they board planes for a holiday in France.

I remember when dictionaries were awesome. They contained words, not the politics of pretentious editors. Now they're just like every other medium, full of anxious social climbers straining for relevance.