Where are we in this pandemic?

But first to the pandemic news that's affecting our nation's political elites.

In Washington, D.C., strip clubs have allegedly been warned about their dancers not wearing masks.

In a hard-hitting investigative report, the Daily Caller finds that multiple strip clubs have violated the mayor's order on masks. This includes apparently the strippers who are supposed to cover their noses and mouths, even if their butts aren't.

Now, this is a personal point. I would not mind the rule in the daytime, you know, when the clubs aren't exactly fielding the first string.

But really, how can you enjoy a good lap dancer if you can't understand the stripper's story about how she's just doing this temporarily to put herself through med school? And what kind of mask do you wear when stripping?

I had to ask Stuart Varney, and no, they do not make an N-95 in latex. God knows I've looked all over Pete Hegseth's office.

But the strippers, I bet they're not pleased. We go to one for comment.

VIDEO PLAYS OF A BEAR DANCING AGAINST A TREE TRUNK

Bear strip club. I can dream.

On the other coast, it's worse. The L.A. Unified School District said it's banning students from wearing cloth masks. They must now wear well-fitted, non-cloth masks with a nose wire at all times, including outdoors.

Well, at least that'll prepare them for a future in stripping, or smash-and-grabs, which are both very popular vocations in L.A. right now.

But what are you supposed to do? I guess it's time for …

Here's one thing we didn't expect: how authoritarianism was unleashed in businesses by our government.

The government made the regulations, which put it on waitresses and hostesses and mattress salesmen to force you to comply.

And then it was up to the cops to arrest you if you didn't.

While the government looks benign, it's your neighbors who became the enforcers. What better way to unify a nation's people than force them into the roles of cops and robbers?

You couldn't divide people any more efficiently with a table saw — and I've tried.

But you know what? A lot of people liked it. People became OK with incremental authoritarianism like the frog in that slow-boiling water — an experiment I'm sure Fauci invented, the sick bastard.

They enjoyed the moment without knowing how it all will end. Like giving Jesse Watters his own show, it gave obnoxious people power.

See, authoritarianism doesn't just show up one day screaming, "Hey everyone, I'm an authoritarian." It comes gradually, step by step, like an undetected malignant tumor. It just grows.

And who knew that entertainers and journalists — usually considered skeptics of power — would happily embrace becoming The Man?

HOWARD STERN: This is what I call face mask freak-out. You know, I've made it clear I can't stand seeing people walking around without a mask.

WHOOPI GOLDBERG: This is what we're doing to protect our families, and you don't have to do it, but stay away from everybody.

GERALDO RIVERA: It's also a question of manners — good manners.

The world is not your house that you can make childproof, and you can't leave it to bozos who see risk only being acceptable at zero. That destroys society. You'd have to lock yourself in the basement to survive.

And like I said to Joe DeVito's robot girlfriend, that's no life. But it's hard to explain this to people in love with their own authority.

You can't wrestle fear away from them. Like a vaping pen to Kat, it's too important to them.

The people in charge right now aren't risk managers. They're a-- protectors trying to keep themselves from being fired, sued or even arrested.

And they deserve little respect, given they never clearly gave us the whole story. Think about it. They've been applying the same risk profile from one person to the next without any clarity.

A 10-year-old skateboarder somehow has the same risk profile as a 65-year-old obese smoker, so they both must mask up and outside.

It's like hiring a tax accountant for your 6-year-old who ran a lemonade stand because it's April and you just never know.

It's why they never talked about obesity and other metrics of bad health. They preferred you scared. Screw them.

Remember, it wasn't you or me who made the virus and let it out. It was them. If it were you, you'd be receiving your dinner through a slot in your cell door for the rest of your damn life.

But the people who thought it was fine to increase lethality and contagiousness of coronavirus in Wuhan are now lecturing us about risk. It's nuts. Let's hear it from Bret.

BRET BAIER: Jan. 27 — Fauci has been told the National Institute of Allergy and Infectious Diseases has been indirectly funding the Wuhan lab through EcoHealth Alliance, a U.S.-based scientific nonprofit that had been working with novel coronaviruses. Jan. 31 — Dr. Christian Andersen, a noted virologist at the Scripps Lab, privately tells Fauci that after discussions with his colleagues, some of COVID-19's features potentially look engineered and quote, the genome is inconsistent with expectations from evolutionary theory. 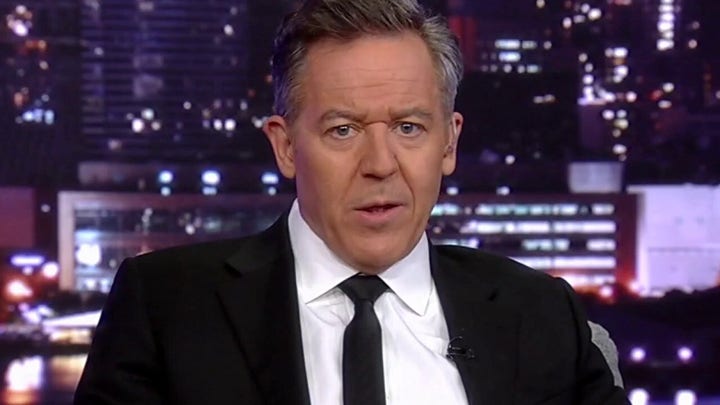 So when will they be held accountable? I predict it'll happen when Kat beats Tyrus in arm wrestling. And now they talk about a new variant of omicron.

LEANA WEN: We could have another variant arise in the future that looks more like omicron than previous variants.

There you go. It's the war-without-end framework. And so as one variant leaves, another one shows up. As one battle fades, return with a new one.

It's COVID. It was also in climate change. It's also in racism. You'll keep paying for an emergency that never ends.

And we've seen how wars with no end game end up going on forever. Vietnam, Afghanistan, the drug war, "Sex and the City."

The only way to stop that madness is if you do the stopping. Public sentiment ended those wars.

And it's time to do the same thing now, because it's not me who decides when this ends. It's you. You understand risk. You follow the science. As we close in on Feb. 1, it's time for some good old-fashioned group civil disobedience.

Don't wear the mask. Hell, burn the damn thing. That worked with bras and draft cards in the 1960s. And also the house I burned down because the voices told me to.

When someone asks you to re-mask, say, "That's not following the science," and then leave. Go somewhere else.

If we all do this together, it ends, because if you don't do it, no one will, and then we're all screwed — hopefully at the strip club.

This article is adapted from Greg Gutfeld's opening monologue on the January 26, 2022 edition of "Gutfeld!"