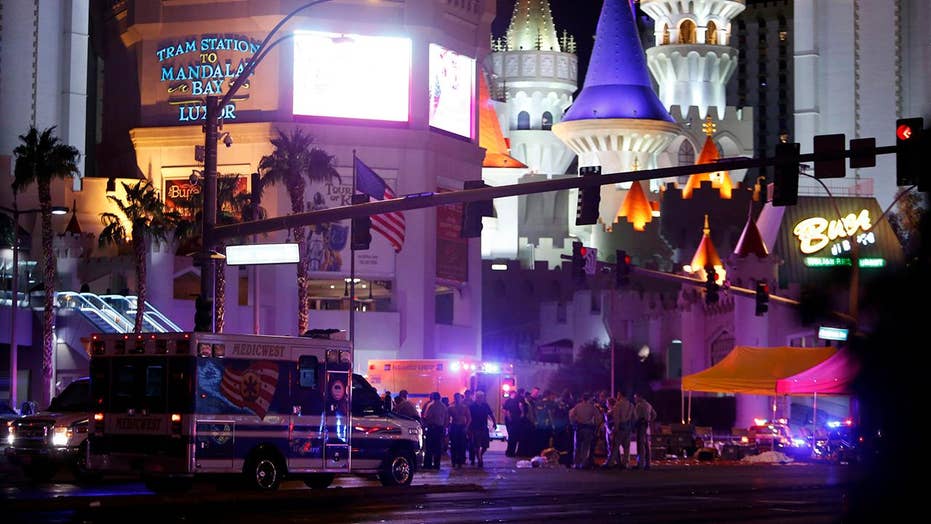 Trace Gallagher reports on the aftermath of Stephen Paddock's attack on the Route 91 Harvest Festival from a room on the 32nd floor of the Mandalay Bay Resort and Casino.

Within hours of the horrible attack in Las Vegas, before we knew most of the relevant facts about the tragedy, gun control advocates were calling for more gun control.  Here is something I would like those advocates to consider: Europe, which has all the gun controls that are being pushed in the aftermath of the Las Vegas carnage, has actually suffered more bloodshed from these types of attacks than the U.S.

You heard that right: Countries such as France may have made all semi-automatic guns illegal, but that hasn’t stopped killers from getting fully automatic machine guns to use in mass shooting attacks. All four of the 2015 mass public shooting in France involved machine guns, including the 130 people killed in November of that year in multiple attacks including one at a concert venue.

In the 1970s, 80s and 90s, Europe saw machine gun attacks in airports and nightclubs by groups such as Black September and the Red Army Faction. In fact, machine guns are commonly used in mass shootings in the rest of the world.

This has not been the case here in the U.S. In fact, Sunday’s attack on a country music festival in Las Vegas – that left at least 58 people dead and more than 500 wounded – may be the first mass public shooting in the U.S. involving a machine gun, if it turns out the killer did use such a weapon. According to a Wall Street Journal report, the gunman, 64-year-old Stephen Paddock, is believed to have used at least one fully automatic weapon – weapons that are heavily restricted under U.S. federal law.

It is an attack that is likely to rank 14th in the most deadly mass public shooting in the world since 1970. It is the worst ever in the United States, according to data collected by the Center for Crime Research where I am founder and president.

There were 29 such shootings (four or more fatalities in a public place, according to the FBI’s official definition) in the U.S. during the eight years of the Obama administration; 26 in Europe. The rate at which people are killed is virtually the same in the European Union as in the United States.

Again, many of the facts about what happened in Las Vegas remain unknown at the moment, including exactly what type of firearm the gunman used. But one sad fact that everyone calling for gun control needs to consider is that, as Europe has shown, you can have all the gun control laws you want and you still won’t be able to stop horrors like this from happening.