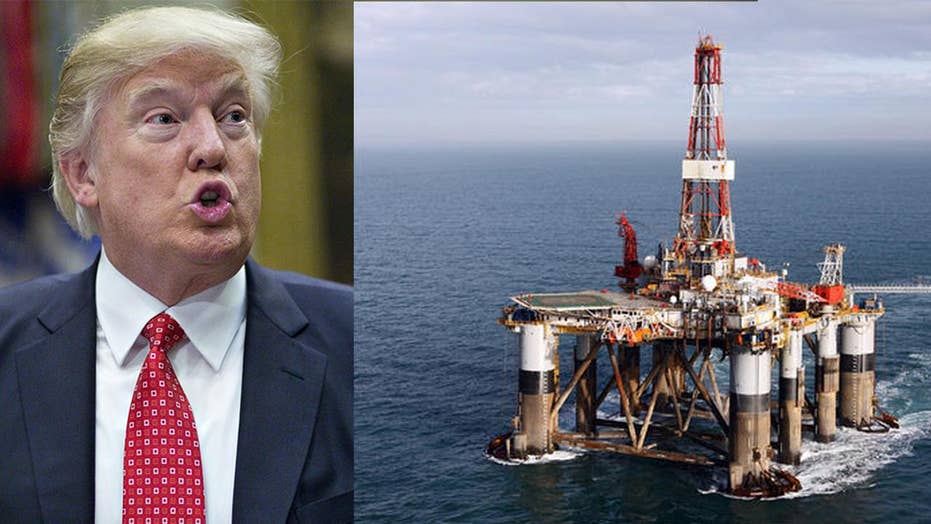 The Trump Administration announces plans to open nearly all U.S. waters to drilling, what does it mean for the Arctic, and what are critics saying?

As the Republican governor of Maryland and the Democratic governor of North Carolina, our job is to protect the families and businesses that call our states home. And as leaders, we expect that the concerns, priorities, and needs of our constituents are taken seriously when we communicate them to the president and his administration.

That’s why we’re working across party lines to call on the Trump administration to take our states off the table in its plan to open most U.S. coastal waters to offshore drilling for oil and natural gas.

Now, just days after the public comment period opened on the Trump administration’s five-year offshore drilling plan, we’ve seen this administration seemingly lift the concerns of one governor and one state above others. These decisions are too important for our federal government not to give careful thought to the concerns of those put at risk by this plan.

After briefly speaking with Florida Republican Gov. Rick Scott, Interior Secretary Ryan Zinke announced that Florida will be exempt from the offshore drilling plan. In removing Florida from the five-year plan, Zinke and the Trump administration have admitted that offshore drilling poses great risks to coastal economies.

Zinke cited opposition from local and state voices, but Gov. Scott isn’t the only state leader to voice concerns about the economic and environmental damage offshore drilling would cause to the Atlantic coast. We came out early and strong, asking for the administration to remove our states from this plan six months ago.

Since opposition from state and local voices and the tourism economy are the reasons for dropping Florida from the offshore drilling plan, the rest of the Atlantic states, including North Carolina and Maryland, should be exempt as well.

More than 140 local communities have already passed resolutions opposing offshore drilling in the Atlantic. They’ve been joined by businesses, trade groups, tourism associations and legislators from across the political spectrum.

When drilling was proposed off the coasts of our states just a few years ago, overwhelming opposition to the plan from our coastal communities convinced the previous administration to remove the Atlantic coast from consideration, and that’s exactly what should happen now.

As Secretary Zinke acknowledged, the tourism industry is an important consideration when determining where to allow offshore drilling. Tourism and fishing are economic engines across coastal towns and cities on the entire Atlantic seaboard – not just in Florida. These industries bring billions of dollars in revenue to our states, supporting countless local businesses and thousands of good jobs.

In North Carolina alone, coastal tourism generates $3 billion annually, and it supports more than 30,000 jobs up and down the 300-mile coastline and along 22 barrier islands.

In Maryland – home to the United States’ largest estuary, the Chesapeake Bay – the seafood and tourism industries generate more than $18 billion annually, supporting 150,000 direct jobs that depend on healthy and productive waterways along a 1,400-mile coastline.

A major oil spill like the one that took place in the Gulf of Mexico less than a decade ago would have devastating consequences for beachside hotels and restaurants, recreational and commercial fishing, and real estate in our states. There would also be dangerous health consequences for residents living in coastal communities, from Ocean City, Maryland to Ocean City, North Carolina.

As governors from two different parties, we may not agree on everything, but when it comes to growing the economy of our states, creating jobs, and keeping our constituents safe and our waters clean, we stand together. That’s why, like Gov. Scott in Florida, we have both requested that our states be granted exemption from this offshore drilling plan.

Now it’s time for the Trump administration to listen. Our coasts are too valuable to be put at risk.

Lawrence Joseph Hogan Jr. is an American politician who currently serves as the 62nd Governor of Maryland, in office since January 2015.