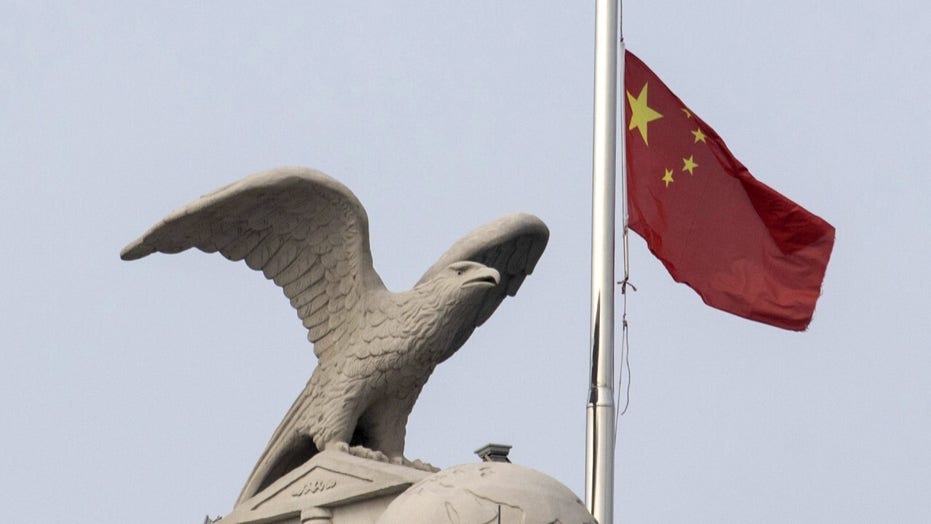 President Trump was right this week to sharply criticize the inexcusable conduct of the World Health Organization (WHO) regarding the novel coronavirus pandemic and to threaten to cut U.S. funding for that United Nations organization.

The U.S. contributed over $400 million to the WHO last year – far more than any other nation. China contributed $44 million.

WHO Director-General Dr. Tedros Adhanom Ghebreyesus attacked Trump on Wednesday. “If you don’t want many more body bags, you refrain from politicizing it,” Tedros told reporters.

Tedros was reacting to Trump’s sharp comments Tuesday, when Trump tweeted that the WHO was “China-centric” and “really blew it.”

“And literally, they called every shot wrong,” the president told Sean Hannity on his Fox News program “Hannity” Tuesday night, explaining why the U.S. might stop contributing to the U.N. organization.

As harsh as the president’s criticisms were, they did not go far enough.

The WHO bears responsibility for helping China spread the coronavirus far beyond China’s borders. What should have been merely a local outbreak that began in China became a worldwide pandemic as a result of the actions of Beijing and the WHO.

As of Wednesday night there were nearly 90,000 confirmed deaths caused by the coronavirus around the world, including almost 15,000 in the U.S. The actual death toll is surely higher, because people are not usually tested for the virus after death and because China is deliberately underreporting its own death toll.

The WHO’s primary sin is its early support of China’s false claim that the novel coronavirus, which causes the respiratory disease COVID-19, could not be transmitted person-to-person.

WHO issued a now-infamous tweet Jan. 14 repeating China’s position. There was, the U.N. organization declared, “no clear evidence of human-to-human transmission.”

Doctors in Wuhan, China knew of human-to-human transmissions by the second week of December, which means Communist Party leaders in Beijing had to know soon afterward.

Chinese leaders not only tried to keep this critical information secret – a highly irresponsible action – but went further and tried to deceive the world into thinking the coronavirus was not contagious in this manner.

Moreover, the WHO also helped Beijing spread the disease in other ways. The U.N. organization urged countries to keep their borders open to travelers who ultimately carried the disease beyond China, with deadly consequences.

“WHO advises against the application of any travel or trade restrictions on China based on the information currently available on this event,” the organization stated Jan. 10.

China’s secrecy and deception did not seem to bother Director-General Tedros, however. In late January, he praised Beijing, saying “China’s response to the coronavirus showed the superiority of the Chinese system and this experience is worthy of emulation by other countries.”

At the same time, the WHO went out of its way to take Beijing’s side in its relentless campaign to take over Taiwan. The WHO, supporting another Chinese position, unjustifiably delayed declaring the coronavirus epidemic in China a “public health emergency of international concern.”

Moreover, the WHO backed the reliability of Beijing’s statistics. “I didn’t see anything that suggested manipulation of numbers,” Bruce Aylward, senior adviser to the WHO director-general, told The New York Times in early March.

China’s cover-up to hide the true number of its new COVID-19 cases and deaths, aided by WHO, lulled the U.S. into a false sense of security.

Dr. Deborah Birx, the federal government’s coronavirus response coordinator, said March 31 at the White House daily press briefing that when U.S. officials initially reviewed China’s statistics they thought the coronavirus would be no worse than SARS, the 2002-03 flu-like epidemic.

In other words, China’s numbers led U.S. officials to believe the coronavirus was not going to become a pandemic affecting America.

Did the WHO gain anything by its subservience to Beijing?  Aylward, of the WHO, told reporters Wednesday that his organization’s cozy relations with China were justified. “It was absolutely critical in the early part of this outbreak to have full access to everything possible, to get on the ground and work with the Chinese to understand this,” he said.

Yet the WHO was not allowed to send its team to Wuhan, the epicenter of the coronavirus outbreak, until Feb. 20 – months after the first case was spotted there.

Only part of the WHO’s team was allowed an abbreviated visit of two days, during which there was no time for anything but get-to-know-you meetings. Accounts say the WHO came away from Wuhan with nothing substantive.

Beijing obviously has something to hide in Wuhan, but no one in the WHO seems to have any desire to find out what it might be.

Only one world figure had the courage to publically call out the WHO. That person is President Trump. The U.S. will have to defund the WHO if the organization insists on being complicit with China’s malign objectives.