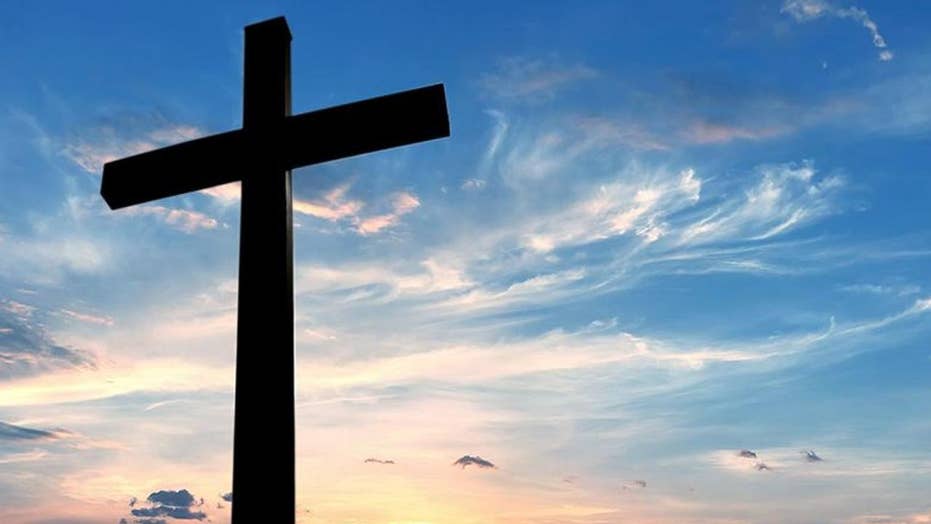 Iraq Christian Relief Council president Juliana Taimoorazy says that one out of nine Christians across the world are being persecuted.

There’s been a rash of stories lately suggesting Christianity is in steep decline and that atheism is rapidly becoming the largest “religion” in the United States.

But is such news true? Is Christianity really going the way of the VHS tape?

As President Ronald Reagan once said of liberals: “It isn’t so much that liberals are ignorant. It’s just that they know so many things that aren’t so.”

MICHAEL MCAFEE AND LAUREN GREEN MCAFEE: IS THE BIBLE WORTH READING?

Christianity is certainly not declining, and our nation’s citizens are not growing more secular. Let’s look at just three questions that reveal the actual story based on a broad array of leading academic research from our nation’s top sociologists of religion.

Where is church membership down?

Is church membership actually down over the last few decades? Yes and no. It depends on what branch of Christianity we’re talking about – the liberal mainliners or the more conservative, biblically faithful evangelical and non-denominational churches.

Greg Smith, the widely respected associate director of research at the Pew Research Center, confidently explains that while the more liberal mainline churches are hemorrhaging members -- between 5 million to 7.5 million members in the last 10 years or so – things are completely different for evangelical and non-denominational churches.

Harvard/Indiana University-based research found the same thing: “Evangelicals are not on the decline” but “grew from 1972 when they were 18 percent of the population, to a steady level of about 28 percent” from the late 1980s to 2016. Over the same time, the liberal mainline churches declined from 35 to 12 percent.

Are the number of unbelievers growing?

Recently, the Daily Wire proclaimed: “‘Atheism Becomes Largest Religion in US” and the story spread widely. It’s not true, not even close.

But who are these infamous and little-understood unbelievers? They are not new converts to unbelief, as most of us have been told. They’re those who are simply becoming more honest about the faith they never had in the first place.

Rodney Stark of Baylor University, one of the world’s most distinguished scholars in this field, explains: “Today, when asked their religious preference, instead of saying Methodist or Catholic, now a larger proportion of non-attenders say ‘none,’ by which they most seem to mean ‘no actual membership.’”

Stark says the wealth of data he has studied along with his peers “does not support claims for increased secularization, let alone a decrease in the number of Christians.”

In fact, the Pew Research Center finds that only 12 percent of young and older adults who say they no longer hold to the Protestant or Catholic faith said they had any kind of meaningful faith in their youth. And you can’t hang onto what you never really had.

The Harvard/Indiana researchers discovered that our nation is not growing more secular like many Western European nations, but quite the opposite.

“Rather than religion fading into irrelevance as the secularization thesis would suggest, intense religion – strong affiliation, very frequent practice, literalism, and evangelicalism – is persistent, and in fact, only moderate religion is on the decline in the United States,” researchers found.

The closing sentence of their published research is as direct: “American religion remains persistently and exceptionally intense.” And by religion, they’re primarily referring to Christianity.

The bottom line is this: faithful Christianity – that which takes the Bible at its word, believes Jesus really is God, that He died on a real cross, rose from a real grave and offers real freedom from real sin to all who ask – is doing quite well.

Theodore Beza, John Calvin’s successor said it well long ago: “Let it be your pleasure to remember the Church is an anvil which has worn out many a hammer.” It has and will keep chugging along.

This op-ed was adapted from the Glenn T. Stanton’s new book, “The Myth of the Dying Church: How Christianity is Actually Thriving in America and the World.”