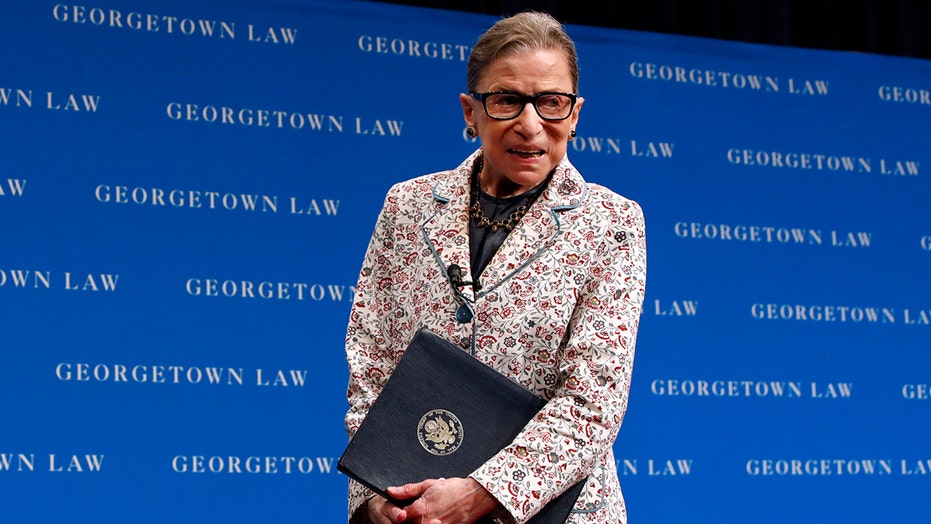 Growing up as a Black girl in the 1960s and 1970s, my race and gender created unwanted obstacles to my equal treatment under the law and to opportunities open to me in education, employment, housing and many other areas.

Thankfully, the civil rights movement and women’s right movement knocked down some — though certainly not all — of those obstacles. This progress toward justice and equality was aided by many people, but two of the most important were courageous lawyers who became Supreme Court justices: Thurgood Marshall and Ruth Bader Ginsburg.

Thurgood Marshall, the first Black justice on our nation’s highest court, died in 1993 at age 84. And on Friday we lost Ruth Bader Ginsburg at age 87.

Yet now, the pioneering achievements of Marshall and Ginsburg are threatened by President Trump. The president has dedicated himself to turning back the clock on progress to “Make America Great Again” by appointing as many conservative judges as possible to eliminate reproductive rights, voting rights, gay rights, and many other rights that have benefitted not just Black Americans and women but all Americans.

Trump has already appointed two conservative justices to the Supreme Court. But now — in the waning days of his first (and hopefully final) term in the White House — he wants to rush through a far-right nominee to replace Ginsburg on the high court and take a wrecking ball to many of the hard-fought rights Ginsburg and Marshall won for the American people.

And Trump’s loyal servant in the Senate — Majority Leader Mitch McConnell, R-Ky.— is determined to do everything in his power to help Trump return America to “the good old days” when Black people and women had far fewer rights than we deserve and enjoy today.

Never mind that McConnell and Senate Republicans four years ago denied Democratic President Barack Obama his right under the Constitution to appoint Judge Merrick Garland to the Supreme Court following the death of Justice Antonin Scalia. McConnell invented a new rule then, falsely claiming a president had no right to appoint a justice to the high court in an election year.

Obama nominated Garland almost eight months before Election Day. Trump says he will nominate a replacement for Ginsburg on Saturday — after early voting has already begun for the Nov. 3 election. But that’s just fine by McConnell and Republican senators who bow before Trump.

The hypocritical Republicans are only interested in wielding power and winning by any means necessary. Rules, they clearly feel, are for Democrats. Republicans believe they have the right to do whatever they want, they’ve made clear.

In Justice Ginsburg’s final statement before her death, which she dictated to her granddaughter, Clara Spera, the dying justice said: “My most fervent wish is that I will not be replaced until a new president is installed.”

The hypocritical Republicans are only interested in wielding power and winning by any means necessary.

Not surprisingly, Trump and McConnell are ignoring Ginsburg’s final wish. Trump even had the gall to claim — without a shred of evidence — that the statement might have been written by leading Democrats like Rep. Adam Schiff or House Speaker Nancy Pelosi, both of California; or Senate Minority Leader Chuck Schumer of New York, rather than Ginsburg.

Ginsburg will go down in history as one of our greatest Supreme Court justices, while I’m confident that history will judge Trump to be one of our worst presidents.

Ginsburg’s work as a lawyer and as a Supreme Court associate justice literally and figuratively wrote women into the U.S. Constitution. She belongs on the Mount Rushmore of American jurisprudence, along with Thurgood Marshall and Chief Justices Earl Warren and John Marshall.

Ginsburg was known as “the Thurgood Marshall of gender equality law.” She graduated tied for first in her Class of 1959 from Columbia Law School. Like many women lawyers of her day, she faced blatant sexism when she began her career. She was turned down for numerous law firm positions and also, ironically, for a law clerk position at the Supreme Court.

But Ginsburg persevered and prevailed by becoming a law professor at Rutgers Law School and Columbia Law School and then rising to prominence as a lawyer with the American Civil Liberties Union (ACLU). 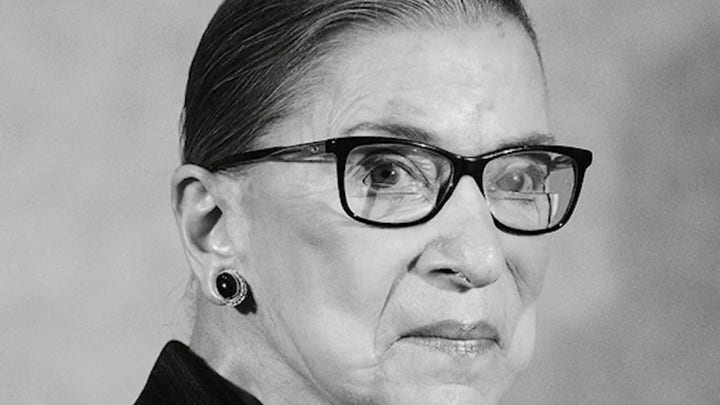 At the ACLU, where she served for more than a decade, Ginsburg became the architect of a legal strategy to end gender discrimination in the U.S. Modeling her approach after Thurgood Marshall on race discrimination, Ginsburg worked on 34 Supreme Court cases — arguing six and winning five of them. Each case set a precedent for the next case to further expand rights and protections for American women.

As the founding director of the ACLU Women’s Rights Project, Ginsburg developed a novel and counterintuitive legal strategy in gender discrimination cases. She found male plaintiffs to challenge laws that discriminated “on the basis of sex,” a phrase that would later become the title of a biopic on Ginsburg’s life.

One of the cases she worked on while at the ACLU, Reed v. Reed, resulted in a 1971 Supreme Court ruling that the Equal Protection Clause in the Constitution’s 14th Amendment applies to women. This is now taken as a given, but was an enormous victory for women almost 50 years ago.

Another case Ginsburg worked on, Craig v. Boren, led to the development of the test known as “intermediate scrutiny,” which requires proof of a substantial government interest before a law may be enacted that discriminates between men and women. Ginsburg’s victory in 1976 protects women from gender discrimination to this day.

In 1980 Ginsburg became a judge on the U.S. Circuit Court of Appeals for the District of Columbia, sometimes called “the little Supreme Court.” And in 1993 Ginsburg was nominated by President Bill Clinton to serve on the Supreme Court.

Notably, Ginsburg was confirmed to the Supreme Court by a 96-3 vote in the Senate. This bipartisan vote is, sadly, unthinkable for her replacement in today’s toxic political environment.

On the Supreme Court, Ginsburg continued her efforts to push for full gender equality under the 14th Amendment. In 1996 she wrote the Supreme Court’s majority decision in U.S. v. Virginia, which struck down the male-only admission policy of the Virginia Military Institute and established a new standard of review for sex discrimination cases based on the Constitution’s Equal Protection Clause.

In 2006, in a dissenting opinion in Ledbetter v. Goodyear, which Ginsburg read aloud from the bench, she said: “The court does not comprehend ... the insidious way that women can be victims to discrimination. The ball is in Congress’ court.” A few years later, Ginsburg’s prescient dissent prevailed, when then-President Obama signed the Lilly Ledbetter Fair Pay Act into law.

Then in 2013, in another dissenting opinion in Shelby County v. Holder — in which the conservative justices of the Supreme Court gutted the Voting Rights Act of 1965 — Ginsburg rebuked her colleagues, stating that “Race-based voting discrimination still exists.” Truer words were never spoken.

How could we not love and be inspired by Justice Ginsburg — small in stature, yet strong in will — sitting on our nation’s highest court? Standing up for women and girls, for the disenfranchised, and for the discriminated against. Speaking out for justice and equality, always and against all odds.

Let us honor Justice Ginsburg’s wishes and, as importantly, her tremendous legacy of protecting and expanding women’s rights in America. Let us, the American people, decide who should fill her all-important seat on the Supreme Court. Let the president elected by the American people in the voting already underway nominate the next Supreme Court justice.