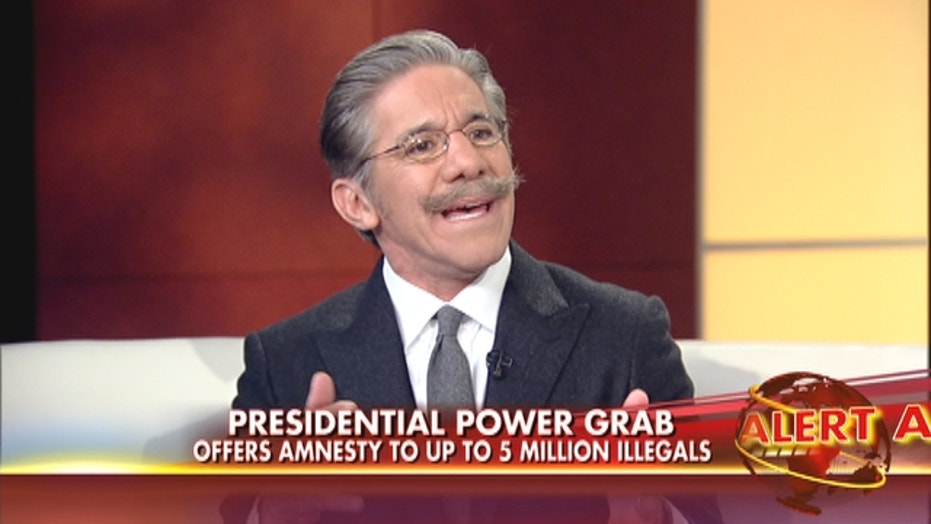 Bravo Mr. President for having the courage or political will or for doing the hard cold political calculation finally to do the right thing for five million undocumented, but otherwise law-abiding immigrants. Those immigrants who have been here for more than five years, have citizen children, are willing to pay their fair share of taxes and are willing to register for criminal background checks will be able to stay.

They can come out of the shadows and live free of the fear of being wrenched away from their families.

What good is served by deporting and separating parents from their children? Is your life in any way disadvantaged by the undocumented immigrant serving beer in the Irish bar?

I understand that many good citizens are upset that the president, like others before him, is acting outside the legislative process. And that Mr. Obama promises to do something tonight that he up until now has said he had no power to do. It doesn't matter. He's as much a politician as John Boehner and Mitch McConnell, John McCain and Marco Rubio who have all spoken out of both sides of their mouths on this issue.

The real question is whether this is the right thing to do.

Does anyone really have a substantive problem with this proposal? There are 500,000 undocumented immigrants here in New York City tonight as I write this. That is approximately the population of Atlanta or Tucson or Las Vegas. And you never hear about them. Why?

It is because they live their lives, mind their business and otherwise follow the law.

By every indication, they commit fewer crimes than citizen Americans. They raise their children and care for ours; they wash our dishes; mow our lawns; deliver and serve our meals; serve in our military; start businesses, pick our fruits and vegetables, and try hard to do the best they can for themselves and their families.

What good is served by deporting and separating parents from their children? Is your life in any way disadvantaged by the undocumented immigrant serving beer in the Irish bar or selling West African purses on the corner or serving noodles in the Chinese restaurant?

These people have been demonized by hard-right wingers who have found in them convenient scapegoats to blame for whatever ails us from ISIS to Ebola. They have been cynically exploited to serve as a wedge to divide Americans. Get over them. They are here and thanks to Barack Obama they are staying. And America is better because of it.