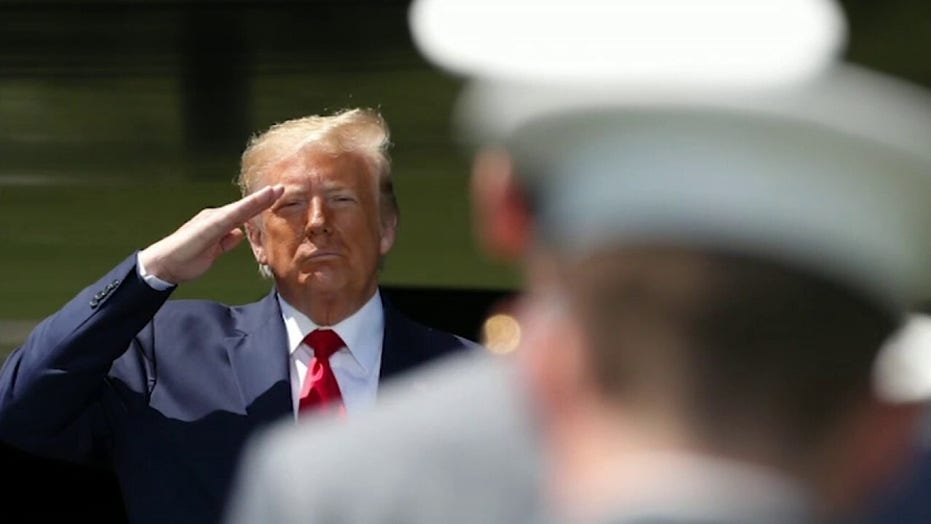 In normal times, a presidential commencement address to the West Point graduating class wouldn’t elicit much attention. And it wouldn’t be an occasion for partisan bickering and sniping in the media. But these aren’t normal times, so it did and it was.

The newly commissioned lieutenants had barely launched their hats into the air before critics were building on the controversies over the use of military force in response to public disturbances, trying to create a narrative of a divide between civilian leaders and our military that does not exist.

While President Trump’s remarks June 13 could have been made by any commander-in-chief, the detractors swooped down like buzzards looking for anything to pick over. One of the most egregious was “fact-checking” from the New York Times that attacked the president’s claim that his administration has rebuilt the U.S. military.

JAMES CARAFANO: US SHOULD BACK INDIA AFTER CHINA KILLS AT LEAST 20 INDIAN TROOPS

To dispute Trump, the paper cited the “Index of U.S. Military Strength,” a guide assembled by my colleagues at The Heritage Foundation. While the Times cherry-picked its content to make Trump look like a liar, the 500-plus-page study tells a different story.

In truth, Heritage’s annual reports documented the decline of the U.S. military under the Obama administration and how, in contrast, the investments over the last four years have significantly improved the armed forces, justifying the president’s right to assert he has done much to make America’s military strong again, making “peace through strength” more than an empty slogan. These cadets are joining a better military because of Trump.

Harping at the speech, however, was just the latest assault on the commander-in-chief. Trump’s former secretary of Defense, a retired general, as well as the president’s political rivals, accused the administration of all manners of ills in regards to overseeing the military.

The complaints included claims that the president had created a constitutional crisis in responding to the rioting and looting that recently swept the nation. This accusation is little more than a calumny.

Under the law, there are many options in how military forces can be used to provide support for domestic missions.

There is zero proof that the president ever came close to exceeding his presidential authority. For starters, the U.S. military was not called out to suppress protestors. Military assistance was requested by state and local authorities to make the streets safe for everyone.

In every case, the military acted in support of and under the command of civil authorities. They safeguarded places and facilities from arson and violence and provided assistance to first responders, including firefighters, emergency medical technicians, and police officers so they could do their jobs.

Under the law, there are many options in how military forces can be used to provide support for domestic missions. The National Guard can serve in state active-duty status, where they report to state and local authorities. They can perform any duties permissible under the state constitution and laws. States can even share troops with each other under mutual support agreements.

National Guard troops can also deploy in Title 32 (the title number refers to part of the U.S. code) status, where the federal government covers operating expenses, but the forces still come under the command of civil authorities in the states and territories.

Both these lawful authorities were used in response to the current crisis.

Notably, however, the president did not “federalize” the National Guard, nor did he use active-duty forces in response to the public disturbances, because the situation did not warrant such a response.

To attack the president’s authority to take these actions if circumstances demanded as an attack on the Constitution is spurious. The fact is, the president has these authorities. He did not abuse them. On the contrary, the White Houses demonstrated prudent judgment.

While an adversarial media and pundits gleefully tried to pick fights and parse disagreements between the president and the Pentagon, the truth is the president gave lawful orders and the military followed them — and that is how the balance of civil-military relations is supposed to work.

Too bad the media doesn’t understand that as well as the new West Point graduating class does.