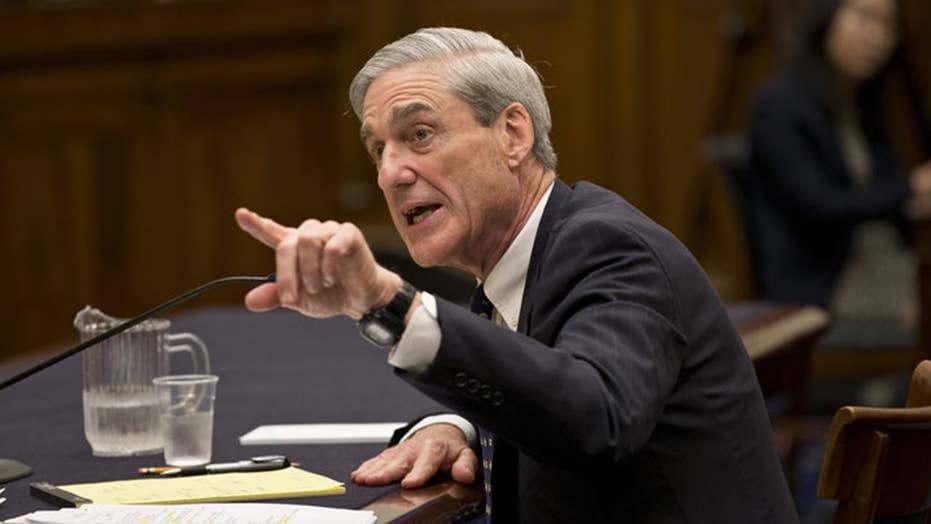 The integrity of Mueller's investigation

Former Bush White House ethics lawyer, Richard Painter, on why he stands by the special counsel's investigation into Russia collusion.

Keeping track of the many rapidly changing developments is challenging for the average American and even for someone like me, a former FBI assistant director who served in the bureau for 24 years, including five years under Mueller.

It’s understandable that President Trump finds the long and intrusive Mueller investigation objectionable and distracting. But because I know Mueller well, I am sure of one thing: he is conducting a full and fair investigation. The president would be wise to let the Russia probe continue and let Mueller continue to lead it.

Firing Mueller would only worsen the president’s problems, making it look like he has done something wrong and wants to cover it up. It would strengthen the hand of political opponents who want to see him impeached.

On the other hand, former FBI Director James Comey – as I’ll explain in greater detail below – should never have been appointed FBI director. President Trump was right to fire him, and criticism of the president for the firing is wrong.

Comey treated Clinton with kid gloves, but went after Donald Trump with a sledgehammer.

One of the latest developments in the complex Mueller investigation involves reports first appearing in the Washington Post and New York Times in the past few days that the FBI used an informant to gather information on the Trump presidential campaign.

President Trump tweeted last week: “Wow, word seems to be coming out that the Obama FBI ‘SPIED ON THE TRUMP CAMPAIGN WITH AN EMBEDDED INFORMANT.’” The president added: “If so, this is bigger than Watergate!”

In subsequent tweets, the president said that “if the FBI or DOJ (Department of Justice) was infiltrating a campaign for the benefit of another campaign, that is a really big deal.” He also tweeted that “If true - all time biggest political scandal!”

Former New York City Mayor Rudy Giuliani, now serving as an attorney representing the president in the investigation, told “Fox & Friends” last week that Comey “should be prosecuted” if the FBI spied on the Trump campaign.

While both Comey and Mueller have been targeted for sharp criticism by the president and his supporters, there’s a big difference between the two former FBI directors.

Mueller is an honorable patriot and former Marine officer who has served his country with valor and selfless dedication. He’s not about to compromise his values just to obtain a conviction of anyone under investigation, or to force President Trump from office.

Mueller is playing by the rules zealously, proactively and within the bounds of the law. That's how any investigation should be conducted. In contrast, Comey failed miserably to do his job, broke the rules and made up his own rules during the short time he served as FBI director.

In the more than two years I served as chief of the FBI’s Criminal Investigative Division and assistant director under Mueller, I attended over 400 meetings with him in individual and group settings. I never saw a hint of bias, politicization or improper motivation.

Comey’s weak investigation of then-Secretary of State Hillary Clinton’s basement email server and his tepid non-investigation of the Clinton Foundation provide fodder for those of us who believe that the two presidential candidates were handled very differently. Comey treated Clinton with kid gloves, but went after Donald Trump with a sledgehammer.

If Comey had actually conducted a credible investigation of both the Clinton Foundation and the Clinton email server, people would be more understanding of the investigation now being conducted by Mueller. It is the unequal treatment under the law that is the real issue – Trump is getting far closer scrutiny than Clinton ever received.

The starkly contrasting conduct of the investigations of the two candidate and the genesis of the Russia investigation – which was originally opened by Comey – have people rightfully questioning the entire process and Comey’s conduct.

The original Russia espionage investigation was opened to determine if Russian President Vladimir Putin tried to undermine our democracy by gathering compromising dirt on both candidates and attempting to manipulate and undermine our election process. In addition, the investigation was begun to examine whether anyone in the Trump presidential campaign aided or cooperated with the Russians.

Even before July 2016, there were legitimate questions about whether Putin actively infiltrated the presidential campaigns to compromise or influence the outcome of our presidential election. These are important questions to answer, and it's high time that Putin and his cronies were unmasked.

The problem is that members of Comey's FBI investigative team – under the close supervision of disgraced characters such as fired Deputy Director Andrew McCabe, Deputy Assistant Director Jim Strozk and FBI Attorney Lisa Page  (who was Strozk’s girlfriend) – apparently used questionable information from a variety of sketchy sources to justify the investigation of the Trump campaign.

Reports that the FBI even planted an undercover informant to spy on the Trump campaign are particularly alarming. No such techniques were utilized to investigate Hillary Clinton, her campaign or the Clinton Foundation.

To make matters worse, Strozk, McCabe and Comey deliberately withheld information from a judge that evidence they used to obtain a surveillance warrant against a Trump campaign adviser originated with a former British spy whose work was funded by the Clinton campaign.

And who can forget the illegal and procedure-busting news conference where Comey stole the ball from Attorney General Loretta Lynch and claimed Hillary Clinton could not be prosecuted for her improper handling of classified emails – despite outlining a strong case for at least gross negligence in her conduct?

In truth, there's no question that Secretary of State Clinton migrated all of her government emails – including classified information – to a private server located in her home. That’s about as secure as putting all of that information on your front doorstep. Unquestionably, she put our national security at risk by violating rules for the handling of classified communications. Yet she was never prosecuted.

In addition, Comey was inexplicably indifferent to the Clinton camp’s obstruction of the investigation by destroying emails and withholding evidence. And he made many other sloppy mistakes.

At the same time, Comey went full bore on the Russia-Trump campaign collusion investigation, despite many illegal leaks.

The one thing everyone needs to clearly understand is that Putin is a vicious dictator dedicated to destroying our democracy and setting us against each other. Like a good mob boss, he hedged his bets by gathering derogatory information on both presidential candidates during the 2016 campaign.

While I support President Trump, if anyone in his campaign intentionally or carelessly aided and abetted Putin's minions in accomplishing the disruption or manipulation of our elections or attempted to influence our elections, I want to know the truth.

Once and for all, Putin must be unmasked and there must be visible deterrence to him, his operatives and any American from working wittingly or unwittingly to undermine or destabilize our democracy.

Rest assured, Mueller is not going to frame anyone. Any action taken by his office will be based on overwhelming evidence of criminal activity. Mueller does not leak and unlike the grandstanding Comey has characteristically shunned the media.

Mueller values competence, but exerts his will and follows his own counsel in making final decisions after gathering the facts. He will have the last word on any product coming out of his office. This is how he operated for 13 years as FBI director, three of which were “overtime” years past the statutory 10-year term because Congress overwhelmingly voted to extend his term until he chose to return to the private practice of law.

In the more than two years I served as chief of the FBI’s Criminal Investigative Division and assistant director under Mueller, I attended over 400 meetings with him in individual and group settings. I never saw a hint of bias, politicization or improper motivation.

Mueller is a humble, unassuming person who possesses all the best elements of a leader and commander. He earned a Bronze Star and Purple Heart for his heroic service as a Marine in Vietnam, surviving a serious bullet wound.

No one who has served with Mueller in the public or private sector over the last 45 years has anything but praise for his conduct or his integrity. We need to know the truth and Mueller is our best chance to uncover the facts, however inconvenient.