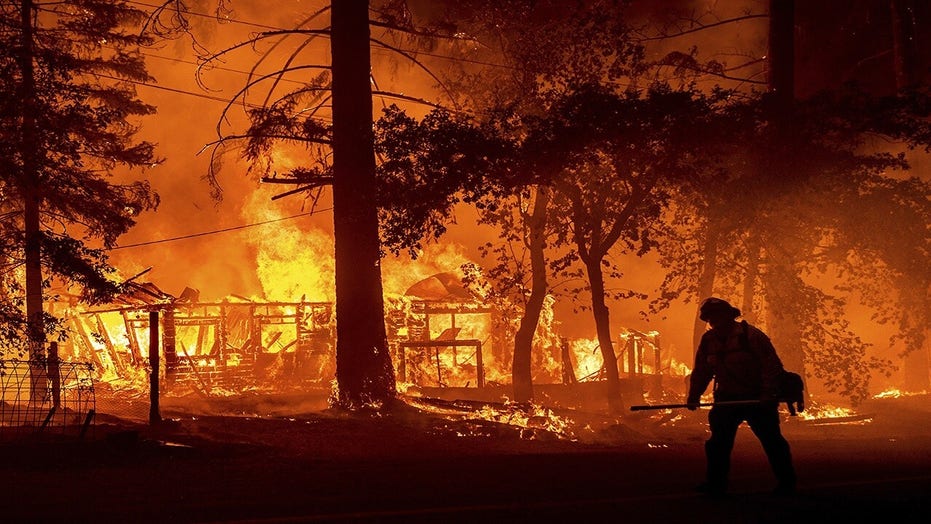 Looking out this summer at smoke that covered half the country, and mudslides that buried major highways like I-70 in Colorado, we should wonder if we really want that to be America’s legacy, too. It is not inevitable.

For 25 years, politicians, environmental industry groups and the most cumbersome bureaucratic process imaginable have intervened to prevent professional management. The result is that over 100 million acres of national forests have burned to the ground, including the largest fires ever in California, Colorado and several other states, bringing utter devastation to beloved places like Glacier and Rocky Mountain National Parks.

The Forest Service says at least another 100 million acres are still "at risk" of catastrophic wildfire, such is their unhealthy and overgrown condition. They are doing almost nothing about it.

In fact, a generation of politicians have created such a maze of regulations that "analysis paralysis" has all but stopped the professional management of our public forests. Now, we are witnessing the disease, death, rotting, collapse and burning of billions of trees covering millions of acres of previously healthy forest lands.

Some of these iconic landscapes will not recover their former beauty in our lifetimes, and some will never again provide the same habitat for wildlife, or the same quality water supply they once did.

This summer smoke from giant wildfires in the West covered not only the West, but caused code red and orange air quality alerts from Philadelphia to Toronto and spread toxic haze all the way to the North Pole. In New York City, fine particulate pollution rose above 170 on the air quality index, a level considered harmful even for healthy people, while NASA’s Earth Observatory showed black carbon soot covering nearly all of Kentucky and Minnesota.

Seen in a long camera exposure, the Caldor Fire burns as a chair lift sits at the Sierra-at-Tahoe ski resort on Sunday, Aug. 29, 2021, in Eldorado National Forest, Calif. The main buildings at the ski slope's base survived as the main fire front passed. (AP Photo/Noah Berger) (AP Photo/Noah Berger)

Land managers, politicians, lobbyists and environmentalists continue to argue instead of act. The tragic irony is that mostly they argue about the cause of the crisis, not the solution to it.

Whatever caused the forest health disaster, we ought to be arguing about solutions.

The prestigious Yale School of Forestry published a study in the journal Nature estimating that "the global number of trees has fallen by approximately 46% since the start of human civilization." It said 15 billion trees are being cut down each year, and that the average age of forests has declined significantly over the last few thousand years. In other words, they blame logging.

Most environmental organizations blame climate change. The Center for Climate and Energy Solutions claims that "climate change… has doubled the number of large fires between 1984 and 2015 in the western United States." House Speaker Nancy Pelosi, D-Calif., put it more bluntly, "Mother earth is angry, she is telling us."

A Montana judge blocked a forest health project – one that took eight years of collaborative planning and 2,600 pages of analysis – and while his injunction was in force lightning struck and the resulting fire torched 9,000 acres of the forest. He blamed the Forest Service for not proving that delay worsened the fire risk.

The real culprit, of course, is poor management, for allowing the unnatural overgrowth of forests that turns them into tinderboxes which obliterate landscapes when ignited. It rankles me, especially when unprecedented lumber prices cause housing costs to spike, and when we see the preventable loss of America’s most beautiful places.

Nevertheless, this crisis has reached such proportions that we ought to step back and realize that the blame game is futile. Whatever caused the forest health disaster, we ought to be arguing about solutions.

It is clear that postponing that discussion is a death sentence for nature. The national forests produce eight times more new growth than managers remove every year. If the amount grown and the amount removed are not similar, the situation worsens continuously. Just look out the window. Blame it on bad management, blame it on global warming, blame it on whatever you like – what are we going to do about it?

We spend billions on fire suppression every year, yet still lose quality watersheds and wildlife habitat. We sacrifice hundreds of homes and a number of lives annually. Whatever the cause, it would be far more efficient to thin the overload and restore healthy trees, than to put out fires and deal with the dead landscapes left in their wake.

Like all living things, trees live, grow and die, so forests cannot be preserved in their current condition forever. So, we face a clear and simple choice. Forests must be managed, or allowed to die and burn.

When there are no forests left, only deserts, will we still demand more studies, more delays and more bureaucratic red tape?

Greg Walcher is the natural resources fellow at the Centennial Institute at Colorado Christian University. He led the Colorado Department of Natural Resources as a cabinet officer for Gov. Bill Owens and is now president of the Natural Resources Group. He is author of "Smoking Them Out: The Theft of the Environment and How to Take it Back."