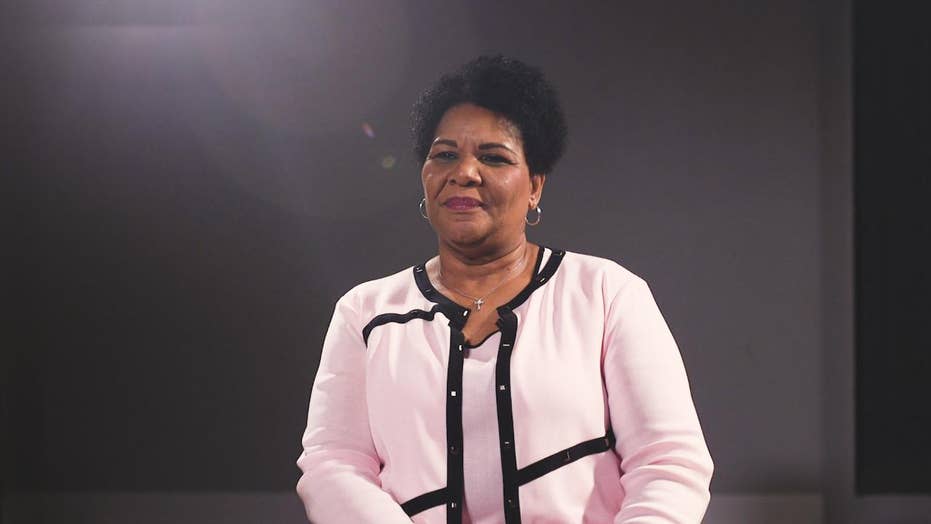 Alice Johnson, whose life sentence for non-violent drug trafficking was commuted by President Trump, talks about her dreams, strong faith in God and her new book, 'After Life: My Journey From Incarceration to Freedom.'

Roughly 2,200 people have walked out of federal prisons as a result of the "First Step Act," bipartisan federal legislation that included retroactive sentencing reductions for some inmates.

The development is generating considerable attention. But as the executive director of Hudson Link for Higher Education in Prison, a nonprofit providing college education and reentry services to incarcerated men and women, I can tell you that the formerly incarcerated are being freed regularly.

In fact, 95 percent of all state prisoners will be released at some point in their lives. This includes most of the estimated 1,800 inmates incarcerated in Sing Sing Correctional Facility – a maximum-security prison located just 30 miles from New York City – and the place where I spent nearly 16 years of my life.

JA'RON K. SMITH: FIRST STEP ACT IS ABOUT PRISON FOR VIOLENT OFFENDERS, SECOND CHANCES TO THOSE WHO EARN THEM

As more and more prisoners are being freed, some are skeptical that the incarcerated and those with criminal records are worthy of a second chance. They ask: is rehabilitation possible?

As a former inmate, I’m living proof that it is possible to reintegrate back into society and lead a productive life. But to do that, the formerly incarcerated and those with a criminal record need a helping hand.

For me, it was being the beneficiary of bold thinking from the New York State Department of Corrections. Thanks to their efforts, I was able to earn a college degree inside of Sing Sing through Hudson Link for Higher Education in Prison. The nonprofit, which I now lead, provides a college education and reentry support services to incarcerated men and women in five New York correctional facilities.

As a former inmate, I’m living proof that it is possible to reintegrate back into society and lead a productive life. But to do that, the formerly incarcerated and those with a criminal record need a helping hand.

Recently, I helped organize Hudson Link’s biggest graduation ceremony to date, 48 graduates in total – most of them minorities – with more than 400 family members, friends, and well-wishers cheering them on.

There wasn’t a dry eye in the room as Michael Tineo, the valedictorian of the class, spoke to his daughter in the room. "I apologize to you because somewhere along the way, I got lost and made it difficult for you to see and understand just how much I love you," Tineo said. He went on to say: "Honestly, your daddy is not valedictorian because I’m that smart. Truthfully, it’s that you’ve been that much of an inspiration to me."

Tineo’s heartfelt speech reminds us that most of us are just one bad choice away from being separated from our loved ones. It’s also proof that even in the most challenging environments – like being incarcerated in a maximum-security prison – redemption and self-transformation are possible.

Take Christopher O’Neill, a Hudson Link graduate and current Sing Sing inmate, who says his decision to complete a college education is inspiring his family members and fellow inmates to follow in his footsteps. Chris beams with pride whenever he talks about his three daughters, two currently enrolled in college, and the other planning on attending law school in the fall.

Nehru Gumbs is another great example of how people can change their lives. Nehru earned his bachelor's degree earlier this month and already has a full-time job lined up when he returns home.

In its 21-year history, Hudson Link has helped more than 700 men and women earn a college diploma, saving New York state taxpayers over $21 million per year. The program boasts a recidivism rate of less than 2 percent.

Thanks to partners like the nonprofit Stand Together Foundation and inspiring correctional leaders like Sing Sing Superintendent Michael Capra, Hudson Link is helping put an end to the vicious cycle of recidivism and inter-generational incarceration by breaking down barriers that prevent people from realizing their full potential.

Let’s move away from the tired mentality of seeing prisoners as a punchline and a liability to manage, but instead as men and women with the potential to accomplish great things.

Sean Pica is the executive director of Hudson Link for Higher Education in Prison.