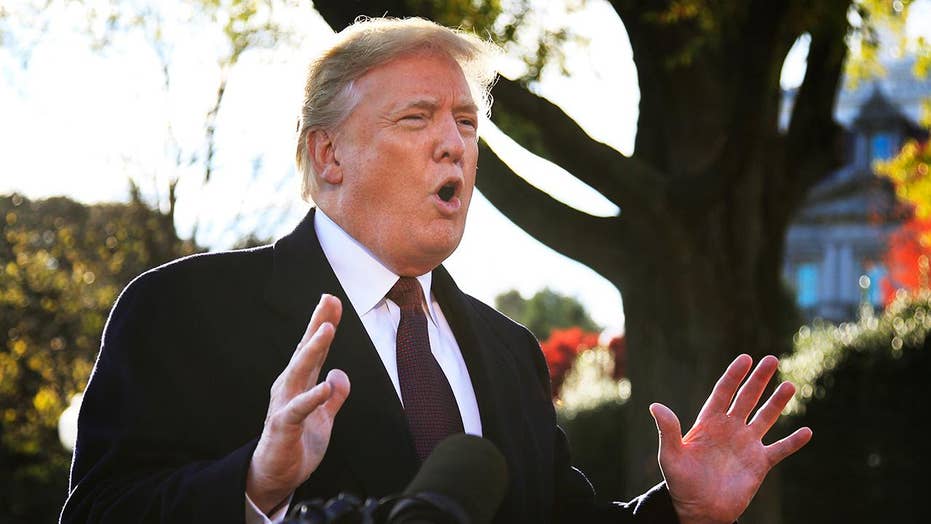 Last week, President Trump stirred some controversy when he assured Saudi Arabia the U.S. would remain a “steadfast partner” in spite of the October 2 murder of Saudi journalist and U.S. lawful permanent resident Jamal Khashoggi.

The U.S. imposition of sanctions on seventeen Saudis who were involved in Khashoggi’s murder was not a strong enough response for a bipartisan group of Senators including Lindsey Graham, R-S.C., who favor harsher sanctions against the Saudi royal family.

Khashoggi’s ghastly murder and Saudi Arabia’s proxy war against Iran in Yemen, which has resulted in a horrific humanitarian crisis, have sparked another round of heated debate about U.S. human rights policy.

U.S. national security relies as much on lethal strikes against our irreconcilable enemies as on a “soft power” commitment to human rights enshrined in our Constitution and Bill of Rights.  The U.S. is a beacon of hope for people all over the world who derive inspiration from our guiding principles including the rule of law, freedom of the press, democracy, and civil liberties.

Integrating human rights into U.S. foreign policy however, presents a myriad of challenges.  President Trump and Secretary of State Mike Pompeo accurately emphasized the world in which they make policy is “dangerous, mean and nasty.” The U.S. has for decades struggled with competing political, military and economic priorities, which are sometimes antithetical to making human rights the preeminent foreign policy objective.   Following 9/11 for example, the U.S. allied with Pakistan’s President Musharraf, who imposed martial law.

There long has been tension between international humanitarian law and an individual state’s territorial integrity. International law implies a duty not to intervene in the internal affairs of sovereign states but makes exceptions for human rights violations.

One of the most egregious failures to defend human rights took place during the Clinton administration.   President Clinton was well aware, including through CIA intelligence reporting, of the genocide in Rwanda but purposely failed to take any action to protect the roughly one million Tutsis and moderate Hutus who were murdered during a 100-day period in 1994.  Clinton was averse to embroiling the U.S. in another conflict after Somalia, lacked confidence in UN peacekeeping, and did not consider Rwanda to be of enough strategic importance to warrant U.S. intervention.

Aside from the intrinsic ethical and moral value in promoting human rights, governments, which respect human rights are less likely to threaten our national interests.  We must however be realistic about the extent to which the U.S. has to throw weight positively to influence other countries’ treatment of their own citizens.

The CIA has delivered its input and it’s over to our elected officials to decide the policy.

The U.S. has defended human rights not only with sanctions but also through private diplomacy, public statements from the bully pulpit, and channeling economic and military assistance to countries and organizations, which promote the right to life and liberty and freedom of opinion and expression.  Both Secretary of State Hillary Clinton and President George W. Bush publicly challenged Russian President Putin’s denial of basic freedoms of expression, assembly and the press during Kremlin-controlled parliamentary and presidential elections.

Former Saudi intelligence director and Ambassador to the U.S. Prince Turki al-Faisal claimed “the CIA is not necessarily the highest standard of veracity or accuracy in assessing situations.” Faisal was understandably trying to degrade the CIA’s influence on policy to enhance his defense of Saudi Crown Prince Mohammed bin Salman.   He would have done better to consider the veracity of Saudi claims, given his government’s evolving official rendition of the murder, the ghastly audio tape Turkey provided to CIA Director Gina Haspel, and CCTV coverage of the Saudi consulate in Istanbul.

But most importantly this debate is not about intelligence but rather U.S. foreign policy.

CIA delivers analytical judgments with low, medium, and high levels of confidence.  At the very best, the CIA might produce an assessment with “near certainty.”  It is always the president’s responsibility and prerogative to incorporate intelligence in his policy deliberation and decision-making.  But intelligence is not the only factor the president considers.   The Trump administration has rightly emphasized our strategic alliance with Saudi Arabia, which includes counterterrorism collaboration, countering Iran, and support for Mohammad bin Salman’s Vision 2030 reforms.

Former CIA Director John Brennan has called on Congress to declassify the CIA’s findings on Khashoggi’s murder.  A career intelligence officer, Brennan should have been sensitive to the risk of exposing CIA sources and methods and more considerate of House and Senate Intelligence oversite committees, which routinely hold closed hearings.  But of greatest importance is the bottom line, if we take the media leak at face value: the CIA assessed with a high degree of confidence that Mohammad bin Salman ordered Khashoggi’s killing.

President Trump delivered a very clear and direct public statement of U.S. policy relating to the Khasghoggi murder. Some of our citizens support his “America first” approach to Saudi Arabia, and some do not.  The CIA has delivered its input and it’s over to our elected officials to decide the policy.  Here’s hoping they ensure we do not entangle our intelligence community in what matters most to our nation: a policy debate about when and how to incorporate human rights into our national security strategy.