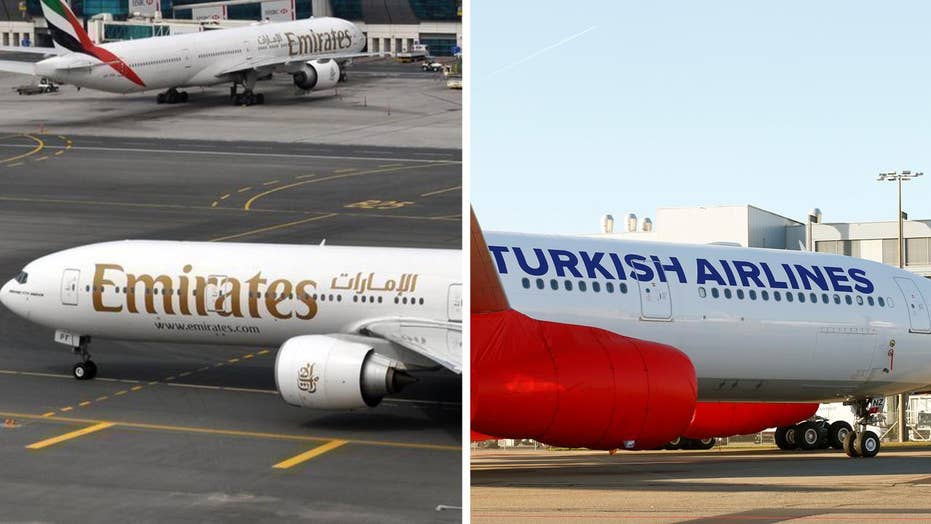 James Burnley’s July 22 OpEd – “It's time to defend US airlines and workers”– was the latest chapter in a longstanding misinformation campaign driven by the Big 3 U.S. carriers (including Mr. Burnley’s client, American Airlines).

The Big 3’s goal is to preserve their domination of the U.S. long-haul market by pulling out of America’s longstanding and mutually beneficial Open Skies trade agreement with the United Arab Emirates, and blocking Emirates and others from serving America.

As Mr. Burnley noted in his article, Open Skies agreements have provided great benefits to the U.S. airlines, their workers and, most importantly, the American traveling public. That is certainly true in the case of Emirates.

Last year, Emirates supported more than 104,000 American jobs and contributed $21.3 billion in revenue to the U.S. economy. We brought hundreds of thousands of new travelers to the United States and helped increase competitive air transport options for more than 1 million American and international travelers who flew with us – generating $3.2 billion of new trade-based revenue for the U.S. We are also the world’s largest purchaser of U.S.-built Boeing aircraft and a primary reason the U.S. enjoys a $19 billion trade surplus with the UAE.

We have been very clear about the fact that Emirates competes on a commercial basis and does not receive subsidies. Mr. Burnley’s article referred to the Big 3’s self-published and inaccurate report on the finances of Emirates and other competitors without mentioning the 210-page report we submitted to the U.S. government, which completely debunks the Big 3’s baseless claims. He also neglected to refer to our more than 20 years of annual reports, which are audited by PricewaterhouseCoopers, and readily available on our website.

We have been very clear about the fact that Emirates competes on a commercial basis and does not receive subsidies.

There is a reason the Big 3 have opted to advance their distorted math via million-dollar lobbying campaigns instead of filing a formal complaint against Emirates with U.S. Department of Transportation – the facts don’t support their claims.

The Big 3 are also happy to take advantage of government-sponsored benefits when it suits them. Some well-documented examples include their $15 billion bailout, the antitrust immunity enjoyed by the Big 3’s joint-venture partners, pension-relief legislation, the grandfathering of airport slots, fuel-tax breaks and various types of support from individual state governments. Does Mr. Burnley – who apparently wants a level playing field for global aviation – think these are strong examples of free-market capitalism?

Another point of misinformation – contrary to the Big 3’s apocalyptic rhetoric, their balance sheets are flush. American, Delta and United ranked No. 1, 2 and 4 in terms of airline profitability last year.

Behind their talking points, the Big 3 and their apologists are really looking to defend the all-too-recent status quo in which they controlled the U.S. long-haul market at the expense of consumer choice. They hope to go back to a time when they could extract pricing premiums from U.S. consumers while providing a poor product in return.

Sir Timothy Clark is the president of Emirates.