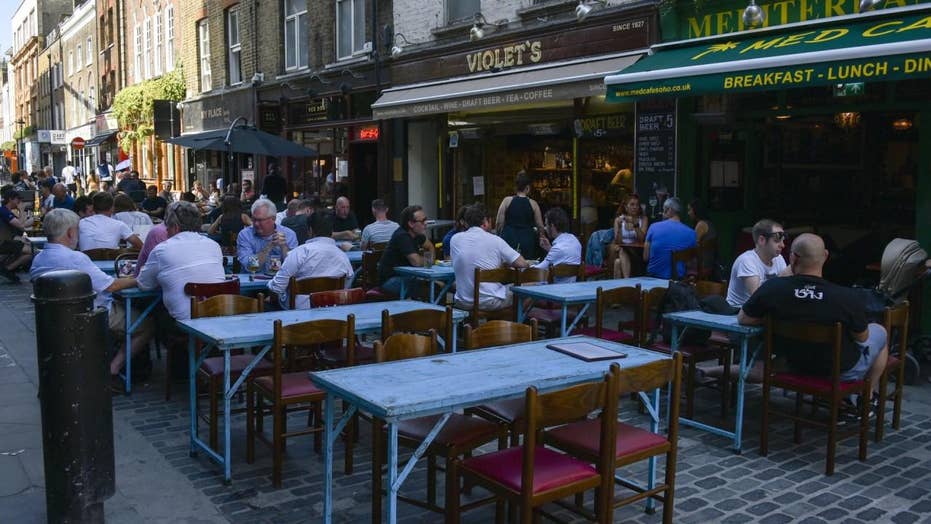 How will recent coronavirus spikes impact the economy?

Cornerstone Macro co-founder Nancy Lazar talks about the second-quarter GDP report and what she sees the economy doing in the second half of the year.

The second-quarter gross domestic product report issued Thursday showing the U.S. economy shrank by 9.5 percent from April through June wasn’t pretty. But while it’s no surprise that the coronavirus pandemic has hurt the economies of virtually every nation in the world, our economy is now on the rebound and the damage it suffered was not nearly as bad as it could have been.

Let’s start with an important fact: the economic shutdown in the U.S. was bipartisan, just as shutdowns around the world had the support of multiple political parties. The coronavirus originated in China and spread to every corner of the globe without regard to which political parties were in power.

Governors in the U.S. from both parties shut down their states’ economies in response to guidance from nonpartisan public health experts. The point was to combat the spread of the coronavirus, reduce its impact on our health care system, and protect the health and lives of the American people.

ANDY PUZDER: HOW TRUMP IS PUTTING REAL MONEY IN THE POCKETS OF AMERICAN WORKERS

That makes it particularly disturbing that presumptive Democratic presidential nominee Joe Biden is attempting to blame President Trump for the bipartisan shutdown’s long-anticipated economic consequences. Reacting to the decline in second-quarter GDP, the former vice president said “the depth of economic devastation our nation is experiencing is not an act of God, it’s a failure of presidential leadership.”

Biden’s claim is particularly hypocritical as the “depth of the economic devastation” to which he refers has been exacerbated by states with Democratic governors (such as California and New York) continuing their economic shutdowns to varying degrees. If you believe it’s a good idea to continue the shutdowns, you should at least be willing to accept the consequences of high unemployment and negative growth.

Complaining about the consequences of your actions while simultaneously advocating actions that will exacerbate those consequences is a level of hypocrisy rarely seen even in American politics — and that’s saying something.

The coronavirus originated in China and spread to every corner of the globe without regard to which political parties were in power.

So, let’s look at the numbers in greater depth. According to the Bureau of Economic Analysis, our country’s GDP took a predictable hit during the peak months of the global COVID-19 crisis by contracting 9.5 percent in the second quarter of this year over the previous quarter — or 32.9 percent on an annualized basis.

The 32.9 percent annualized (year over prior year) decline is what you may have seen blaring from headlines, rather than the far less frightening 9.5 percent quarterly (quarter over prior quarter) decline, because the annualized rate is the one `reporters are accustomed to using in normal times.

But these are not normal times. The annualized measurement of GDP growth is useful when you’re trying to evaluate the economy’s performance during a period of relative stability, but the current crisis is unprecedented.

In these times, the economy’s progress as we emerge from the shutdown is better represented by measuring it against the prior quarter than the prior year. The same will be true with respect to the numbers for the third quarter (which will be much improved, absent a resurgence of the virus).

It’s also important to keep in mind that our economic policies did not create this cliff.

In fact, “the U.S. economy entered this contraction on a healthier and more resilient footing than it did both prior to the Financial Crisis of 2008-09 and relative to other advanced economies” the Council of Economic Advisors wrote in a recent statement. “Additionally, thanks in part to growth-focused policy, the United States had the highest growth rate among the G7 countries prior to the pandemic, with growth roughly double the non-U.S. G7 average from when President Trump took office through to the end of 2019.”

Our economy undoubtedly would have taken a far bigger plunge but for its strength heading into the shutdown thanks to the Trump administration’s pro-growth economic policies.

The Trump administration’s actions subsequent to the pandemic have also lessened the economic impact of the coronavirus.

Much like the initial wave of job losses in March and April, the second-quarter drop in GDP was anticipated — which is why the administration worked with Congress to pass the CARES Act ensuring that working families and small businesses would have the financial means to make it through the pandemic.

Thanks to this bipartisan economic relief legislation — including stimulus checks, small business loans, and emergency unemployment benefits — the U.S. economy is roaring back much faster than most experts anticipated.

In May, our country regained a whopping 2.7 million jobs that were lost during the pandemic, blowing away all previous records for job creation. We did even better in June, gaining another 4.8 million new jobs. Even the most optimistic economists failed to predict these historic gains. While the coronavirus will influence the speed of the recovery, we will recover.

All indications are that the worst of the pandemic will be over by Inauguration Day in January due either to improved therapeutics or to a vaccine and thanks, in great part, to the Trump administration’s Operation Warp Speed.

As we begin to emerge from our homes and return to normal activities, we will hopefully be able to take advantage of the pro-growth policies — especially the tax cuts and deregulation — that created the historically strong labor market we had prior to the start of the pandemic.

Of course, that will require a Trump win in November.