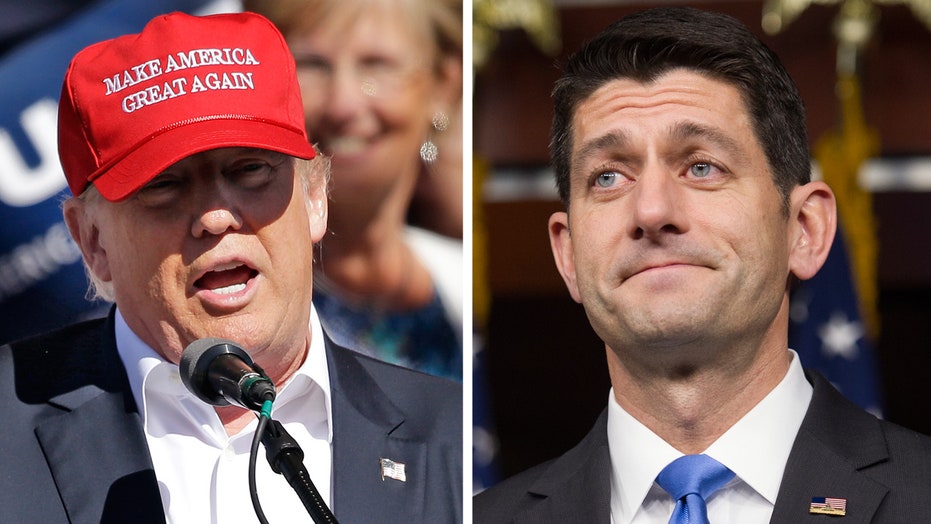 Reading between the lines of Trump's meeting with Paul Ryan

Why this about face after a couple of hours of face time in the nation’s capital? Because Trump and Ryan are numbers guys (one with real estate, the other with federal budgets).

In 2012, Mitt Romney reaped 93 percent of the GOP vote. However, Republicans constituted only 32 percent of the national electorate. Trump doesn’t win in November without a better quantitative showing. And Ryan could be back in the minority should Trump lose by more than 5 percent in states with vulnerable Republican congressman.

Simply put, it’s in both Trump's and Ryan’s short-term interests to be cordial at a minimum, even while maintaining serious policy differences that aren’t going away anytime soon despite this first attempt a little détente (you’ll know it’s a bromance if the hard-exercising Ryan agrees to a round of golf; or Trump goes bow-hunting in Wisconsin).

Despite the hoopla surrounding this meeting, it doesn’t ensure Republican “peace in our time,” as a failed British prime minister famously said. Though Trump has on occasion shown signs of a willingness to alter stances (most notably, the mass deportation of illegal immigrants), publicly acceding to a congressional agenda undermines Trump’s brand of anti-establishment and anti-status-quo thinking that warned him the party’s nomination. Just as Ryan won’t publicly give up on his conservative principles – most notably: entitlement reform (which I’d guess is the closed-door promise he’s seeking from Trump in exchange for a public endorsement).

Then again, would you rather be Donald Trump, trying to strike a deal with a practical fellow like Paul Ryan, or Hillary Clinton trying to come to terms with an irascible 74-year-old socialist?

The more primaries he wins, the more Vermont Sen. Bernie Sanders buys into the notion that he’s on a mission. Such self-deluded candidates don’t retire from the field gracefully. Good luck finding unity there. And good luck getting it — without having to further to socialist vision that work only in those parts of America where Whole Foods and marijuana dispensaries are plentiful.

W.C. Fields had it wrong: I’d rather not be in Philadelphia, where the Democrats will convene for their national convention and try to settle their differences.