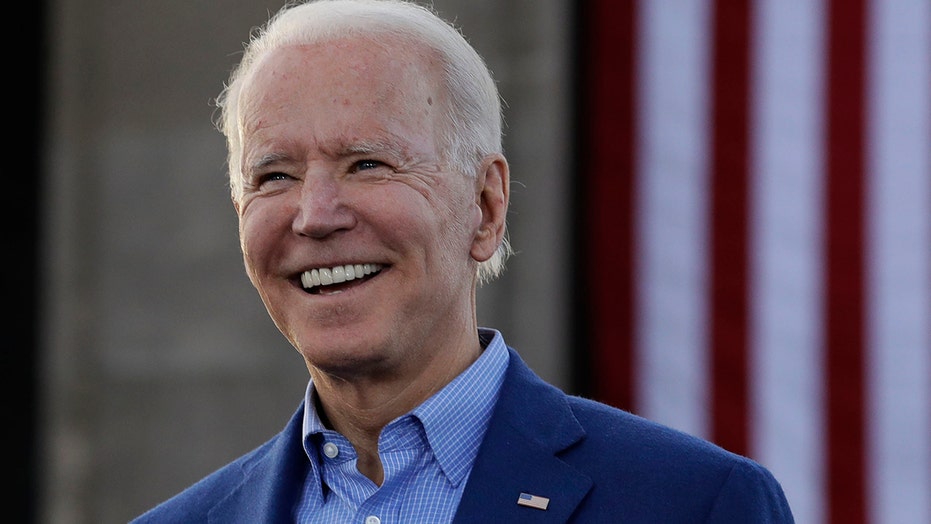 Millions of Americans are fed up with divider-in-chief Donald Trump and the awful job he’s done dealing with the coronavirus pandemic that has killed over 113,000 Americans and protests sparked by the murder of George Floyd at the hands of Minneapolis police – among his many failures.

As a result, President Trump’s poll ratings are sinking and the prospects are increasing that former Vice President Joe Biden will send Trump into political retirement in the November election.

Trump has appealed only to his base and sought to fan the flames of division and conflict between Americans. This is one more sign of the incompetent leadership of our reality TV president and it is also an unwise political move.

Hillary Clinton received about 3 million more votes than Trump in the 2016 presidential election, but lost in the Electoral College. Trump is taking a huge gamble if he thinks he can be reelected while trailing by millions of popular votes again, because Biden and his team have no doubt learned from Clinton’s mistakes and are focused on doing better in the Electoral College.

Trump has in effect changed the name of our country from the United States to the Divided States of America. He has increased our divisions along lines of race, ethnicity, socio-economic status and political views.

In the 1976 Academy Award-winning film “Network,” the main character – a TV news anchor – persuades his viewers around the country to open their windows and shout: “I’m mad as hell and I’m not going to take this anymore.” Americans aren’t yelling that out their windows today, but with their marches, protests and expressions of opposition to Trump in opinion polls they are effectively conveying that sentiment regarding the Trump presidency.

Biden, now the presumptive Democratic presidential nominee, is leading Trump in nearly every poll. After following stay-at-home orders in effect earlier in his home state of Delaware to fight the spread of the coronavirus pandemic, he ventured out on Memorial Day to honor our fallen military service members.

And unlike Trump – who ignores guidance from his own Centers for Disease Control and Prevention and acts as if he is above the law and all rules that apply to others – Biden has worn a mask to protect those around him and himself from the coronavirus.

Biden is getting out more now and appearing frequently in the media to offer the American people a sensible alternative to the chaotic, impulsive, uninformed and disastrous leadership of Trump.

Trump has in effect changed the name of our country from the United States to the Divided States of America.

The CNN poll has been criticized by some as an outlier. But several major national polls (CNN, ABC-Washington Post, Monmouth, Quinnipiac and Fox News) show Biden rising by between 3 and 8 percent from the middle of March until now.

While the NBC-Wall Street Journal poll did not show Biden gaining ground since March, it gave him a 7-point lead over Trump.

In crucial swing states – including Arizona, Florida, Michigan, North Carolina, Pennsylvania and Wisconsin – the Democratic Super PAC Priorities USA shows Biden’s support has increased by as much as 3 percent since March.

The horrific murder of George Floyd – an unarmed black man on the ground in handcuffs and not resisting police – has galvanized our nation to the mistreatment of African-Americans at the hands of police and to the larger issue of racism and unequal treatment and opportunity for our black population.

A cellphone video recorded Floyd’s death as a Minneapolis police officer knelt on his neck for nearly nine minutes, ignoring Floyd’s desperate cries that he could not breathe. Three other officers stood by as the life was squeezed out of Floyd’s body.

To his credit, Trump has ordered the FBI to investigate Floyd’s murder to see if a federal crime was committed, and has condemned Floyd’s killing. But the president has devoted most of his attention to attacking the minority of protesters who engaged in looting and other illegal activities.

And Trump bears responsibility for law enforcement officers forcibly ejecting peaceful protesters from a park in front of the White House so he could walk to a nearby church for a photo-op, posing with a Bible.

Biden has expressed far more sympathy for Floyd’s death and for continued discrimination that African-Americans face. He even traveled to personally meet with Floyd’s family members to express his sympathy for their loss.

“For all of you who are hurting so badly, I’m so sorry for your loss,” Biden said in a video message. “This nation grieves with you. Take some solace from the fact we all grieve with you.”

And speaking directly to Floyd’s 6-year-old daughter, Biden said on video: “Little Gianna, as I said to you when I saw you yesterday, you’re so brave. Daddy’s looking down and he’s so proud of you. I know you have a lot of questions. No child should have to ask questions that too many black children have had to ask for generations – why? Why is daddy gone? Looking through your eyes we should ask why are the answers so often too cruel and painful.”

“Now is the time for racial justice,” Biden continued. “That is the answer we must give to our children when they ask why. Because when there is justice for George Floyd we will truly be on our way to racial justice in America and then, as you said Gianna, your daddy will have changed the world.”

Biden talks about knowing how those who have lost loved ones are feeling, having lost his first wife, daughter and son. He is a real, relatable, kind and loving man who clearly cares about the pain and problems suffered by others.

That’s a stark contrast to Trump, who tweets and tweets and tweets with complaints about being unfairly attacked, viciously attacks and insults his critics, and labels any news report that doesn’t shower him with praise as “fake news.”

I think Americans are tired of the tweeter-in-chief’s constant whining. They want a president focused on our nation, not a narcissist focused on airing his personal grievances.