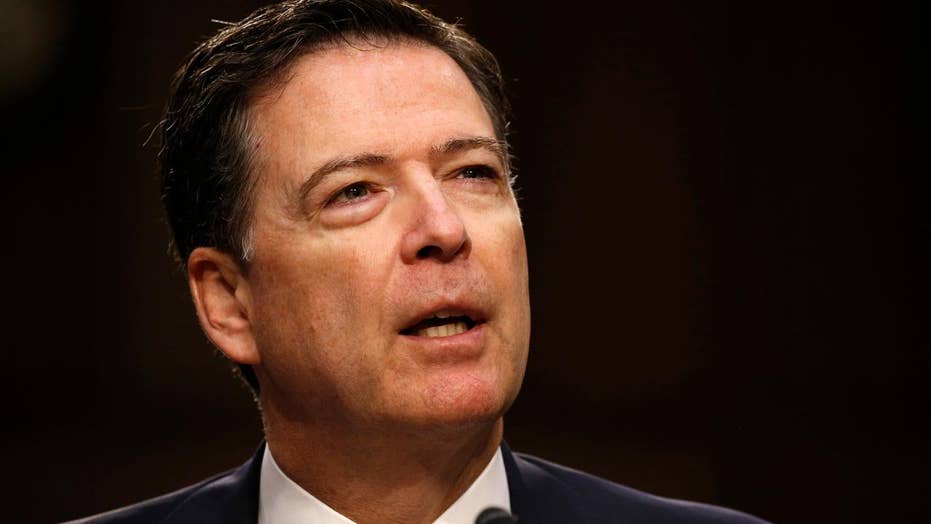 President Trump has accused former FBI director James Comey of illegality in leaking memos that may have contained classified information.  If it is true that the leaked Comey memos – laundered through a law professor in an effort to pressure Deputy Attorney General Rod Rosenstein into appointing a special counsel – contained classified information, who will investigate Comey?  Surely the Special Counsel, Robert Mueller, Comey’s friend who he helped get appointed, could not conduct a credible investigation. Nor could Rod  Rosenstein, who made the appointment.  Will yet another special counsel have to be appointed to conduct an investigation of Comey’s leaking?

On the basis of what we now know, it does not appear that Comey committed a crime.  What he did, if the allegation turns out to be true, is remarkably similar to what he investigated with regard to Hillary Clinton’s improper use of a private email server.  Both Clinton and Comey were sloppy in their handling of classified material and both deserve to be criticized for their negligence.  But neither crossed the line into willful criminality.  Of course, Hillary’s enemies argue that she did cross the line.  And Comey’s enemies will argue the same as to his conduct.  But judged by a uniform standard, neither should be prosecuted for what appear to be honest mistakes.

We don’t know at this point whether the Comey memos actually contained information that is classified, and even if so, was it so designated before or after Comey disclosed it?  We also don’t know the level of classification, if any.  What we do know is that Comey’s claim that he was entitled to leak the memos because he was a “private citizen” is bogus.   The memos contained information he obtained as a government employee and the memos were the property of the government.  If they contained classified information, he was not entitled to leak them without prior approval.

President Trump was quick to tweet that Comey’s actions were “so illegal.”  That is, of course, what Trump’s critics are saying about his actions, and those of his family, his campaign aides and his transition team members.  Both sides are rushing to judgment when it comes to criminalizing the political acts of their opponents.  Both sides seem to believe that if something done by their opponents is wrong, it should be criminal.  But that’s not how our system of justice works.  For something to be criminal, it must be explicitly prohibited by an existing criminal statute.  There must be a criminal act, accompanied by a criminal intent.  Moreover, the law must be clear and unambiguous.  These salutary rules are designed to protect Democrats and Republicans alike.  But they are being abused by Republicans and Democrats alike in the short term interest of partisan advantage.

Perhaps the most extreme example of stretching the law to target an individual for a political sin is the recent statement by lawyer and law professor Richard Painter directed against Donald Trump’s son, who attended a meeting with a Russian lawyer who suggested that she might provide him with negative information about Hillary Clinton.  This is what Painter said: “This was an effort to get opposition research on an opponent in an American political campaign from the Russians, who were known to be engaged in spying inside the United States.”  He suggested that Trump’s son might be guilty of treason and should be in custody.  But the Constitution specifically defines treason, providing that its definition is exclusive and limited.  Here is what it says: “Treason against the United States shall consist only levying War against them, or in adhering to their Enemies, giving them Aid and Comfort.”  (Emphasis added)  This definition clearly does not cover “an effort to get opposition research” from the Russians.  But the Constitution doesn’t seem to matter to those who are convinced that any wrongful action must also be criminal.

Back to the Comey leaks.  It is unlikely that there will be any investigation, except perhaps an internal one by the Justice Department.  Comey should be rebuked by the Justice Department for violating their rules, but there is not enough evidence at the moment to warrant the appointment of another special counsel.  Nor is there enough to conclude, as President Trump hastily did, that Comey’s misconduct was “so illegal.”