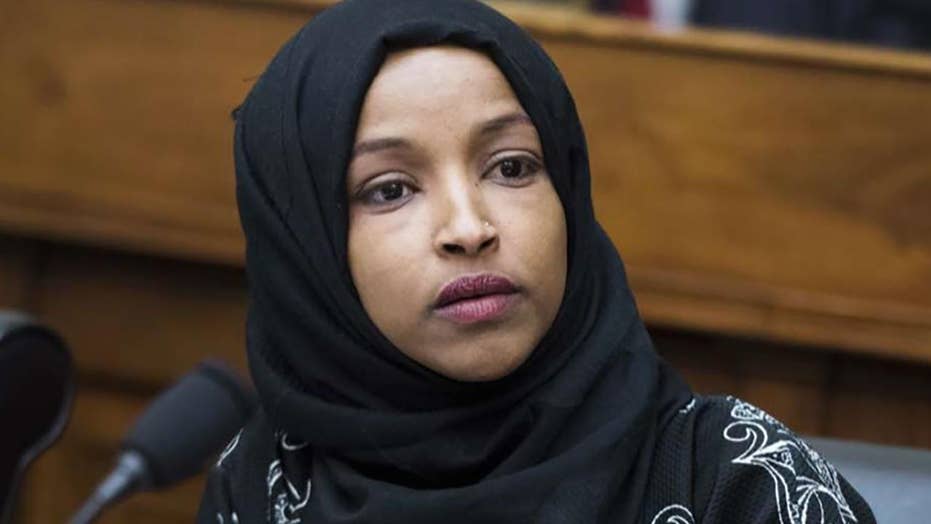 Democratic leaders will put forward a vote on the House floor Wednesday to denounce anti-Semitism in the wake of Rep. Ilhan Omar’s latest inflammatory remarks about Jewish support for Israel. But it’s unlikely that Omar will pay a real price for her bigotry.

Speaking about Israel and the Palestinians last week at a panel at Busboys & Poets, a “community-gathering space” in Washington, Omar, D-Minn., demanded the right to “talk about the political influence in this country that says it is OK for people to push for allegiance to a foreign country.”

REP. ILHAN OMAR SHOULD BE CONDEMNED -- RELIGIOUS, RACIAL AND ETHNIC HATRED MUST FIND NO REFUGE IN CONGRESS

To applause, including from her fellow panelist Rep. Rashida Tlaib, D-Mich., another Israel-hater, Omar wondered why she was allowed to criticize the oil and pharmaceutical industries but is forbidden “by a powerful lobby” from criticizing Israeli influence over U.S. Mideast policy.

Then, over the weekend, she doubled down, tweeting that she would refuse to “have allegiance/pledge support” to Israel as a condition of serving in Congress -- as though anyone had demanded that.

Seth Barron is associate editor of City Journal and Project Director of the NYC Initiative at the Manhattan Institute.