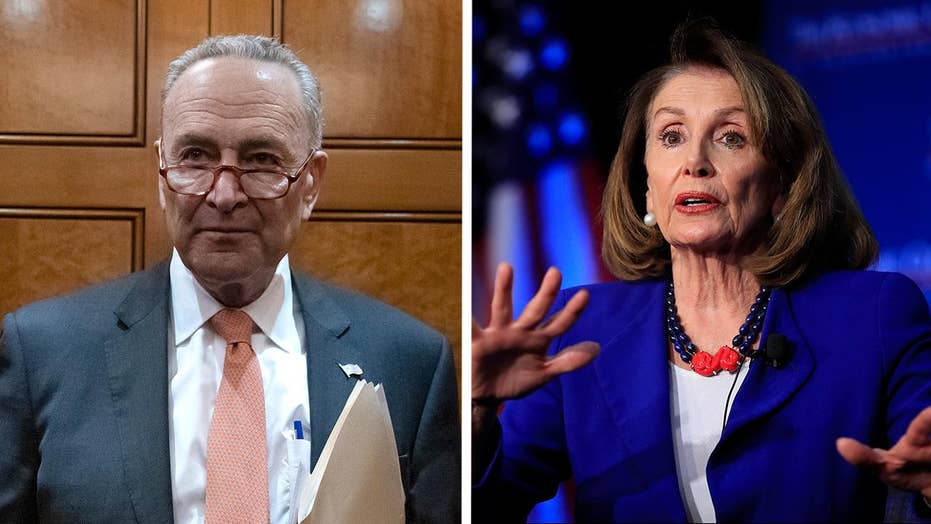 The November midterm elections were perhaps the most consequential midterms that I have experienced in my politically active lifetime – and we Democrats took no prisoners.

Let's look at the results by the numbers:

Many factors attributed to our 2018 midterm success. But two of those factors stand out as having carried the lion’s share of the load:

WAS DEMOCRATS' OBSESSION OVER TRUMP AND RUSSIA WORTH IT FOR THEIR PARTY?

Secondly, Democrats across the nation focused on the five M’s for campaign success: Messengers, Message, Money, Mobilization and Momentum.

Got it? Good. Because this article isn’t about how we won in November. This is about what happens next.

You see, in the weeks and months immediately following Election Day, I became deeply concerned that we would fall back into the old patterns of political gamesmanship that has too often plagued our 230-year-old republic.

The simple truth is that the American people sentenced the Republican Party to at least two years of hard time in the House minority because they failed to pass a policy agenda that would directly improve the quality of life for everyone, especially middle-income working families and the working poor. We cannot afford to repeat their political sins, or we too will find ourselves cast aside in 2020.

I worried that the conventional wisdom that demanded our new majority to do unto them (Republicans and President Trump) as they have done or would do to us would prevail, thrusting us once again into the tit-for-tat that hardens already hardline positions and serves no one well, least of all the American people.

The simple truth is that the American people sentenced the Republican Party to at least two years of hard time in the House minority because they failed to pass a policy agenda that would directly improve the quality of life for everyone, especially middle-income working families and the working poor.

We cannot afford to repeat their political sins, or we too will find ourselves cast aside in 2020.

It seems, however, that those fears were unfounded…at least in the short term.

Instead, it seems that the House Democratic Majority has taken its job seriously; passing landmark legislation to reduce big money’s influence in our politics, make it easier to vote and adopt common-sense gun reform.

In just a few months, Democrats in Congress have made a good start. But we have miles to go before we sleep.

Twice the new House voted to stand up for workers and end President Trump’s reckless and destructive government shutdown and even found support across the aisle in the GOP-controlled Senate to block the president’s illegal use of emergency powers to fund his top campaign promise.

Now, what does this all mean? I’m not sure.

It could mean that nothing has changed, that our Democratic leadership is simply exploiting a political opportunity and that this optimistic momentum will fade back into the political cynicism and blind obstructionism that characterized our Republican colleagues’ recent tenure in the majority.

But it could mean something else.

It could mean that Democrats in the 116th Congress are ready to reject the old enmity and rivalry in order to answer the question that will define us as a party and a nation: How will history remember us?

I hope it’s true because, if it is, then we have a foundation upon which we can effectively execute a block and tackle strategy that not only maintains our majority status and positions us to expand the political map in 2020 in order to take back the White House, but holds within itself the capacity to achieve the fundamental change for which many  have been praying and working.

Now, let’s be clear about something. I agree that we should investigate the cups of corruption that overflow in this administration. It’s shameful, it’s disgusting and it’s harmful to our democracy.

Let us also remember that, in both form and focus, there is a fundamental difference between Special Counsel Robert Mueller’s investigation and Congress exercising its constitutional powers of investigation and oversight to seek out public corruption wherever it may hide.

But we should and are doing a whole lot more than that. We must now take it to the next level with a bold policy agenda for the American people. Let us expand health care, raise wages, reform K-12 and higher education, abolish student debt, invest in our infrastructure and make affordable housing a reality for every American.

We must take on and solve tough issues like comprehensive immigration reform. We must make the economy work for everyone. We must protect Medicare and Social Security. We must address environmental injustice, promote sustainability, restore fairness and rebuild trust in the idea that government can work for the people – all the people.

In just a few months, Democrats in Congress have made a good start. But we have miles to go before we sleep.

We know the American experiment will be put to the test like it has never been before with a Republican president, Republican Senate and a Democratic House. But our sincere hope is that the Democrats will do two things well: Investigate and Legislate – because it does take two to make the thing go right.