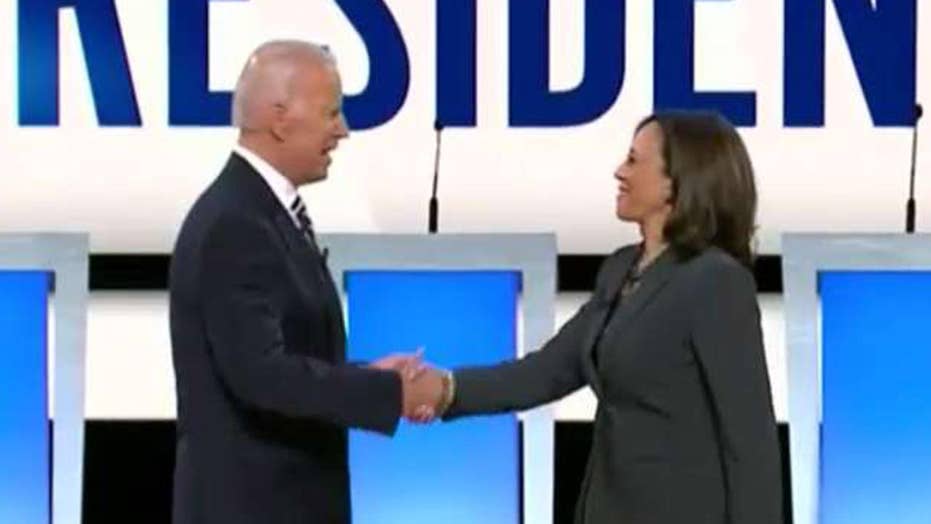 Highlights from another busy week in Washington and around the nation.

With the latest round of Democratic primary presidential debates behind us, we head into the Iowa State Fair, the annual agricultural event and quadrennial political test before the Iowa caucuses. It’s a good time to assess the race for the Democratic nomination.

At the fair you can get almost any food fried on a stick. Of the 20 candidates speaking there this week, many of them are fried on a stick, too. A number of them won’t make it to February's Iowa caucuses, the first contest of the nomination process.

If you didn’t make the debates, and you’re not going to make the next one, then you’re done. If you made the debate by the skin of your teeth and are polling in low single digits, you’re done, too. Some candidates are starting to realize it. California Rep. Eric Swalwell dropped out before the second debate. Ex-Colorado Gov.  John Hickenlooper may do the same, possibly entering the Colorado Senate race. More candidates will have to quit as the money starts to dry up for everyone except the top tier, and self-funding, candidates.

While Biden had a more animated performance than in the first debate, it did nothing to assuage concerns about his ability to take on President Donald Trump.

Yes, he continues to lead in the polls but his margin is buoyed by the support of African-American voters. In the latest Quinnipiac poll, Biden has the support of 53 percent of black voters, the majority of whom are women. Those women are the most pragmatic voters, and they will decide the Democratic nomination. African-American women know all too well what is at stake in this election. If they decide Biden isn’t up to taking on Trump then they will support the candidate best suited to beat him. 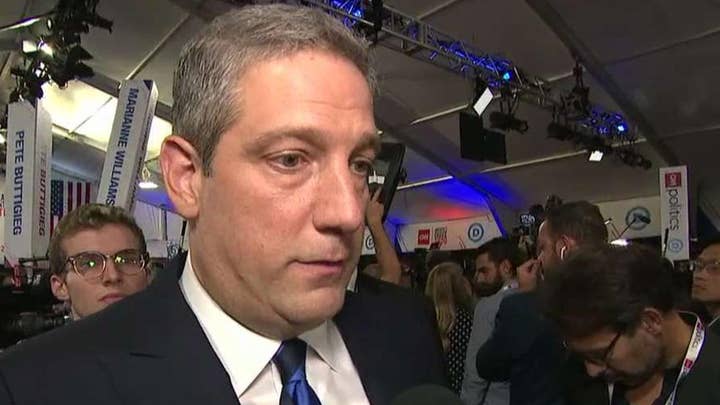 Sanders' Tuesday night debate performance could have been from 2016. It was classic Bernie -- the crusading promoter of his policies and ideas accompanied by his trademark hand-waving gestures. But did it do anything to stop his slide in the polls?

This week's straw poll is a reminder that the 2020 campaign is much further along than most people, and even many candidates, realize.

No. Is it likely Warren will continue to pick up support at Sanders’ expense? Yes. Will Sanders will have the money to stay in this race until at least Super Tuesday? Yes. But that doesn’t mean his standing will improve as the process continues.

If Sanders doesn’t win one of the first two contests it is hard to see him picking up enough delegates to finish in the top two, let alone secure the nomination.

The winner of the debates last week was Warren. Her performance on Tuesday night was by far the best and better than anyone on Wednesday night as well. She drew contrasts between herself, Sanders, and the moderate candidates on stage with her. Warren also had the most memorable moment when she took out John Delaney with her comment “I don’t understand why anybody goes to all the trouble of running for president of the United States just to talk about what we really can’t do and shouldn’t fight for. I don’t get it.”  As soon as I heard that remark I tweeted, “Hello 911 I want to report a murder.”

Whether it is on the debate stage or the campaign trail you always see the same Warren; tough, passionate, and full of plans. That approach has served her well as she continues to climb in the polls.

Last, but not least, is Kamala Harris. After her superb performance in the first debate that catapulted her in the polls, she came back to earth in the second one. I have called Warren methodical and Harris mercurial. We saw the mercurial Harris on Wednesday night. In that debate she reminded me of Barack Obama as a candidate. He would have a great performance one night and a terrible one the next, only to come back even better on the third performance. That is Harris too. If she can settle into a series of consistently strong performances using the prosecutorial approach that is so natural to her, then she will be a formidable opponent against Warren for the nomination.

Another indication of the position held by Warren and Harris in the wake of the latest debate is the impressive crowds at their events just after it. Warren had over 3,000 people the day before the AFSCME Presidential Forum in Nevada, site of the all-important caucus that is the fourth contest in the nomination process. Harris had a crowd of more than 2,000 people in Colorado, home of presidential candidates Michael Bennet and Hickenlooper. In addition to the crowds, this week Warren should see another increase in the polls and Harris might as well.

Beyond the fried food on a stick and the iconic Butter Cow, another big attraction at the Iowa State Fair is the unscientific straw poll open to all attending the fair. In 2015, Hillary Clinton and Donald Trump ran away with the poll. Hillary Clinton won the Iowa caucus and Trump came in a very close second behind Ted Cruz. Trump and Clinton eventually faced one another in the general election.

This week's straw poll is a reminder that the 2020 campaign is much further along than most people, and even many candidates, realize. The fact is elections -- and the nomination process -- are won in June, July and August. With only 182 days until the Iowa caucuses, Warren and Harris are on the rise, Biden and Sanders are fading, and the rest of the field is fried on a stick.