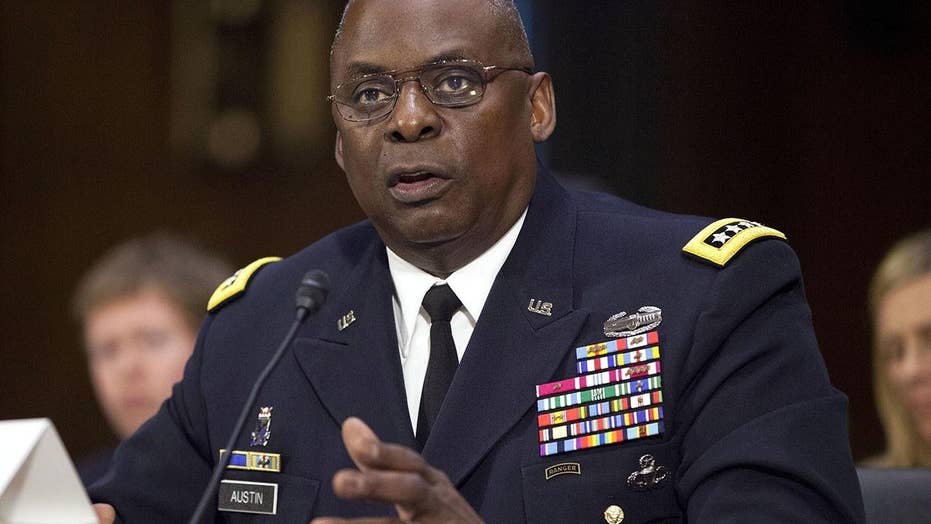 Question 1: What will the new president's defense policy be?

The commander-in-chief, after all, is the one in charge. If he doesn’t commit to strong policies that protect America and our national interests, good things won’t be accomplished no matter who is the defense secretary.

REBECCA GRANT: BIDEN'S DEFENSE SECRETARY PICK MAY BE SHOCKED BY THESE SURPRISING THEMES AT PENTAGON

The Trump administration is a case in point. President Trump never seemed comfortable with his leadership team at the Pentagon. He was, however, deeply committed to “peace through strength.”

Trump pushed the Defense Department in the right direction during his entire term. The Heritage Foundation’s “Index of U.S. Military Strength,” which objectively grades the armed forces in the same way every year, documents improving readiness under the Trump administration.

In contrast, the team at the Pentagon during President Barack Obama’s administration hummed along relatively seamlessly for eight years presiding over a historic decline in military readiness and defense capabilities, while Russia and China closed the gap. Why? That was the policy President Obama wanted.

We know very little about what kind of defense policy a Biden presidency will deliver. The issue hardly came up on the presidential campaign trail. That might be because there was little to criticize in the Trump defense policy. But this does leave a giant question mark over what to expect from Biden presidency. The nomination of Austin doesn’t give us much of an answer.

All we know for sure is that there are many discordant voices on the left. Some want to gut our nuclear arms. Some are among the most isolationist and would be happy to withdraw from the world and let the United Nations run everything.

Many Democrats would like to reverse Trump's policies in the Middle East and Northeast Asia that have made those regions the most stable in decades. Many don’t want to show a strong face against China or ensure that America’s conventional and strategic deterrence is unassailable.

We don’t know how influential these voices on the left will be in a Biden White House. We don’t know where Biden will stand on these issues — and that matters a lot more than who gets the top office at the Pentagon.

Question 2:  Will the defense secretary be skilled at waging the bureaucratic wars that rage in Washington?

There is no question that Austin knows how to wage war on America’s enemies around the world and knows how the Pentagon operates. The 67-year-old retired general proved that during his 41-year Army career, which ended with his retirement in 2016.

But knowing how the military runs is only a part of the job of the defense secretary. It doesn’t require a former general to run the Pentagon. The Defense Department has plenty of generals, and it cranks out more of them all the time. If the defense secretary doesn’t have good generals, he can always fire them and replace them with others.

The most effective defense secretaries don’t just know how the Pentagon works. They also know how to deal with the blitzkrieg of external forces that push and pull on defense policy. And they are skilled at engaging and dealing with a sometimes hostile news media, Congress, the rest of the Cabinet, the White House, and foreign allies and enemies.

One of the best defense secretaries of modern times was Melvin Laird, who served in that slot from 1969 to 1973. He had a stint in the Navy during WWII, but what really made him an extraordinary Pentagon leader was his time in the House of Representatives, where he served from 1953 to 1969 representing Wisconsin.

Laird’s congressional experience made him as thoroughly familiar with grappling with power brokers in Washington as it did with the intricacies of defense policy.

Laird was a Washington Jedi. On issue after issue, he would often outfox National Security Adviser Henry Kissinger and delivered President Richard Nixon the policies Nixon needed most — often better ones than Nixon asked for. In recent memory, there have not been many leaders like that in the Pentagon. There weren’t any in the Obama era.

Secretary of Defense Mark Esper, in his brief tenure before President Trump fired him in November, delivered some real results. There are a few folks around — such as Rep. Mac Thornberry, R-Texas, the retiring chair of the House Armed Services Committee; or former Sens. Jim Talent, R-Mo., and Jon Kyl, R-Ariz. — who could carry that load. But Austin does not have that kind of resume.

If confirmed, Austin would have to prove he is up to the Washington way of war. Few are. Many have demonstrated that. Having worn stars alone is no particular prerequisite for success.