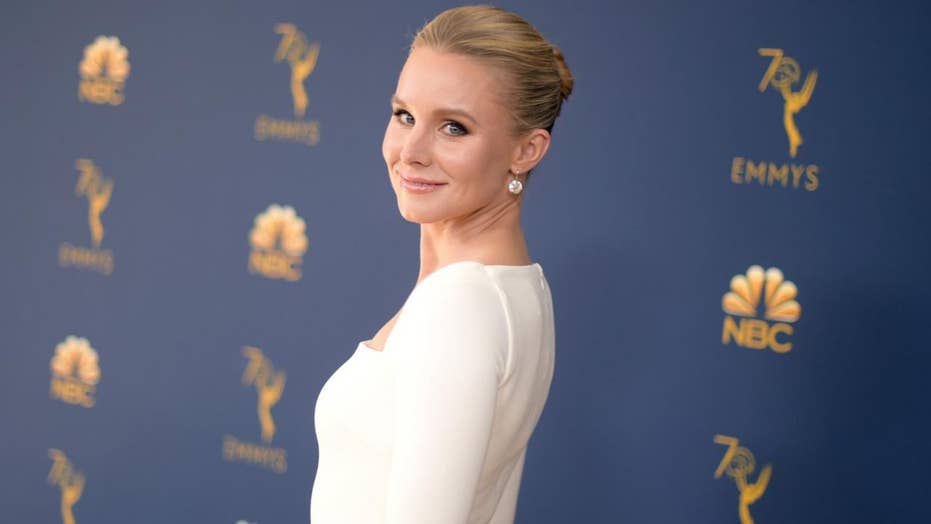 'The Good Place' and 'Frozen' actress Kristen Bell sparked some debate and outrage on social media after calling out the fairy tale 'Snow White' for its lack of concern for consent when it comes to the famous kiss.

Let’s cut girls in tiaras some slack. With all the hoopla and outrage over cartoon heroines fighting evil in high heels and with a man at their side, you might think that Cinderella endorsed Trump over the weekend. In an era in which almost anything goes, it’s hard to understand how a little taffeta and a rags-to-riches backstory has offended so many who make a living in the headlines.

Yet, in the manufactured world of astro-turf offenses, ire has been turned against classic heroes and ladies fair over things as horrific as Prince Charming’s kiss of Snow White, in lovely Technicolor in 1937. For those who don't know the story, Snow White is an exiled, impoverished, rightful queen whose evil stepmother tries to kill her. Prince Charming, after a quest, breaks the spell with a kiss. Throw in seven men in the mining industry, and you have a politically incorrect movie on steroids.

Recently, Kristen Bell, who has profited as the voice of Anna in "Frozen" from a love of all things royal and animated, said: "Don't you think that it's weird that the prince kisses Snow White without her permission? Because you cannot kiss someone if they're sleeping!"

But did you watch the movie? Snow White was in a magic coma in a glass coffin. What did she have to lose? For all we know (given the limits of 1937 animation) the prince was giving her mouth to mouth, as he saved her life. It’s not like he was in an episode of Lifetime’s show “You,” about a scary stalker.

It seems to me that people are missing the fundamentals of fairy tales that inspire. Truths like true love do exist, but it usually faces adversity to thrive. Truths that good people will have to stand against evil, and it won’t be easy. Truths that good friends lighten a load and make every journey a better adventure. And truths like high heels and a great dress can be fun.

But of course the open-minded folks who decide what the rest of us can watch may just ban your next sugar high of sparkle because any movie that indicates that boys are not gross can’t be good. To put it in the language of the demographics of the films: Girls, boys have cooties. Stay away.

Keira Knightley noted recently that in her house "Cinderella" is “banned, because she waits around for a rich guy to rescue her.” And the "Little Mermaid" is out too for making a bad decision at the beginning of the movie, also to catch a boy’s attention.

It’s hard to believe that anyone would make a movie that includes a love story about a girl and a guy and occasional bad choices. (Like Knightley did in "Pride and Prejudice" or "Love Actually" or "Pirates of the Caribbean" or "Anna Karenina" or "King Arthur" or "Begin Again" or "The Edge of Love," etc. You get the picture.)

Now married 26 years, I found the condemnation of men as unworthy of a princess’ time rather sad. It’s true that in most Disney movies, or frankly on anything the Hallmark Channel serves up, boy meets girl or vice versa, and after adventure, begin a life together rather than apart. That’s not selling out. That’s empowering, because two are better than one, though you need to be careful about which one you pick.

Entertainment icons who abhor the formula of danger, dresses, daggers and dragons are free to make their own movies. Isn’t that what they do? Maybe they could create a warrior priestess of Wall Street, who changes society with natural snacks, while wearing recycled fibers. No boys allowed.

Maybe people would watch it. Maybe not.

But frankly, it’s fun to read an epic tale, and imagine a world of castles, kings and magic. Generations have grown up on fairy tales because they resonate. Do you really think that all the fascination with Meghan Markle’s princess status isn’t a little connected to the curiosity of grown women who once wished upon a star?

Full disclosure, I receive no money for writing this column. In fact, I’d probably be a wealthy woman if I’d bought Disney stock rather than Disney products over the years. I didn’t buy them to prove a point, but to bring a smile to my children’s faces, as I watched them use their imaginations to create new adventures with the characters Disney brought to life.

Walt Disney once said, “We are not trying to entertain the critics. I’ll take my chances with the public.” I hope the current leaders of Disney feel the same way so that the next generation can enjoy the magic. After all, princesses are people too.

Kristi Stone Hamrick is a media consultant. Follow her on Twitter@KristiSHamrick.