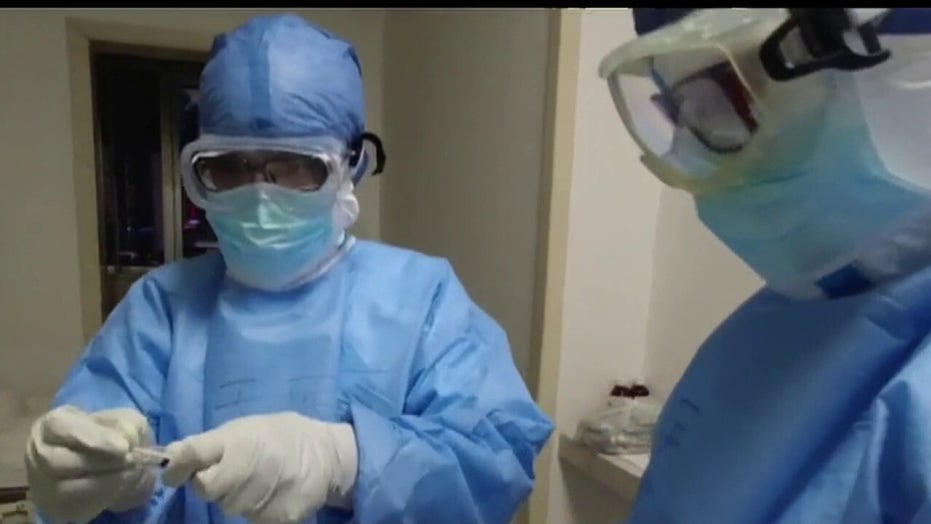 Even in this time of bitter partisanship, Democrats and Republicans in Congress are finding common ground and joining with President Trump in a bipartisan effort to respond to the surprise attack on our health and our economy by the coronavirus pandemic.

In order to defeat the Chinese coronavirus, the American people must step up to the plate and be prepared to sacrifice as an earlier generation did in the 1940's to defeat the scourge of Nazism and fascism. America entered World War II after Japan attacked our forces at Pearl Harbor on Dec. 7, 1941. Now we’ve been attacked by a microscopic enemy, but the threat is just as grave.

In the 1940s, members of our greatest generation put their lives on hold in order to defend a shared ideal: freedom. They rallied around the American flag by working in factories to build war supplies; they left their families; they went to battle on foreign lands and seas; and over 400,000 didn’t come home because they made the ultimate sacrifice.

It was through a strong belief in God that America persevered during those extraordinarily trying times.

The patriotism and honor of these heroic men and women gave us countless examples of American Exceptionalism. People of every nationality remain in awe of what the American people did even three-quarters of a century later.

’ve produced documentaries such as “A City Upon a Hill: The Spirit of American Exceptionalism” – a film that features an appearance by President Trump. The film focuses on what it is that makes the United States an exceptional nation as well as the importance of God in our society. I believe strongly that these two things are interconnected.

At times like this, we must lean on God in order to overcome enormous odds and accomplish feats that require the best humanity has to offer.

We can succeed in this difficult period as we did in the 1940s, but every American must be willing to execute on the plan that President Trump and our national leaders and experts have put into place.

President Trump is leading us through this crisis. Stopping travel from China at a very early stage was a bold game-changer. The president followed this with a wise and courageous decision to close travel by foreigners from Europe and then Britain.

Uncle Sam wants you …to just stay home for a while. This is hardly comparable to joining the D-Day invasion or the Battle of Iwo Jima while facing enemy fire during World War II.

These actions showed the American people that the president is taking the coronavirus emergency very seriously and understands it will take hardships across the board to be victorious against this new adversary.

For example, parents in every neighborhood across the country are filling the void left by school closures to teach their children at home for extended periods of time.

In order for this new Apollo-type project to be a success, it’s imperative that millennials do their part in order to “flatten the curve.” It’s all hands on deck, even for those not familiar or accustomed to national sacrifice.

It shouldn’t take government executive orders closing bars, restaurants and beaches for the younger generation to understand that it’s extremely dangerous to socialize in the midst of this crisis.

The idea that the coronavirus only affects the elderly is dead wrong. A recent Centers for Disease Control and Prevention report found that 38 percent of those hospitalized with the coronavirus are under the age of 55.

Younger Americans must wake up and understand that this is no time for selfishness. My message to them is this:

Just because you might not be experiencing symptoms if you are infected with the coronavirus doesn’t mean you won’t pass the virus on to parents, grandparents or others unknowingly.

Perhaps for the first time, your country is asking you to do more. President Trump and your home state governor are not asking you to pick up a weapon or build a bomb. They’re simply asking you to practice social distancing so fewer Americans contract the virus and get sick or die.

Uncle Sam wants you …to just stay home for a while. This is hardly comparable to joining the D-Day invasion or the Battle of Iwo Jima while facing enemy fire during World War II.

Social distancing can only accomplish the goal we desire if everyone takes part. In years to come, this shared sacrifice is something that we’ll look back on and say we did the right thing and it saved lives.

While millions of Americans hunker down to weather the coronavirus storm, our nation’s health experts are moving mountains to find a vaccine. Director of the National Institute of Allergy and Infectious Diseases Dr. Anthony Fauci said that this all-important effort was “launched in record speed.”

This is just one glowing example of American Exceptionalism – and there will be many, many more to come as we get through these historic times as one united people.

The coronavirus crisis must lead to important reforms as we move forward, such as ending our dependence on medical supplies from China and other foreign sources.

What could be more important than putting into place policies that incentivize companies to manufacture medicine and medical equipment right here in America? It’s a no-brainer; we must fortify our medical supply chain.

I’m confident that America will overcome the coronavirus crisis and come out stronger and better as a result. With new challenges come new and unexpected heroes – from all generations.