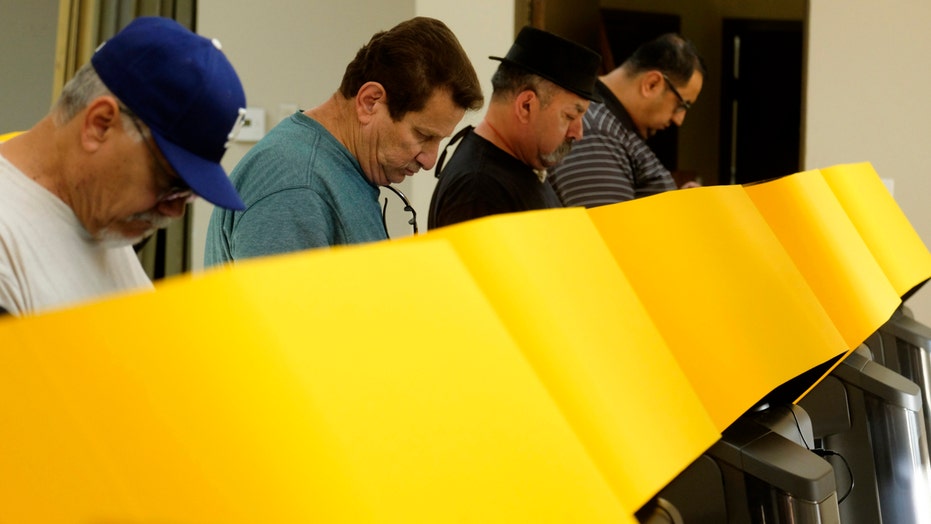 Colorado voters will make a decision at the ballot box this year that will have much larger consequences for our country than their vote for president. Before them is the choice to keep the Electoral College or overthrow it with the National Popular Vote (NPV).

The NPV is nothing more than a power grab by Democrats in large urban states. States would give their Electoral College votes to the winner of the national popular vote, no matter how the citizens of the state voted.

Colorado got in the mix when Democratic Gov. Jared Polis and the Democratic-controlled state legislature joined the National Popular Voter Interstate Compact. As currently devised, the compact has 15 states and Washington, D.C., comprising nearly 200 Electoral College votes, that would turn over their electoral votes to the alleged winner of the popular vote.

NEWT GINGRICH: BIDEN VS SANDERS – HERE'S WHAT TO EXPECT IN THE FIGHT AHEAD

With Democrats on the march in nine more states possessing 88 electoral votes, including Michigan, Maine, North Carolina and Virginia, their sights are set on an iron-gripped control of the federal government by large urban states.

This is why a Colorado citizen initiative via the ballot box to repeal the state surrendering to NPV is worth all of us watching. These citizens have organized “Preserve Colorado’s Electoral Vote” to give actual voters their first chance to directly express their opinions.

Repeal would be a serious blow to any national momentum for the disastrous compact. It will also serve notice to other Americans that just because Democrats want to squander your states political power, doesn’t mean you have to let them.

The writers of our Constitution, beginning with Alexander Hamilton and James Madison, did not stumble on the Electoral College by chance. It was a deliberate choice to protect the rights of small states and stop larger states from simply imposing their will on the entire country. It is not a mistake that we have a bicameral national legislature, with one chamber’s membership determined by population and the other which treats states equally, giving them each two senators.

Progressives want to impose a standard of majority rule, as determined exclusively by matters of population size. That is not what the Founding Fathers envisioned. They made a conscious decision to avoid the tyranny of the majority.

The National Popular Vote would be an opportunity for a very few large population hubs to essentially dictate the entire national agenda and push their policies and preferences on the majority of Americans.

Abandoning the current Electoral College, which Bernie Sanders and Elizabeth Warren support, would be surrendering to “tyranny of the majority” of coastal elites who believe changing to a national vote system is an easier path to the White House than having rural state voters cast judgment on out-of-step progressive agendas.

The NPV would be great for states such as California, New York and Illinois. It would be an opportunity for a very few large population hubs to essentially dictate the entire national agenda and push their policies and preferences on the majority of Americans, most of whom live outside those metropolitan areas. For the majority of states without major population centers, the NPV would be a disaster.  Why any of the mid-size and smaller states would surrender their right to be heard is befuddling.

Presidential candidates would essentially be incentivized to ignore the issues facing not just Colorado, but virtually any state without large population centers. My home state of West Virginia has about 1.8 million people. There are more than 8 million votes to be had in New York City alone. Gone will be the days of coalition building and visiting states and voters with a variety of backgrounds.

In Colorado, why would presidential candidates care what rural communities think about the water wars on the Colorado River when the population of southern California is five times that of the entire state of Colorado?  Even if candidates did campaign in Colorado, their attention would be on Denver and surrounding localities. Candidates would no longer be compelled to address the concerns of an entire state.

To tie this all together, the interests of Democrats in large population states are driving the national popular vote system. Of the $1.8 million that has already been spent in Colorado in favor of the National Popular Vote, more than 99 percent has come from outside the state, with more than 75 percent coming from the state with the largest population and most to gain – California.

The famed Benjamin Franklin led the charge for the Declaration of Independence to call on us to “mutually pledge to each other our Lives, our Fortunes and our sacred Honor.” While it is a pledge all of us need to take seriously, a little of Franklin’s common sense is what is needed in Colorado this year.