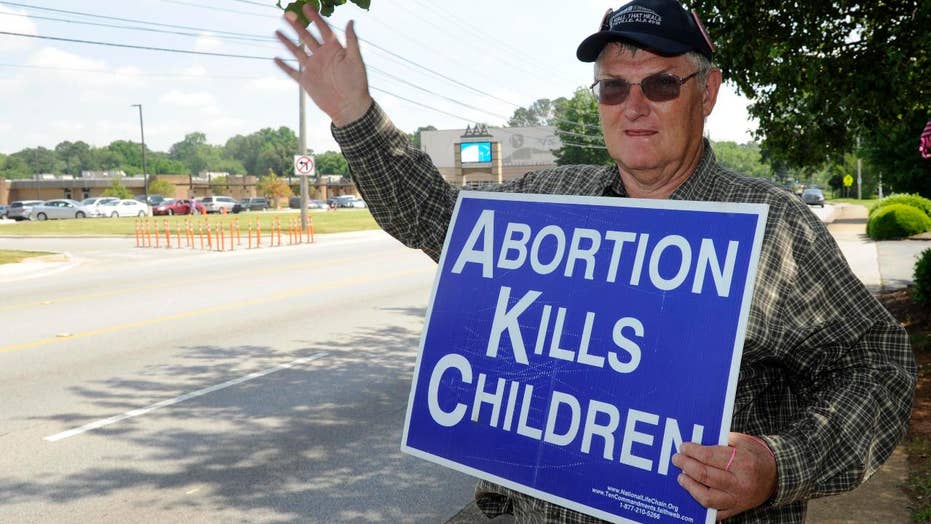 One reality of liberal media bias is that even the press get fooled by their own poor reporting. That’s what happened this week when left-wing journalists discovered that a vast swath of America is actually fond of babies.

Pro-life bills appeared in Georgia and Alabama and have swept across much of the South and into Ohio. Journalists had felt secure that most people agreed with them supporting abortion to the moment of birth … or after. Suddenly, they learned otherwise. The pro-abortion Guttmacher Institute claimed that more than “250 bills restricting abortion have been filed in 41 states “in 2019. And some of those bills were passing.

The media let out an almost primal scream as a result. NBC Nightly News Anchor Lester Holt declared that Alabama “openly defied” the Supreme Court. Daily Beast writer Barrett Holmes Pitner compared the fight to the horrors of racist “Jim Crow” and claimed the GOP was “taking aim at our entire U.S. Constitution.”

LESLIE JONES RIPS ALABAMA ABORTION LAW ON 'SNL': 'YOU CAN'T TELL ME WHAT TO DO WITH MY BODY'

Those were the milder reactions. Journalist Jill Filipovic went for disturbing and cutting remarks. Filipovic, who is a contributing opinion writer for The New York Times and a “weekly columnist for Cosmopolitan and CNN,” called for men to be dismembered. She declared her “prochoice prolife compromise.” “You can vote for abortion restrictions in return for half an inch cut off your penis with each one,” she tweeted.

Don’t expect the rest of the liberal media to tell you about her demented comments. They agree with her.

Journalists had such strong opinions on abortion that it was hard to tell them from the pundits. CBS “This Morning” correspondent Jan Crawford blasted the pro-life laws, saying: “These state laws are just coming too fast and they’re too extreme.”

It was much the same at MSNBC. Anchor Joe Scarborough summed up the media groupthink, that the GOP was “scaring the hell out of a lot of Americans.” He didn’t mention that those  Americans were mostly Democrats.

The press couldn’t just attack the pro-life legislation, it had to misrepresent it. Many outlets from The Guardian to Glamour lied that the Georgia bill would lock up women who had abortions after the ban. PopSugar likened women’s bodies to “crime scenes.” The Washington Post admitted as much, writing, “Women in Alabama and Georgia will not be criminalized.”

“MTP Daily” Host Chuck Todd didn’t lie, he just presented only one side. He cited polling support for abortion, but didn’t note there are polls saying the opposite. Even fellow MSNBCer Steve Kornacki admitted, “the polling on this is very hard to pin down.”

Predictably, the major newspapers were stridently pro-abortion. The New York Times turned its editorials into a contact page for pro-abortion organizations, blaming the Alabama “law’s remarkable cruelty” for its own unethical journalism. The Times actually tried to recruit volunteers for the abortion groups, suggesting “those looking to support abortion access can look into becoming a clinic escort.”

The Post editorial board wasn’t quite as activist, declaring, “Extreme antiabortion laws are unconstitutional,” but it added they were “dangerous.” I don’t suppose Posties think 60 million abortions since Roe v. Wade are dangerous.

This fight didn’t just belong to the news media. “The View” Co-host Joy Behar complained that the Alabama bill had been passed by “all white guys,” forgetting it was signed by a woman — Gov. Kay Ivey. Then Behar delivered her solution: “Maybe we should make it a law they should all be required to get a vasectomy.” Her lefty audience loved that idea.

Hollywood got actively involved in defending the right to end the lives of babies. Woke actress Alyssa Milano used old liberal claims no one believes anymore. “Nobody wants to get an abortion. Nobody. We are all pro-life,” she pretended to CNN’s Chris Cuomo.

What’s left out of the latest abortion battle is how poorly journalists cover the debate. They had so long relegated pro-life voices and the massive attendance at the March for Life to the sidelines that they couldn’t envision that the pro-life movement had any force behind it. It took President Donald Trump taunting ABC’s David Muir to make liberal journalists cover the event.

History repeated itself when journalists downplayed or flat-out lied about how Democrats were defending post-birth abortion.

This is all just the latest example of how out of touch journalists are with much of the nation they pretend to cover. The news media hype diversity in every other industry but would never lower themselves to try and diversify their own staffs so they could do a better job.