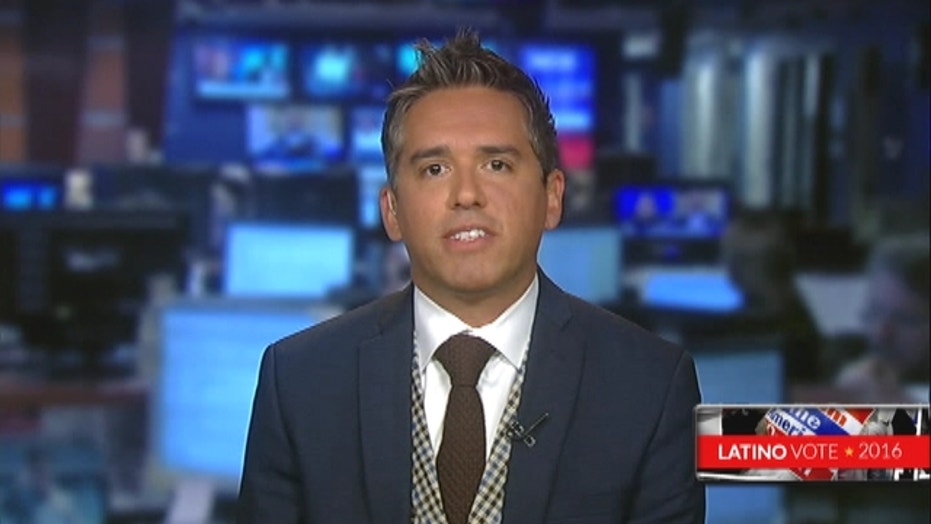 Latino Victory Project President Cristobal Alex says this is the “most important election of all time.”

Every election cycle Latinos are asked to prove ourselves. We must justify to political operatives why we matter. We must remind candidates that we can make the difference in their elections and explain why they should speak to us. We argue our case to donors who don’t want to give money for the outreach and mobilization needed to get Latinos out to vote.

The last two weeks in the presidential race should have put all of that to bed for good, both for this cycle and those to come.

The reality is that when there is investment early on in Latino outreach, and when long-lasting relationships are created with the Latino community, Latinos come out to vote (...) We come out to vote when we see ourselves and our priorities reflected on the ballot.

Latinos, once again, proved that we provide decisive winning margins for victorious candidates and turn out where and when it matters. Late last month, in a must-win for her campaign, Hillary Clinton notched a decisive victory in Nevada propelled by the burgeoning Latino community in Clark County, home of thousands of Latino casino workers. And, just yesterday, on Super Tuesday, Clinton, once again, blew the competition out of the water in Texas, the day's largest electoral prize of all, by turning Latinos out and winning the Latino vote by a mind-boggling 42 percent margin.

Texas displayed the largest Latino electorate to date, with 31 percent of the state's voters, and she received 72 percent support from Latinas and 69 percent from Hispanic men. This portends equally strong results in Florida, Arizona, California and New Mexico.

In just under two weeks the nation's attention will be on Florida Latinos. Senators Cruz and Rubio will be focused on turning out older Miami Cubans, and Hillary Clinton and Bernie Sanders will focus on their kids and grandkids, and on the million-plus Puerto Rican population along the I-4 corridor and around Orlando. I expect Trump will continue to demagogue our community as he has since the first day of his campaign, and we will remind Latino voters of that over and over again until Election Day.

Which brings us to the general election. What matters most to the Latino community and delivers our votes are how the campaigns and candidates address our concerns. Latinos, and especially Latinas, delivered President Obama his winning margins and the stakes are even higher this year, as Latino populations have surged just as anti-Latino rhetoric has grown.

It's time for some self-searching too.

Politicians and many others don’t realize that we’re deliberate about our vote and it's up to us to hold them accountable. We vote when you earn our vote; when you ignore us and take us for granted, we stay home. That does not mean our power is diminishing; it means we don’t believe you have our best interest at heart, you didn’t talk to us, you didn’t invest in us, and you didn’t inspire us to come out to the polls.

At the same time, we sit back and wait to our own detriment. By now, it's obvious that we have to self-advocate and that we have to insist and build our own power. In that regard, Latinos are not unlike any other voting group in the United States. Yet people expect Latinos to come out to vote in large numbers, and to be politically engaged just because. It doesn't work that way. Candidates and most funders invest less money for Latino get-out-the-vote efforts than they do for any other group, and they spend less money in advertising to Latinos, but they expect and need a bigger Latino turnout.

The reality is that when there is investment early on in Latino outreach, and when long-lasting relationships are created with the Latino community, Latinos come out to vote. We vote because we want immigration reform; we want good jobs, higher minimum wages, access to higher education, and environmental protections that guarantee that we leave a healthy world and environment for the generations after us. In other words, we come out to vote when we see ourselves and our priorities reflected on the ballot.

Latinos have achieved many victories in the past decade, and we are on the heels of achieving even more — like electing the first Latino-strong ticket from, hopefully, the vice president on down to the first Latina to the U.S. Senate, and a new wave of Latino House Members and state legislators.

No candidate can get to the White House without the Latino vote. And we’ve made it clear to candidates that Latinos are listening, and come November we will vote for whoever has our best interest at heart. Latino political power is alive and strong. Doubt us or discount us at your own risk: something contemporary winning campaigns know full well.