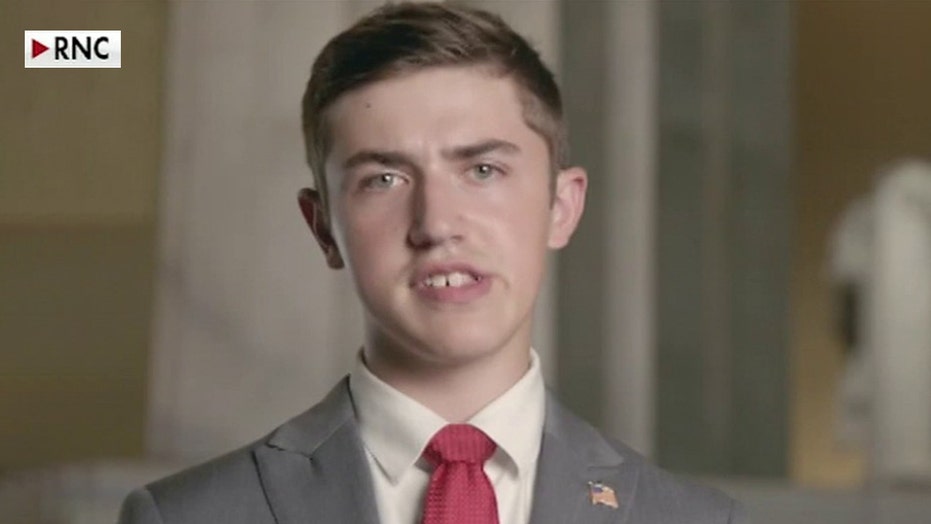 Beginning the college year during the coronavirus pandemic is difficult enough for millions of students. But the beginning of my freshman year at Transylvania University in Kentucky is being made even more difficult by an unwarranted attack against me by the cancel culture due to my conservative views.

Even before starting college I was the subject of a lot of unwanted attention following media coverage of a school trip I took in January 2019 to Washington, D.C. I wore a Make America Great Again hat, expressing my support for President Trump, as I participated in a pro-life rally at the Lincoln Memorial with fellow students from Covington Catholic High School in Kentucky.

As you may have heard, I was confronted by a Native American activist who stood in front of me and began chanting and banging a drum. I simply stood there and smiled, but some media accounts falsely portrayed me and my fellow students as aggressors who provoked a confrontation. I filed a lawsuit against The Washington Post and CNN.

With that behind me, I recently began my freshman year at Transylvania University in Kentucky. But unbelievably, an official of the American Civil Liberties Union — a liberal group that claims to be dedicated to defending free speech — criticized the university last week for admitting me, saying my admission was a “stain” on the school.

In a Facebook post, Kentucky ACLU staffer Samuel Crankshaw wrote of me that “this kid clearly is a provocateur in training with no intention of learning. He exists only to troll, intimidate and play victim.”

ACLU STAFFER FUMES AT UNIVERSITY FOR ACCEPTING NICK SANDMANN, CALLS IT A 'STAIN' ON THE SCHOOL: REPORT

I have never met Crankshaw. He knows nothing about me besides news stories regarding my trip to Washington and lawsuit. Yet still, he tries to cancel me and demand that I be denied admission to college. Why? Because he seems outraged that my conservative values don’t align with his left-wing ideology.

So should only liberals and those on the far-left be able to get a college education? Should there be an ideological purity test required that bars conservatives and Republicans? That’s a pretty frightening idea and sounds like something you would expect in a totalitarian state, not a democracy where we are all guaranteed free speech by the First Amendment to the Constitution

The ACLU claims to support free speech but, at least where Crankshaw seems to be concerned, that only applies if you share his ideas. While he works for an organization founded on inclusivity, he is quick to exclude differing opinions. If you are a conservative like me, watch out. The intolerant left might come for you, too.

As a graduate of Transylvania University, Crankshaw doesn’t deem me worthy of sharing an alma mater with him. How would he have felt if he had been denied admission as a liberal? I imagine he would have been rightfully outraged. But he hypocritically wants my dreams of a higher education canceled.

Jonathan Turley, a scholar known for being a strong advocate of free speech, responded on his blog to defend the need for free speech and defend me from Crankshaw’s attack.

“I have previously written, as a long supporter of the American Civil Liberties Union (ACLU), about my concern over how the venerable group has changed under its current leadership, including a departure from its long robust defense of free speech.” Turley wrote. “Recently, the ACLU has abandoned its famed neutrality and has not supported some on the right while supporting those on the left.”

So should only liberals and those on the far-left be able to get a college education? Should there be an ideological purity test required that bars conservatives and Republicans?

And then, referring to Crankshaw’s attack on me, Turley wrote that “it is far more alarming to see an ACLU official rallying people against a young man whose chief offense appears to be that he is publicly (and unapologetically) conservative and pro-life.”

Turley is right. Colleges have a reputation of being toxic places for conservative, pro-life ideas like the ones I hold. But an alumni assuming I’ll act in a certain way before even meeting me? Well, that’s a new low.

Crankshaw will be sad to learn that, against his wishes, I feel that I am treated fairly as a student and am looking forward to learning and forming my own opinions over my next four years at Transylvania University.

Sadly, I’m not the only young Republican being attacked for my political beliefs. Conservative students on college campuses across America face attacks just for speaking out and exercising their First Amendment rights.

If the threats to students like me don’t come from the left-leaning administrators, the threats come from fellow students who call on campus leadership to cancel events or shut down student organizations that dare challenge their left-wing view of the world.

Recently I became a part of Senate Majority Leader Mitch McConnell’s reelection team because the Kentucky Republican — just like President Donald Trump — will not bend to liberals who wish to rewrite history or cancel you.

Sen. McConnell said during the Republican National Convention he “won’t be bullied by a liberal media intent on destroying America’s institutions.”

Sen. McConnell and President Trump are the exact leaders we need at a time when liberal mobs take glee in destroying our lives and erasing our voices. Kentucky and our nation need leaders who will stand their ground and empower young conservatives like me to do so as well.

I don’t advocate barring liberals or even socialists from going to college. It is wrong for any of us to demean people who hold different beliefs. Now more than ever, we need more speech, not less. We need to hear new ideas and to learn from others. That is exactly what I and so many students returning to school want to do. I invite Democrats to join us.

Just like President Trump and Sen. McConnell, I’ve fought against those who wish to silence my opinions. While our conservative values might not always be the popular ones held by celebrities and athletes on TV, we will not stop speaking out for what we believe is right.

And to those who are inclined to write my future for me, I say let me define myself. I will not be canceled.