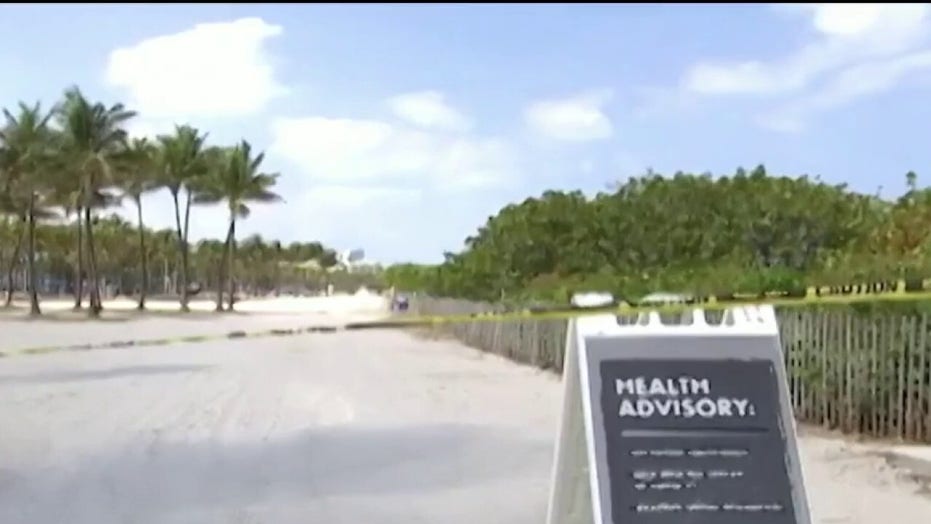 States decide how to reopen parks, businesses amid coronavirus pandemic

Many states continue to ease restrictions on their self-imposed lockdowns amid the coronavirus crisis; Fox News correspondent Jonathan Serrie reports.

Counter to science and common sense, the Interior Department is keeping far too many of our national parks closed. More people will attend a Gov. Andrew Cuomo press conference than my campsite by the Grand Tetons. Yet, the Grand Tetons are closed indefinitely.

Yellowstone National Park remains closed with no announced re-opening. It is a bit smaller than half the size of New Jersey. If I stay 300 feet from a bear and six feet from other people, why should it remain closed? I go to Yellowstone so I can enjoy the beauty and get away from people. Yet, it is closed.

The Post Office is open. Most of the national parks are closed. I can get on an airplane, but I can’t go into the Grand Canyon. It makes no sense.

President Trump joined Interior Secretary David Bernhardt at the White House April 22 where the president touted that our national parks will be open. “We will move to open them quickly,” said the president. Evidently not.

One of the excuses for not opening the parks now is the influx of people that will converge on the gateway towns. They don’t have the resources to deal with a potential flare-up of COVID-19. If a restaurant, hotel or local business feels the risk is too high, then don’t open, but denying Americans access to their parks is fundamentally wrong and counter to the goal of socially distancing.

Inside the parks, it is totally understandable if all the accommodations and food operations are not functional. I don’t go to a national park to buy corndogs and churros as I do at Disneyland. Tell people before they enter a park what is and is not available and they can make their own decisions.

This week Bryce Canyon and the Great Smoky Mountains National Park partially opened, so we know it can be done. Opening all the national parks will go a long way in giving people a safe outlet to get outside. It will help us all and it will lessen the pressure on the state parks.

In Utah, Gov. Gary Herbert opened the state parks weeks ago, but on Wednesday they turned off the flow of water at Gunlock State Park due to overcrowding. Utah has five (Dubbed the “Mighty Five”) of the most picturesque national parks in the country, but since four are still closed the state parks are filling the void and bringing record crowds. Open the national parks, the public is more dispersed, and pressure is relieved from the state parks.

Wash our hands. Stay at least six feet apart from others. Breathe fresh air and get outside. It seems like the right formula, if only our government will allow us to do it.