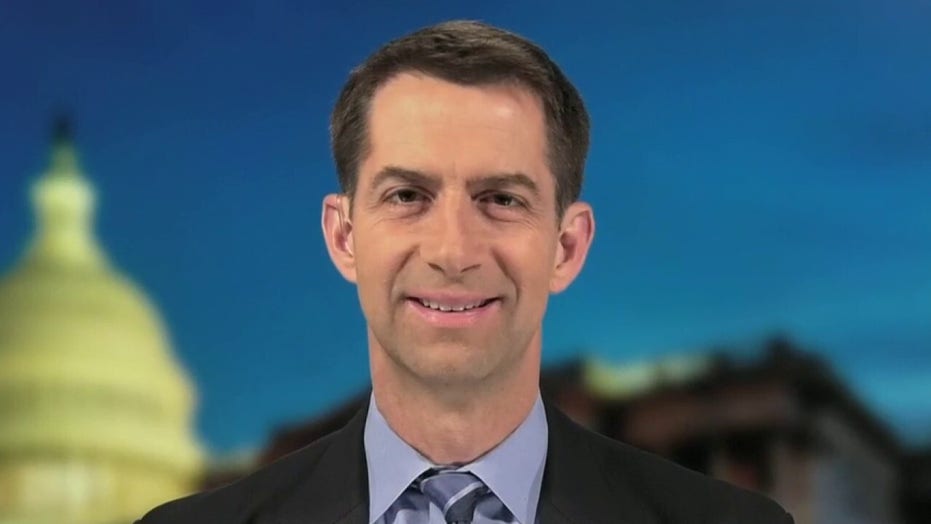 Sen. Tom Cotton on bill to cut US dependency on China for pharmaceuticals

If anything good can come from the coronavirus pandemic, it is the revelation of America’s over-reliance on China, especially when it comes to drugs.

Adams spent his 30-year military career as an intelligence officer, a military attaché in South Korea and deputy U.S. military representative to NATO. He told the network he thinks China knows “exactly what they’re doing and they’re incredibly good strategists. … They select their industries for the future, and they’ve got a plan.”

China has threatened to restrict drug exports to the U.S. following President Trump’s accusation that the regime withheld news of the virus, which surfaced in Wuhan last December.

The New York Times reports, “Chinese pharmaceutical companies have supplied more than 90 percent of U.S. antibiotics, vitamin C, ibuprofen and hydrocortisone, as well as 70 percent of acetaminophen and 40 to 45 percent of heparin in recent years, according to Yanzhong Huang, a senior fellow for global health at the Council on Foreign Relations.”

That’s called leverage and Beijing could use it anytime they choose. It has recently threatened to do so.

I once tried “buying American,” focusing on items made only in this country. I gave up after a few days. It was nearly impossible to find anything not stamped “made in China.”

For too long U.S. businesses have outsourced to China, exploiting their cheap labor to maximize profits. While supply chains are more diversified than ever, it would be a patriotic exercise and in our best interests if we could slowly transition many goods and services back to America.

"Nightly Business Report" reported last summer what should become a trend: “The pace of companies moving production out of China is accelerating as more than 50 multinationals from Apple to Nintendo to Dell are rushing to escape the punitive tariffs placed by the U.S., according to the Nikkei Asian review.”

If President Trump could promise to bring back jobs from overseas, as he did and has, why couldn’t he do the same with drugs and other essentials made in China? It could not happen all at once, any more than the outsourcing occurred overnight, but we could begin the process and this virus that has infected and affected the world gives our leaders an opportunity to start.

Many of the profits earned by China from U.S. businesses have gone to support its vast military and expand its reach in other parts of the world.

In a story about China’s growing presence in Latin America, Business Insider noted: “In early December, El Salvador’s president announced that China had agreed to ‘gigantic, nonrefundable cooperation’ with his country, investing an undisclosed amount in projects, including a stadium, water-treatment plant, and tourist development.

“Less than two weeks later, Argentina’s new government said it was ready to join the Belt and Road initiative, China’s sprawling infrastructure and development effort, which would make it the first of the region’s four major economies to do so.

Those two developments at opposite ends of Latin America are only the latest signs of China’s deepening ties in the region.”

The U.S. views China’s rapid expansion warily but seems unsure of what to do about it. China poses a greater threat to U.S. interests than the Sandinistas and other communist and communist-backed groups ever did.

We had better pay attention to China’s plans and take countermeasures, or “made in China” could eventually be stamped on the United States.