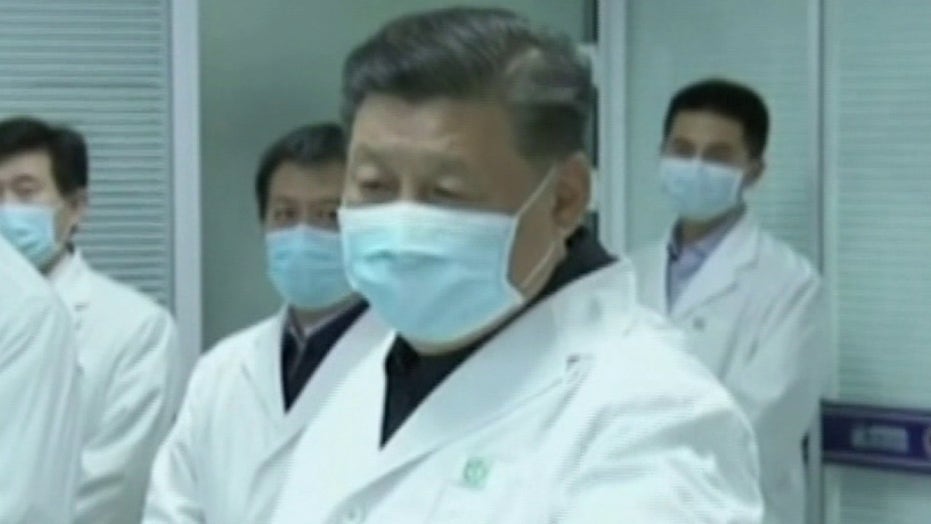 With over 39,000 American lives lost forever due to the COVID-19 pandemic — 13 times more than the savage terror attacks on Sept. 11 — multiple reports at Fox News point to China’s sloppy handling of a lethal pathogen in a virology institute in the city of Wuhan as the most likely cause.

Combined with clear evidence of Beijing’s coverup of the severity of the virus — even going to great lengths to silence its own experts who tried to warn an unsuspecting population — it is only the scale of China’s responsibility in the current coronavirus that is up for debate.

While a comprehensive investigation is being conducted at the highest levels of the Trump administration to ascertain the facts, it is not too early for Washington to consider how it will respond.

JOHN JAMES: CORONAVIRUS AND CHINA – US MUST MAKE THESE CRITICAL ITEMS HERE AT HOME

President Trump must ensure that China pays a considerable price for any actions that cost our country tens of thousands of lives, trillions of dollars of economic growth along with trillions more in debt, precious jobs lost and something even more important: a sense of security that may not return for years — if ever.

Such a response should mirror what the Trump administration has done to other rogue states: maximum pressure, but on steroids. China — and other nations contemplating such behavior — must know that their actions will result in the severest of consequences. We must completely rethink every aspect of our China policy and be unafraid to label Beijing what it is: a dangerous 21st-century evil empire whose communist government should have fallen into the ash heap of history along with the Soviet Union.

I would offer a simple five-point plan that would ensure China pays for its actions.

First, America must boycott the 2022 Olympics in Beijing. Jimmy Carter led such a boycott of the 1980 games in the Soviet Union when the stakes were far lower. We must repeat this action, as we cannot ever reward a regime that has caused such carnage on a global scale. We simply cannot afford to allow China to wrap itself in the spirit of the Olympics and whitewash its actions. That would be unacceptable and morally wrong.

Second, we should adjust our diplomatic strategy to fit the times, which means stronger ties with Taiwan, unafraid of Beijing's bullying response. China’s Communist Party considers Taiwan a renegade province, but now is the time to consider full diplomatic relations with Taipei — even a visit to the White House by President Tsai Ing-wen. We should no longer abide by outdated diplomatic arrangements that only help Beijing crush a vibrant democracy, one that tried to warn the world about the coronavirus — but was silenced.

We must, once again, make human rights one of the central pillars of our conversations and policy choices with China.

Third, we must do what we can to turn what makes China stronger by the day — its growing economic power thanks to U.S. consumers — into a weakness. If a product is imported from China to the U.S. a clear “Made in China” label needs to be placed on the front of the package. Warning labels are the only way to force American’s to understand how, through our purchases, we are transferring trillions of dollars of wealth to China. If we truly want Americans to buy American, we first need them to understand what they are buying and from who.

Fourth, we must, once again, make human rights one of the central pillars of our conversations and policy choices with China. Beijing has at least a million or more Muslim Uigurs in concentration camps, controls the actions of its citizens through an expanding Orwellian social credit system and crushes any religion or faith-based organization that it does not control. The Trump administration needs to shine a beacon on these human rights abuses and make Beijing try to defend the indefensible.

Finally, China must pay a financial penalty for the coronavirus crisis. Americans must be able to sue China for any actions that resulted in the loss of life or financial hardship. This would mean amending, as Sen.Tom Cotton, R-Ark., has argued for, the Foreign Sovereign Immunities Act so U.S. citizens can sue in court for damages. Only the severest financial penalties, including having their assets seized by Americans, can make China, or any other nation, understand that such misbehavior will not go unpunished.

These, and perhaps other strong steps, will ensure that China does not get away with its actions and understands that the United States and other like-minded nations will not allow hundreds of thousands of lives around the world to be forgotten. If Beijing did cause this pandemic and the world does not collectively punish Communist China, we ensure that we will suffer such a crisis again.