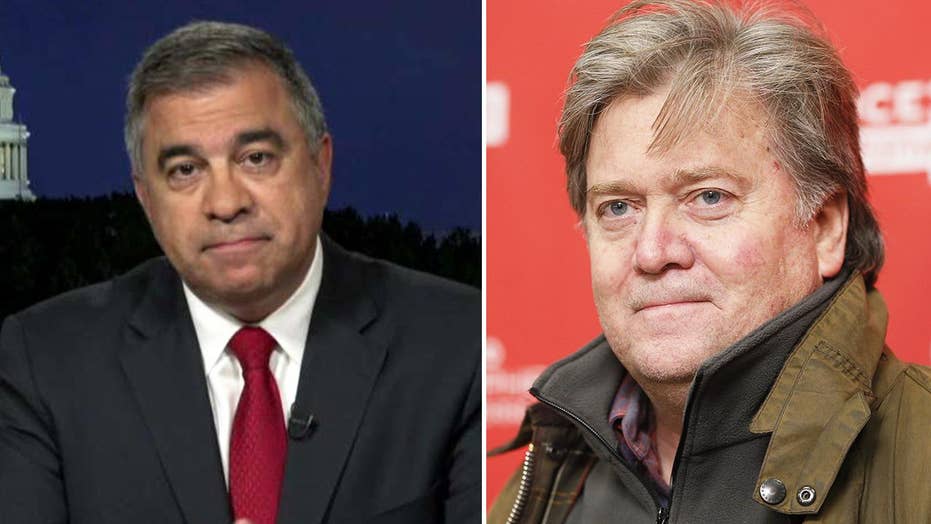 There’s been a lot of talk recently about the 2018 U.S. Senate midterms and Americans who prefer conservative Washington outsiders as candidates have much to be happy about.  Since the American people elected the ultimate political outsider Donald Trump as president of the United States in 2016, establishment Republicans in Washington have done little to convince these voters that they got the message.  The status quo in Washington is still failing, the president’s agenda is stalled, and that is emboldening anti-establishment conservatives to run for the U.S. Senate.

It’s a simple equation.  If Congress passed some of the big ticket items that they promised, there would be less oxygen for challengers.  That being said, principled Washington outsiders are lining up to either take out liberal Democrats up for re-election in states that Donald Trump carried, primary RINO Republican Senators like Jeff Flake, or run for open seats.

My organization Citizens United Political Victory Fund has been involved in midterm elections such as these for a long time.  We take them seriously.   We’ve had some great success stories, and we’ve learned from our mistakes in the races we’ve lost.  We analyze each race on the merits, state by state, candidate by candidate.

In West Virginia, conservative all-star and twice elected state Attorney General Patrick Morrisey is the change agent and outsider in the race.   We’ve supported Morrisey in the past and his record as AG indicates he’ll come to Washington to fight for the reforms that Republicans have been promising for a long time.  He’s running against establishment darling Congressman Evan Jenkins in the Republican primary who was a Democrat just a few years ago.  Morrisey can draw the contrast necessary to defeat incumbent Democrat Joe Manchin in the general election next November.

What’s more important is a candidate’s mindset. Are they satisfied with Washington’s record? Are they determined to fight for and not just talk about conservative reform? Are they willing to speak truth to power in the intimidating marbled halls of Congress?

In Arizona, Congressman Paul Gosar would be a dynamite conservative reformer to retire the anti-Trump, pro-amnesty, pro-Washington candidate Senator Jeff Flake.  If you want to listen to the conscience of a true conservative, talk to Paul Gosar.   In Ohio, my longtime friend and conservative ally Josh Mandel is well-positioned to defeat status quo supporting career politician Sherrod Brown in this high stakes rematch.  Mandel is an unabashed supporter of President Trump and will fight for the critical economic reforms that carried the president to victory in Ohio in 2016.

In Missouri, I was proud to be an early supporter of Josh Hawley for Attorney General and will support him again in his race for the Senate against liberal incumbent Claire McCaskill.  When I was talking up AG Hawley around the country earlier this year, establishment types were very cool to him and were talking up their own preferred choice at the time.  We were drawn to Hawley very early because of his fine work fighting for religious liberty in the Hobby Lobby case at the U.S. Supreme Court.    In Tennessee, we worked hard behind the scenes to rally behind Marsha Blackburn, a longtime friend of the conservative movement.  This was critical in order to keep the anti-Trump establishment candidate Governor Bill Haslam out of the race that will fill retiring Senator Bob Corker’s seat.

In Montana, Commissioner Matt Rosendale is a highly electable principled conservative who has won statewide in Montana recently and can turn out a dedicated conservative primary vote as well.  When he ran for Congress in 2014, the establishment supported another candidate in the primary.  I’m glad they’ve come to see the light this year.  Out of touch liberals in Washington got into Democrat Jon Tester’s head years ago and Matt Rosendale is the candidate who will defeat him in 2018.

These candidates will help bring change to Washington and continue the trend of principled conservatives joining the Senate Republican conference.   It’s not enough to throw out meaningless statistics that say someone votes with President Trump 90 percent of the time, because the other 10 percent are the truly tough votes in which career politicians make a living out of heading for the hills time after time after time.  What’s more important is a candidate’s mindset.  Are they satisfied with Washington’s record?  Are they determined to fight for and not just talk about conservative reform?  Are they willing to speak truth to power in the intimidating marbled halls of Congress?   Do they have the courage to take on the entrenched status quo?   Those are the questions that matter.   The candidates I mentioned above all share this mindset and are dead serious about coming to Washington to change it.  It’s amazing how desperate the Washington establishment now looks trying to claim some of these conservative candidates as their own.