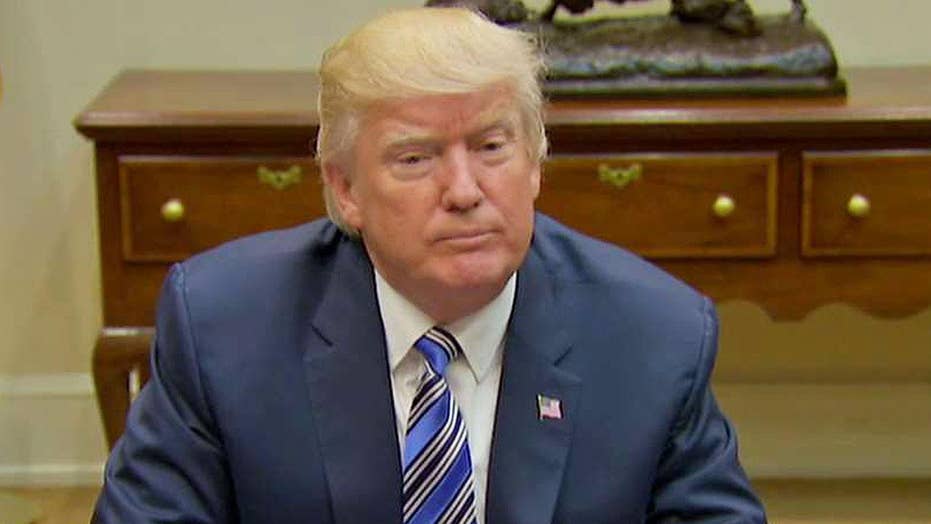 Trump on Comey testimony: I wish him good luck

For nearly two weeks, it’s been all quiet on the James Comey front. No government leaks, no friends of his issuing veiled threats, no reports of his memos to himself mysteriously becoming public.

Until yesterday, when the dam sprang a few leaks. The full deluge comes Thursday, when the J. Edgar Hoover wannabe spills to Congress. Then it will be all Comey, all the time.

It also will be all hell breaking loose between Comey and the president who fired him.

The television networks certainly hope so, and, smelling blood, they’ve cleared their schedules for what they hope will be a historic event. They’re thinking “Gunfight at the O.K. Corral,” and depending on what the former FBI boss says, and how President Trump responds, their wish could be granted.