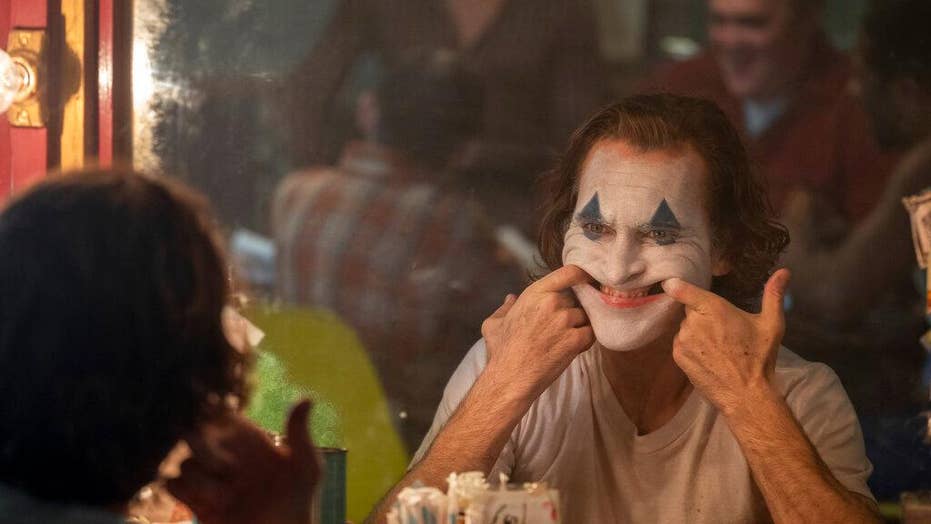 As I walked out of the “Joker” movie, one burning question resounded in my head: Why? To say it was disturbing would be an understatement. The gut-wrenching film upset me for reasons beyond its gore.

I didn’t walk in blind. I had seen the trailer months before and had scanned articles warning of the film’s potential to inspire violence. I was hesitant to go, but in the end agreed to see it with my husband, anticipating to be upset by what I’d heard from critics: a story that excused if not glorified evil.

When asked about whether he felt the film was irresponsible in the way it depicted violence, director Todd Phillips told reporters at the New York Film Festival, “Isn’t it a good thing to put real-world implications on violence?”

GUTFELD ON 'JOKER' AND REAL MANIACS

Is it? I often worry our society has become so obsessed with experiencing the world through our emotions that we are increasingly losing sight of what’s really important, valuing the shock factor above all else. As a result, we’re left with "Joker," a movie that goes out of its way to make the viewer feel uncomfortable, yet has succeeded astronomically in box office sales. Why? I couldn’t shake the question as I watched scene after scene.

We’re clearly meant to feel compassion for the Joker as we watch him experience both physical and psychological abuse throughout the film. Some argue the decaying state of Gotham is meant to be a reflection of our own society. Yet, Warner Bros insists: "Neither the fictional character Joker, nor the film, is an endorsement of real-world violence of any kind."

So if the film’s goal is NOT to create an anti-hero out of the Joker, what is the main takeaway?

In my opinion – above all – the main takeaway is that viewers are meant to feel something, perhaps simply for the sake of feeling something. People should be cautious about latching onto the emotions evoked by this dark film. While the story seems to mimic reality, it lacks a key element of truth.

As a Christian, I believe wholeheartedly that despite all of the tribulation in the world, God presents hope for every human being on Earth – no matter how dark their circumstances may be.

I don’t pretend to comprehend the pain and trauma of someone who has a mental illness, as the Joker character is depicted, but I do know what God tells us in the Bible: “He is close to the brokenhearted and saves those who are crushed in spirit” (Psalm 34:18)

Throughout the movie, the Joker begs people to listen to his cries for help – to show him just a little bit of warmth in a world of anguish. When they don’t, the film depicts his last (and only) choice is to resort to violence.

But therein lies the problem with the whole story. Although people should treat each other with compassion – as God commands us countless times in the Bible – unfortunately, because we are fallen in sin, many fall short.

There is a sad truth – as the film showcases – that we can’t rely on fellow human beings to make us feel whole. But what the movie misses – and the most important point of all – is that hope is not lost. We all have access to a Savior who can fill the void in our hearts.

We should all seek to know God better, and ask Him to use us as lights in a world where there is much darkness and seeming hopelessness at times. As Christians, it's our calling to show love and compassion, because we can never know another person’s struggles.

With that in mind, I can confidently say if the Joker character were a real person, there would have been gleams of hope for him along his journey, because that IS the reality of the world God created. He cares about all of His children, and makes every effort to bring all of them back to His loving arms. I hope people are careful not to mix up fiction with reality, no matter how similar it may appear on the surface.

"For you were once darkness, but now you are light in the Lord. Live as children of light." (Ephesians 5:8)

Christen Limbaugh Bloom is the creator of Haplous, a Christian blog for women seeking peace in a stressful world. Her writing focuses on practical “baby steps” individuals can take when pursuing a relationship with God. Christen is a Missouri girl turned Manhattanite who loves God, her husband, iced coffee year-round, and connecting with other women. You can follow Christen’s blog on Instagram at @haplous_official and her website at www.haplousofficial.com. ​​​​​​