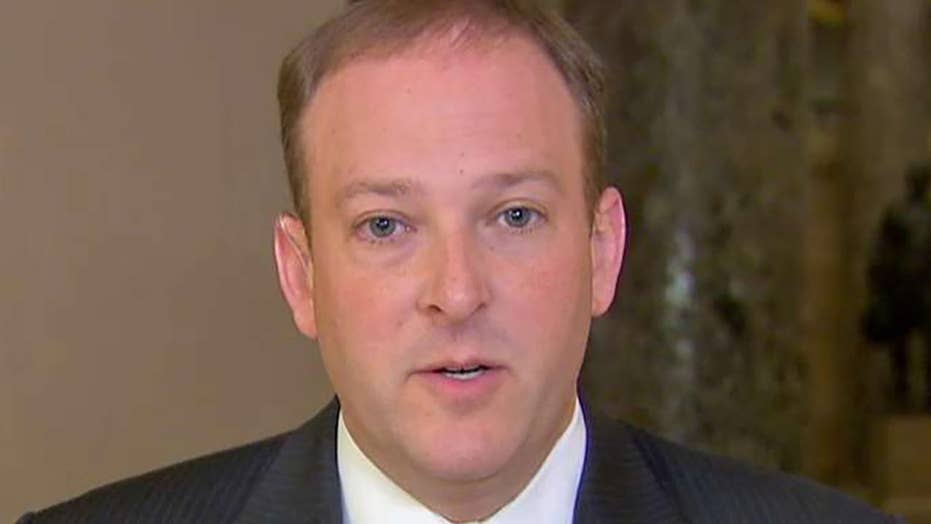 Zeldin: Schiff may be much more connected to origins of whistleblower complaint than previously reported

Democrats and Republicans have been fighting over whether the person who filed a complaint about President Trump’s July 25 phone call with Ukrainian President Volodymyr Zelensky – sparking the impeachment inquiry now underway against Trump – should be called to testify publicly.

We believe the person, who is not technically a whistleblower, should be required to testify before the House Intelligence Committee. Democrats who control the committee disagree. They killed a motion to subpoena the so-called whistleblower, who has said through his attorney that he wants to remain anonymous.

Here’s why the person filing the complaint should testify:

Impeaching and removing a president is perhaps the most consequential thing Congress can do, short of declaring war. Impeachment and removal turns our representative democracy on its head, nullifying the last election.

In the case of a first-term president, impeachment deprives the American people of the chance to pass judgment on his actions and decide if they want to reelect him.

Impeachment is designed to be a constitutional failsafe, a measure of last resort to save the republic from imminent harm posed by the executive.

Public understanding of such a grave step and confidence in its legitimacy demand that Democrats show that the impeachment proceedings now underway are more than simply an exercise of raw partisan politics.

The American people need to know as much as possible about what the president is accused of. Yet the impeachment inquiry against Trump has been marked by secret proceedings, rules favoring one party over the other, and explosive accusations by people who may not even have firsthand knowledge. These are not the marks of a legitimate process. Indeed, they actively undercut the people’s trust.

As then-Sen. Joe Biden said during President Bill Clinton’s impeachment in 1998: “We in Congress had better be very careful before we upset [the people’s] decision and make darn sure … that our decision to impeach him was based on principle and not politics.”

Biden, who went on to become vice president and is now seeking the Democratic nomination to challenge Trump for the presidency next year, was right 21 years ago and his position is the right one today. Not surprisingly, Democrats are far more eager to impeach Republican Trump than they were to impeach Democrat Clinton.

As the House moves toward what appears to be Trump’s likely impeachment (followed by his likely acquittal in a trial in the Republican-controlled Senate), Democrats will need to gather all the facts and present them openly and honestly to the American people.

That means that the complainant needs to answer important questions like:

How did you learn about the Trump-Zelensky call?

Did you have any firsthand information?

Who provided you with second-hand information?

Why did you think this person or persons were trustworthy?

Did the accounts you heard from those sources differ from the memorandum of the call released by the president?

Many more questions need to be asked, of course.

The complainant’s attorneys have said he is willing to answer questions in writing, but that’s not sufficient. The American people need to weigh his credibility. Pieces of paper can’t answer questions.

And there are a lot of questions. As the intelligence community Inspector General noted, the complainant had significant ties to one of the current Democratic presidential candidates.

According to some media reports, the complainant is a registered Democrat who worked for then-Vice President Biden in addition to former CIA Director John Brennan and former National Security Adviser Susan Rice.

If any of these and other unverified reports about the so-called whistleblower are true, then there is good reason to think the complainant is more like a partisan double agent than a true whistleblower.

And especially because it appears the complainant lacked firsthand knowledge of the events he complained about, there’s the question of who did. And why did they seek him out to pass their information along?

Motive matters. If impeachment is to be anything other than a partisan assault on our democracy, a bipartisan consensus must agree that politics was not the animating factor behind the complaint as well as the subsequent impeachment inquiry.

Current House Judiciary Committee Chairman Jerrold Nadler, D-N.Y., had some good advice back in 1998, when he was already serving in the House.

“There must never be a narrowly voted impeachment, when impeachment is supported by one of our major political parties and opposed by the other,” Nadler said 21 years ago.  “Such an impeachment will produce divisiveness and bitterness in our politics for years to come and will call into question the very legitimacy of our political institutions.”

Congress should heed that old but wise and very relevant advice of Joe Biden and Jerrold Nadler today.

Thomas Jipping is deputy director and a senior fellow at the Heritage Foundation’s Meese Center for Legal and Judicial Studies.