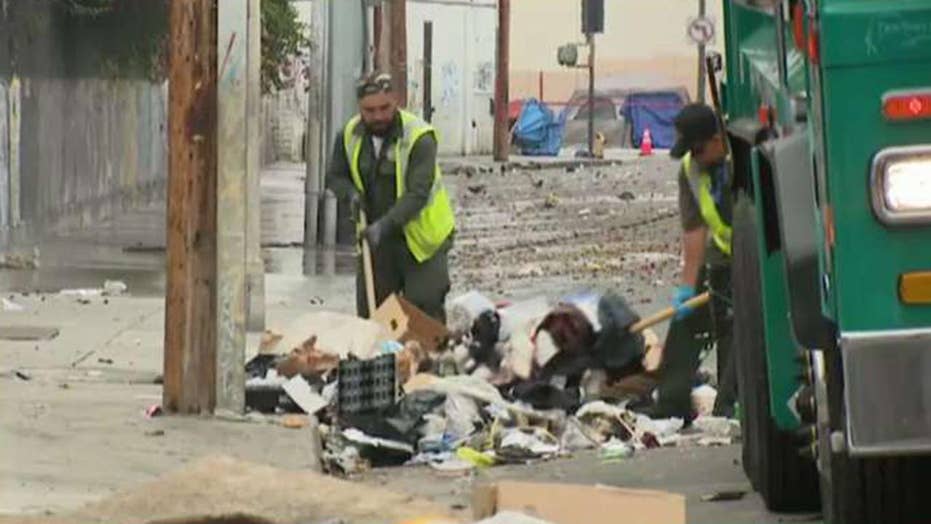 Rising homelessness in California has spurred a rodent boom and resurgence of medieval disease. So naturally Democrats in the state legislature want to ban rat poison.

Earlier this year a rat infestation in downtown Los Angeles near a homeless encampment led to an outbreak of typhus. CatsUSA Pest Control, which was hired to investigate, warned that “poor sanitary conditions” including human waste and hypodermic needles created a “harborage for rodents.” In Los Angeles County cases of flea-borne typhus more than doubled since 2012, with 109 cases reported last year.

L.A. isn’t alone. There were so many rats scurrying around the California EPA office in Sacramento this summer that the agency had to close its outdoor playground to prevent children from getting sick. After California’s EPA applied rat poison, environmentalists howled that the pesticide could harm species that prey on rats.

Democrats in Sacramento are now moving legislation to ban “second-generation” rodenticides that are more potent than earlier poisons against which rats have developed immunity. “Predatory species, such as raptors, bobcats, and foxes, regularly consume rodents as part of their diet. Poisoned rodents also become more lethargic and exhibit abnormal behavior,” a bill analysis notes. But “data are less conclusive in pointing to [anticoagulant rodenticides] as the specific cause of death in necropsied animals.”

CLICK HERE TO CONTINUE READING THIS EDITORIAL IN THE WALL STREET JOURNAL.