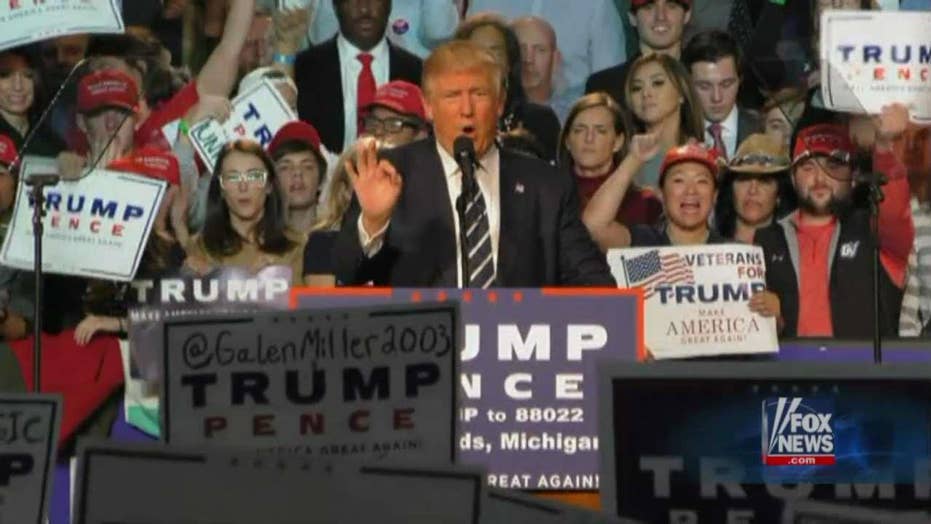 Bias Bash: Cal Thomas weighs in on how the media is portraying Trump's future presidency

It didn’t take long. Journalists, editorial writers and columnists who hate Donald Trump and consistently opposed his election are now advising him what not to do.

Newspaper headlines claim Trump is pulling back on his campaign promises. Editorials encourage him not to do everything he pledged, although his pledges are what got him elected. The ACLU bought a full-page ad in The New York Times, vowing to use its army of lawyers and volunteers to thwart Trump’s agenda.

Since everyone else is offering advice, here is mine: Begin with the economy. Propose to Congress cuts in individual and corporate taxes and a plan to do away with the tax code, replacing it with a flat or fair tax.

On illegal immigration, start building the wall, but announce that to help pay for it a toll system will be implemented, charging people who cross our southern border in each direction. Drivers have to pay tolls to get in and out of Manhattan. Why not tolls for getting in and out of America? The new president could also ask for contributions from the public to help build the wall, which can bring in additional funds. We’ll see if Mexico pays anything.

Trump says he will forgo the $400,000 presidential salary. Here’s a better idea. Take the money and donate it to scholarships for poor children so they can escape failing public schools and get a decent education for a better future. This could be done immediately while waiting for Congress to pass a school voucher plan and would encourage others to make similar contributions to charitable scholarship funds.

The Heritage Foundation, a conservative think tank based in Washington, D.C., is again playing a central role in the transition. Many of its ideas on domestic and foreign policy are posted at heritage.org. Heritage provided many policy suggestions to Ronald Reagan, which he embraced during his two terms.

A source familiar with what is occurring inside the transition tells me “landing teams” from Heritage will be visiting federal departments and agencies beginning Wednesday to ask questions and retrieve information for the new administration. They will be reminded that President Obama is president until Jan. 20 and to be “respectful.” We only have one president at a time.

The Trump administration plans to follow Speaker Paul Ryan’s advice and “go big, go bold.” Hundreds of executive orders are being prepared, along with language members of Congress can use to formulate new legislation and repeal old laws. These include school choice, repealing and replacing most of Obamacare and reversing various social engineering orders, such as transgender bathroom requirements.

The transition team is combining the New York and Washington offices and entering what was described to me as the “execution stage,” moving from policy pronouncements, to enactment.

Conservatives should be encouraged that vice president-elect Mike Pence has been put in charge of the transition. He is a rock-solid conservative who will be helpful in making sure people who hold conservative views are placed in key posts. The emphasis should shift from ideology to what works. If, for example, poor children are liberated from government schools and their grades and outlook on life improve, their testimony will be evidence enough that school choice has been a success.

Here’s another suggestion. The major media hate Trump and always will. At his press conferences, he should include more conservative journalists who will eschew “gotcha” and “what do you say to people who say” questions and seek to obtain information of use to the public.

This will be the Republicans’ last opportunity for a generation to show their ideas work and promote the general welfare. The possibilities are great if Trump and Pence and the Republican Congress ignore critics who want them to fail and press on to receive the prize that success will bring, not only to them and the GOP, but to a nation that longs for it.