It must be nice to wake up a 2019 Morehouse College graduate this week. Not only did you graduate from a good four-year university but thanks to billionaire and philanthropist Robert F. Smith, all of your student loan debt is gone. Poof.

What an incredibly generous man. (Seriously, Mr. Smith, if you’re reading this and feeling even more altruistic, don’t hesitate to call EdFinancial for me). If every person of considerable means reached back into their community with a helping hand, perhaps some of the Federal Reserve’s estimated $1.5 trillion in student loan debt plaguing this country (particularly amongst the millennial generation) would dissipate. However, let it be clear this isn’t an advocation for handouts. If you incur any type of debt, you should be prepared and willing, even if begrudgingly, to pay it off yourself.

But the rest of us aren’t as lucky as those Morehouse grads. When 44 million Americans aren’t trying to club the Goliath of interest alone on student loans, there’s little room left to invest. Think that’s an over-generalization, think again. A 2017 GoBankingRates survey showed that young millennials, between the ages 18 to 24 years old, possessed less than $1,000 in their savings accounts. If something goes wrong, let’s hope those kids have mom and dad on speed dial to help. In that same survey, nearly half had nothing saved at all. 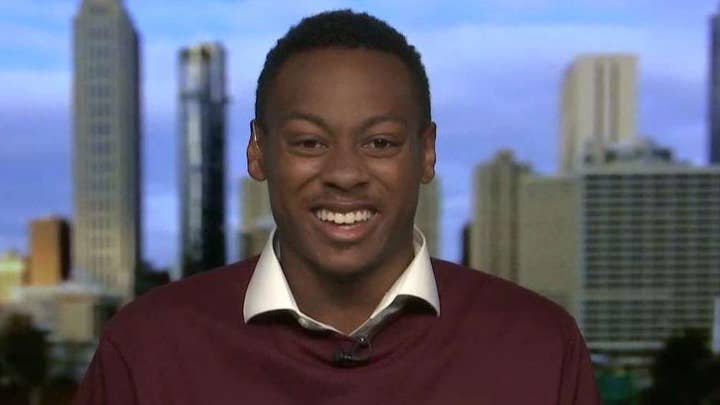 Look, at a time in life when Taco Tuesdays and weekend drink specials keep you mentally afloat in surviving the underpaid 9-to-5 cubicle life, that statistic isn’t overly concerning. Most recent post-college graduates are broke. I certainly was, as a 24-year-old making $37 grand a year, lugging a 30-pound camera while shooting and editing my own video for reporting assignments. I got myself around a metropolitan area in a used, beaten-up Ford Focus. Let’s just say the savings account wasn’t robust.

The more alarming statistics lie in the older batch of millennials, the largest generational group since the baby boomers. In 2016, 31 percent of GoBankingRates survey respondents had no money in their savings. Zero. Zilch. That rose to a whopping 46 percent in 2017.

Ordinarily, statistics should be used sparingly as to not bog down the reader. But, here lies an exception because it needs to hit home. In that same GoBankingRates study, “older millennials” are struggling big time. Sixty-one percent have less than one thousand dollars in their savings accounts. Another 41 percent reported nothing. Whether it’s Bank of America or PNC, other polls reflect similar numbers.

Essentially, not only are young Americans saddled with a historically large student debt number, they’re not saving.  Recently, I asked followers on social media where they stood with their savings. Overall, the messages pleasantly surprised me. Some said they had anywhere between $100,000-to-$200,000 stored away (if you read that and gasped, know that was the very rare exception). But many respondents reported they had stashed cash away in the double digits.

Most admitted that they’re cognizant of the need but also concerned about trying to make ends meet. Here are a few:

“I put $50 a week away in my savings every Friday. Automatic withdrawal to savings.”

“Don’t have savings. Need to pay rent and have little money left for myself. I need to find a cheaper place.”

“Lol nope. One hundred …have a pension from work and a separate 457 differed compensation set up that I put money in..I’m 33 lol.”

Graham Allen, a popular Conservative pundit for Blaze TV, said he started saving in his late 20s and early 30s. That’s similar to my experience. Instead of that fleeting pride felt over an expensive bag or an extravagant purchase, there’s an overwhelming satisfaction at growing an account towards the future.

More millennials need to recognize this. We are not merely the statistics of pessimism or under-performance. But those statistics are worth knowing to scare us straight. Savings, just like educational milestones, is something that costs money -- but has a lasting reward.

For those of us who don’t have a billionaire paying off the first burden of educational debt, know that you can get through it. As you pay those loans every month, still try to save a little with each paycheck. Just anything. Because down the road, in the all-too-distant future, that anything will become something substantial.