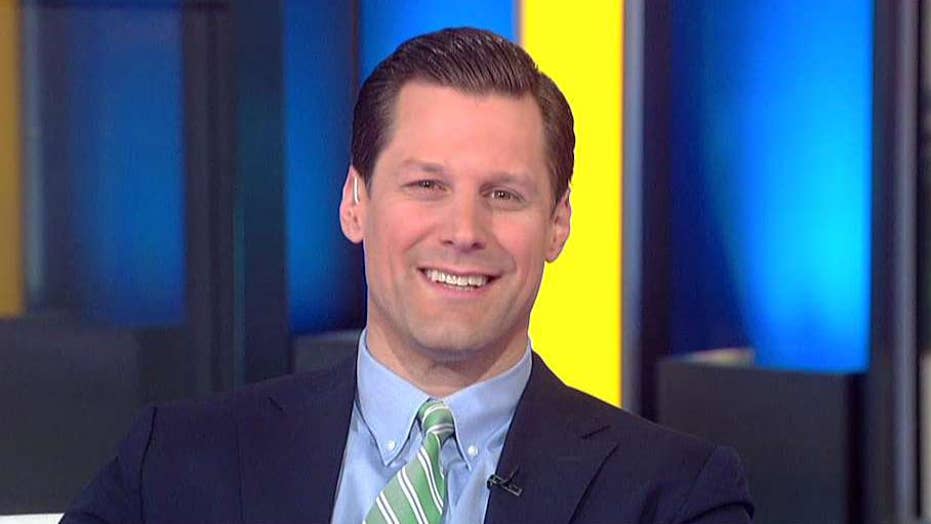 The number of U.S. college graduates with student loan debt has hit an all-time high. What can be done to avoid being caught in a trap?

The financial realities of life after college can be a rude awakening for students who borrowed their way through school and are sitting on a pile of debt. Staying out of trouble means making smart choices right from the start. Here are three steps this year's college grads can take to set themselves up for long-term financial success.

STEP 1: Build a real budget around your financial realities

First, build an honest budget around real financial priorities. Most students aren't paying off any debt while they’re in school, so the cost of all that borrowing is hidden from them. When you’re living off someone else’s money, it’s easy to develop some bad spending habits. Peer pressure, escalated by social media, can cause many students to overspend on little things that make for nice photos but add up quickly – eating out, new clothes, that local-organic coffee indulgence.

Even worse, those spending habits can really snowball after graduation. Along with a steady paycheck comes even more social pressure to keep up, but now the dollar amounts are bigger – rent for the apartment in the right part of town, the post-graduation overseas trip, the new work wardrobe.

What gets lost in all this spending is the thing that never shows up in an Instagram feed – the mundane, frustrating need to pay off student debt and credit card bills. The result is that too many young people revert to simply making minimum payments on their loans, or even skipping payments altogether. That's a recipe for digging yourself deeper into the debt hole.

Even though it won’t get many “likes” online, the second step to post-grad financial success is paying off debt “fast and full.” Two-thirds of college students graduate with student loans and even more have a credit card. The problem is that a shocking number don't know how badly interest can hurt them if they get behind on payments.

Roughly 1 in 5 college students don't understand what happens when you choose a slower debt repayment plan, and nearly half don't understand the full consequences of missing a payment. As a result, they too often get lured into making minimum payments. But that’s a game you’re guaranteed to lose.

Consider this simple example: The average credit card debt in America is roughly $6,000. If you pay it off in full, you'll pay exactly that, $6,000 – just what you borrowed. But if you make only the minimum payment each month, you'll end up paying an additional $4,000 in interest, nearly doubling the amount you actually borrowed! You've got better uses for that money.

The key with debt and interest is to pay fast and full. Go for the fastest loan repayment schedule you can muster and then pay your full balance every single month. And if you can make an extra payment every three or six months, do it. In the short term, it might mean taking a cheaper apartment, having more roommates, and skipping brunch more than you'd like. But it's going to allow you to do more of the things you love down the road. And, more importantly, it's going to set you up to be ready sooner for other big financial commitments, including buying a home, raising a family, and responsibly preparing for retirement.

The third key to long term financial success for college grads is to resist following the herd to graduate school. That might sound like odd advice coming from a college professor, and that’s exactly why it’s so important. Over the past few years, I have spoken to thousands of college students around the country. Many confess that they’re not quite sure what to do after graduation, and an alarming number think the answer to not knowing what to do after schools is … more schooling.

The dirty secret is that universities want your money, and so many are motivated to keep you as long as they can – first as undergraduates, then in master’s programs or law school, or maybe even a PhD program. That can sound appealing to students, because they know how to navigate the college world, unlike the job market, which is new, confusing, and uncertain. As a result, the path of least resistance for many college graduates is to just start another degree, amassing more debt and missing out on more and more income along the way. Worst of all, they’ll get praise from their professors because that's what their professors did, too.

It’s a costly mistake. Inflating the number of your degrees isn't going to make you impressive to most employers. But it will inflate your expectations of what you're worth, making it hard to get a decent, honest first job.

Today's grads have a real advantage – the economy is booming, pay is rising, and employers are dying for talent. Don't squander this gift. The best way to start building skill, experience, a track record – and pay down your debt – is to get a job. Graduate schools will always be happy to have you and your money, and there may come a time when a graduate degree really makes sense. But your first priority should be getting someone to pay you, not the other way around.

The financial reality of life after college can be daunting, but it’s not complicated. Budget wisely, prioritize paying your debt and get to work. They're three choices you won't regret, and they’ll look better and better the further along in life you go.