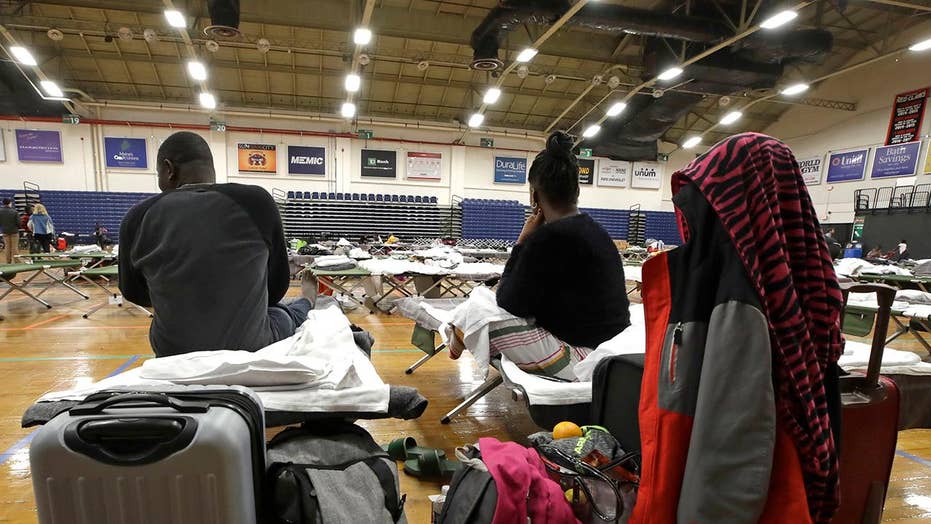 Migrants from Congo and Angola arriving in San Antonio, Texas and Portland, Maine

Former immigration judge Andrew Arthur weighs in on the record number of African migrants at the border.

One of the great qualities of our federal system is how it allows the states to operate as “laboratories of democracy.”

The late Supreme Court Justice Louis Brandeis coined the phrase to describe how a “state may, if its citizens choose, serve as a laboratory; and try novel social and economic experiments without risk to the rest of the country.” It’s a model that has served our nation well – until now.

As America’s internecine struggle over immigration continues, bureaucrats are creating “laboratories of democracy,” but with a twist. The federal government is forcing refugees onto states and determining where they will be placed.

Asylum seekers, by contrast, have more say over their destination and often gravitate to places where family or friends from their homelands have already settled. Still, some states have embraced their selection as refugee laboratories. The experiment serves to answer the question: What would happen if we encouraged and accepted seemingly infinite numbers of asylum seekers into our communities? The results are coming in, and they’re not pretty.

Take Maine, long known as a popular tourist destination of rugged coastlines, dense forests and lobster tails. At the beginning of the 21st century, Maine began to attract Somali immigrants in the Portland and Lewiston areas. Perhaps because of its open-door reputation, Maine today is overwhelmed with asylum seekers from the Democratic Republic of Congo and Angola.

Local gyms have been converted into makeshift shelters and elected leaders are debating how the community will pay for all the generosity. Cash-strapped Portland alone is facing a bill of over $1 million to accommodate a migrant flow that is almost certain to increase. 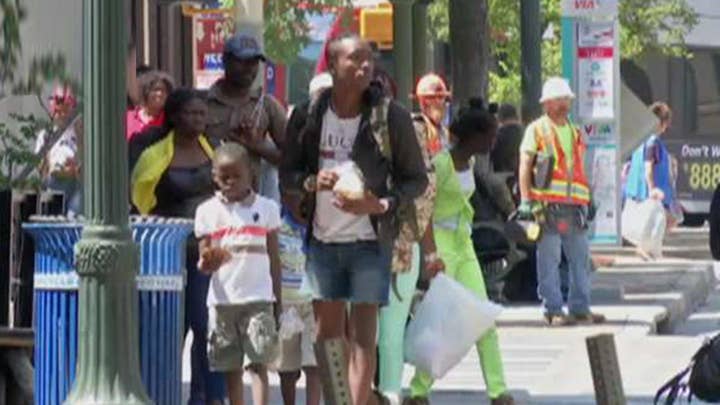 While local media are hailing the influx as an “opportunity” that will improve the community, the sentiment is not unanimous. Former Gov. Paul LePage blasted his successor, Janet Mills, for encouraging the migration and ignoring the needs of citizens in Maine who are struggling.

“The State of Maine has a responsibility to care for our elderly, homeless, and disabled who’ve been left behind before we can address the needs of newcomers,” he said.

Then there is the health risk. The Democratic Republic of Congo is currently suffering through an Ebola epidemic so bad that the World Health Organization is considering declaring an international emergency there. Normally, asylum seekers are subject to a health check and quarantine if necessary before entering the U.S.

However, Acting Homeland Security Director Kevin McAleenan recently admitted that, because of the overflow at the border, thousands of border crossers and illegal immigrants are being released into the country every week without undergoing tests for diseases. Given these factors, a potentially deadly outbreak of Ebola in the United States seems almost inevitable.

Minnesota is another “laboratory.” When civil war broke out in Somalia in 1991, the U.S. State Department under the Clinton administration began routing large numbers of Somali refugees to the Land of 10,000 Lakes.

Of the almost 84,000 Somali refugees admitted to the U.S. since the Somali civil war, almost half were living in Minnesota by 2011. Despite the state’s frigid winters, its generous welfare benefits have been a strong magnet for more arrivals.

So how has the Minnesota experiment fared? In the Minneapolis neighborhood of Cedar-Riverside, dubbed “Little Mogadishu,” violent crimes increased by more than 50 percent in 2018. Law enforcement attributed the spike to Somali gang activity there. This is just one of many unpleasant statistics of growing criminal activity in the Minneapolis area.

The Somali community in Minneapolis has also become a hotbed of terrorist recruitment in the U.S. The FBI reported that 45 Somalis left Minnesota to join al-Shabab or ISIS, both Islamic terrorist groups. In 2018 a dozen more were arrested attempting to join ISIS.

Do these facts mean that every refugee to these states is a welfare sponge, an Ebola carrier or a terrorist? Of course not. It does, however, reveal an unmistakable truth: immigration policy that emphasizes compassion for refugees over a community’s best interests is often not good policy for the community.

If a town has a desperate shortage of people with a needed quality or skill and American citizens cannot address it, bringing foreign nationals in to fill that need may be an asset. Flooding an already challenged community with low-skilled people who are likely to struggle and have long-term dependence on social services may be “compassionate” to those people, but it is callous to the current residents who are likely to suffer its negative consequences.

The experiments in these states not only have produced uninspiring results, they violate the “without risk to the rest of the country” component of Justice Brandeis’ theory. Bad immigration policies cannot be contained within a city or state’s boundaries. Their effects can touch all of us, as the noxious “sanctuary” trend demonstrates.

All the more reason why a consistent, federal immigration policy with the country’s best interests as its guiding principle is desperately needed.

Brian Lonergan is director of communications at the Immigration Reform Law Institute, a public interest law firm working to defend the rights and interests of the American people from the negative effects of illegal migration.