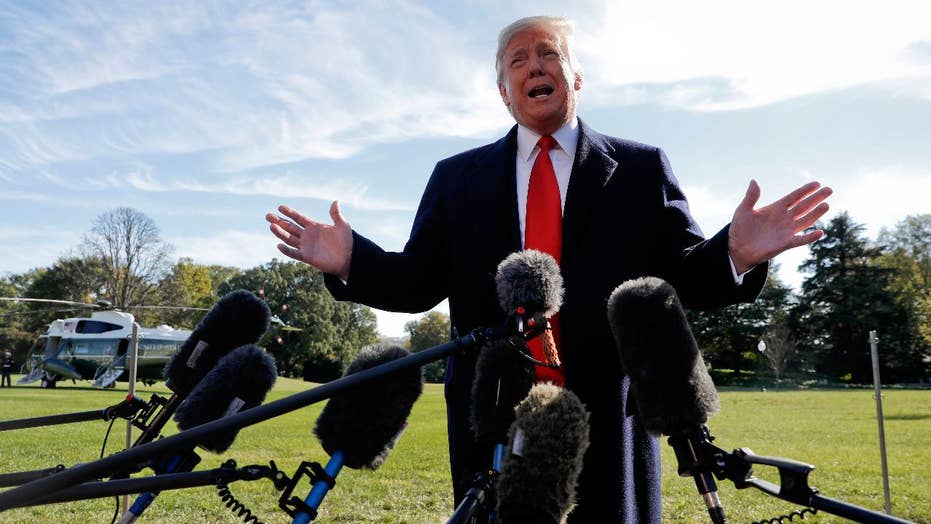 Trump: The GDP is an incredible number

President Trump on gas prices and the state of the U.S. economy.

This is no “sugar high” for the U.S. economy. To the great shock and disappointment of liberals who have been desperately hoping for an economic downturn, the U.S. economy once again blew away expectations, recording a 3.2 percent GDP growth rate in the first quarter of this year.

Even MSNBC described the quarterly growth as “extraordinary.”

Liberals have been predicting an impending recession for months. Frustrated with the obvious success of President Trump’s sweeping middle-class tax cuts – which they had claimed would result in “Armageddon” – Democrats next argued that the Tax Cuts and Jobs Act (TCJA) would only produce a “sugar high” for the economy. With each successive quarter that their predictions have failed to materialize, they’ve only become more frustrated with the economy’s long-term prospects.

Yet, contrary to their doom-and-gloom narrative, Q1 GDP growth exceeded economists’ projections by nearly a full percentage point, shattering the illusion that America’s economic engine is starting to sputter.

When Trump predicted this economic outcome more than three years ago, the Washington establishment snickered and scoffed, convinced that the pathetic economy Obama presided over was simply the “new normal.” 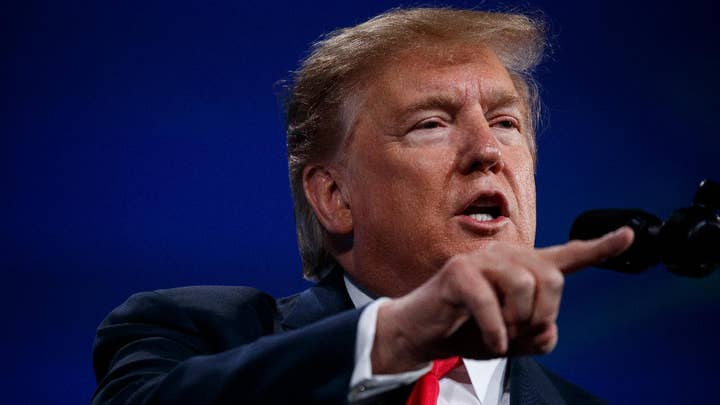 Those so-called “experts” were almost immediately proven wrong when growth hit 3 percent in the first full quarter after President Trump took office (Q2 2017). The economic trends have continued to defy their projections ever since – most spectacularly in the second quarter of 2018, when quarterly GDP growth hit an astounding 4.2 percent – forcing liberals to fall back on the “sugar high” theory to claim that the TCJA temporarily juiced the economy at the expense of future growth.

This is a robust economy that is thriving on a red meat-and-potatoes pro-growth diet of tax cuts, deregulation, fair trade policies, and a focus on domestic energy.

But that’s not what we’re seeing. Growth isn’t slowing down; it’s accelerating. And virtually every other measure only confirms that America’s economy is exceptionally healthy and robust.

The unemployment rate, which currently stands at an impressive 3.8 percent, has been hovering near a 50-year low for a full year now. Even with a record number of people already employed, there are significantly more job openings available in this country than there are unemployed workers to fill them. At the time of Trump’s inauguration, conversely, there about 2 million more people unemployed than job openings. In February (the most recent month for which the data is available) there were nearly 900,000 more job openings that people unemployed. Now that’s a Capitalist Comeback.

Wages have been growing steadily, too, increasing by 3 percent or more for eight consecutive months. The gains have been even greater for low wage workers in retail and hospitality where the increase has been close to 5 percent, showing that the benefits of the Trump economy are accruing to the “forgotten men and women” who were most severely impacted by the Great Recession and the malaise that followed. President Trump promised to fight for those neglected Americans when he was on the campaign trail, and he’s clearly kept that promise since taking office.

This isn’t a “sugar high,” no matter how much liberals wish it were as they nervously look ahead to the 2020 presidential election. This is a robust economy that is thriving on a red meat-and-potatoes pro-growth diet of tax cuts, deregulation, fair trade policies, and a focus on domestic energy.

The most recent GDP growth merely confirms what should have been obvious long ago to anyone without a partisan ax to grind: the U.S. economy is finally healthy again. This is a Trump Boom, period.