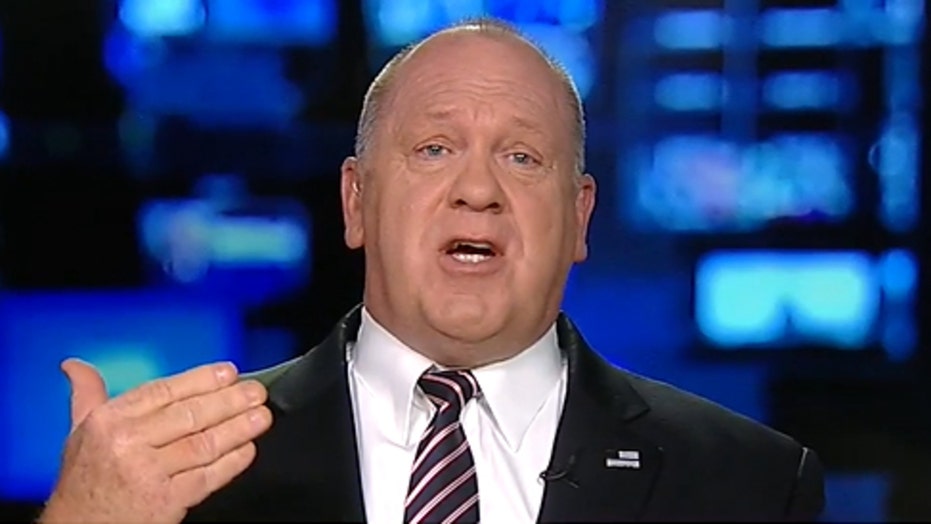 President Trump has achieved great success improving the security of our southern border, but hasn’t received the credit he deserves for doing so.

Unfortunately, congressional Democrats are so blinded by their hatred of the president that they criticize and oppose whatever he does, no matter how successful. But in truth, the president deserves the gratitude of every American for how he has dealt with the border crisis.

Democratic congressional leaders said there were “no caravans” of illegal immigrants entering the U.S. and claimed this was a “manufactured crisis.” But the world soon saw what President Trump was talking about – a humanitarian crisis that turned into a national security crisis.

Democratic leaders only became interested in dealing with the crisis when the conditions of detention worsened due to the large number of migrants who we were legally required to detain.

Until then, warnings by the president, the heads of the Department of Homeland Security and Customs and Border Protection, and me were ignored. In our warnings, we pointed out weaknesses in our border security and identified how they could be addressed to prevent the illegal immigration crisis.

For example, we said increased funding for the Department of Health and Human Services was needed to ensure that more housing was available for unaccompanied children entering our country illegally. We said more funding was needed for Immigration and Customs Enforcement (ICE) to create housing for illegal immigrant families.

Had these funds been provided, overcrowded conditions in detention facilities that Democratic lawmakers complained about would not have arisen. It was simple math, but these politicians would not assist President Trump because of their desire to see him fail, which blinded all common sense.

When a smaller surge of illegal immigrants took place in the 2015 fiscal year – when President Barack Obama was in office – Congress was quick to provide funding. Lawmakers funded the expansion of family detention from 100 beds to over 3,000.

The increased funding resulted in families being housed in residential centers that were designed for vulnerable populations. Medical, dental and mental health treatment for those who needed it was provided, along with schooling.

During the Obama administration, Congress also provided funding for Border Patrol holding facilities that were constructed before Donald Trump was even elected president. That’s right, the so-called cages – which I don’t consider cages – were constructed during that time.

Congress also funded increased detention for single adults and provided money to house children in licensed child care facilities. These children came to the U.S. unaccompanied by adults because parents hired a criminal organization to smuggle their kids into the U.S.

But the support of congressional Democrats for needed housing for illegal immigrants and other border security funding evaporated once Donald Trump moved into the White House.

Instead of working with the president and career federal law enforcement officers tasked with enforcing and carrying out the immigration laws and policies approved by Congress, congressional Democrats worked against them.

In addition to refusing to provide adequate funding to deal with immigrants entering the U.S. illegally, Democrats refused to fund a border wall needed to reduce the illegal immigrant flow.

Democratic elected officials around the country continued to declare their cities and states as sanctuaries for illegal immigrants, meaning they refused to cooperate with federal officials to enforce our immigration laws.

And the Democrats gave immigrants incentives to enter our country illegally – including free health care, free education, driver licenses and more. Many Democrats demanded that ICE be abolished and that we open our borders to one and all who wanted to enter, eventually awarding them citizenship.

Despite all these promises and enticements that attracted even more immigrants to enter the U.S. illegally, President Trump has continued his work and succeeded in decreasing the illegal entrants by 75 percent from the high point in May.

Without any help from Congress or the courts (except one decision), the president made major strides to secure our southern border despite the efforts of many to create chaos.

President Trump obtained agreements with Mexico that no other U.S. president was able to obtain. These included an agreement to put Mexican troops on their side of the border to reduce the number of illegal immigrants entering the U.S.

Another agreement said immigrants applying for asylum in America could remain in Mexico while their applications were under consideration. This has been a great success, but now the 9th U.S. Circuit Court of Appeals is trying to undo this policy. If the court is able to do this, it will create a surge of illegal immigrants once again.

President Trump has been in a constant fight but he won’t quit fighting for America. Don’t underestimate him.

The president has also begun building a border barrier, has sent unprecedented resources to the border, and has instructed the Justice Department to litigate ridiculous lawsuits – many of which the government has won.

Without help from Congress, President Trump has made America safer and has made our southern border more secure than it has ever been, keeping his promise to the American people.

Since the illegal border crossings are down 75 percent because of President Trump, we must ask ourselves: How many families didn’t spend their life savings to make the dangerous journey to our country believing the false promises of the cartels that they could stay here?

The data clearly show that almost 90 percent of Central Americans who claim asylum at our border are never granted asylum by the courts because they simply don’t qualify.

Doctors Without Borders conducted a study and found that 31 percent of women and girls are sexually assaulted making the illegal journey to the U.S. By reducing the number of immigrants coming here illegally, President Trump has reduced the number of such assaults.

The Border Patrol saved over 4,000 lives last year. And while we don’t know how many, President Trump must have saved additional lives by preventing many people from even trying to make the dangerous journey to enter the U.S. illegally.

President Trump’s command of this national illegal immigration crisis is exemplary. He has kept his promises to make our country safer in many ways and saved lives of countless illegal immigrants in the process.

Congress has the power to change our immigration laws or repeal them and fix a broken system. However, unless that happens, all elected officials – regardless of party – have an obligation to enforce the laws and safeguard our national security.